Decorate Your Lawn With a Life-Sized Jabba the Hutt Inflatable

If you've been stumped recently trying to think of the best way to outdo your neighbor's lawn decorations this holiday season, ThinkGeek might just have your solution.

$170 American dollars will get you the life-sized Jabba the Hutt inflatable lawn decoration pictured below. 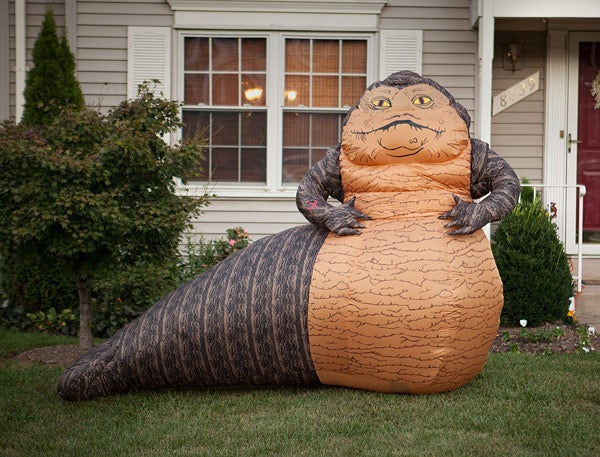 Standing 6 feet tall and 10 feet long, the Jabba inflatable said to be "intimidating" and will most likely stand out from the standard decorative yard fare you're sure to see this year.

Rings, the upcoming sequel to horror film The Ring, has been pushed from November 13 to 2016.

While Paramount Pictures hasn't revealed a specific date, Variety reports the film will likely debut sometime in the first quarter of next year.

According to the report, the delay may be related to Paramount's decision to have both The Big Short and Anomalisa bow before the end of 2015. 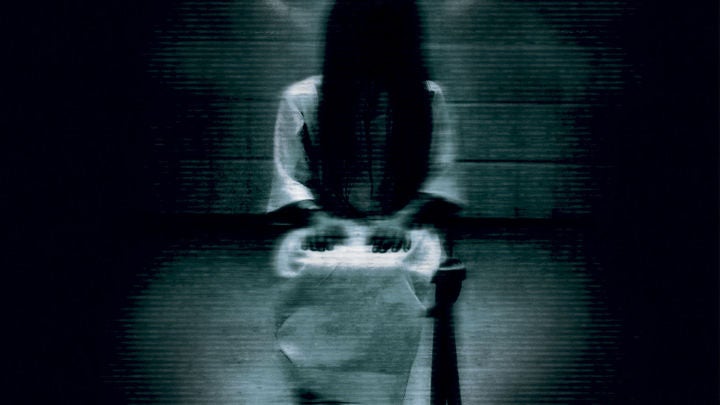 The LEGO Movie and 21 Jump Street directors Phil Lord and Chris Miller, along with Fox 21 Television Studios, are developing a cable television series based on the hit podcast Serial.

Deadline reports the series will "follow the making of the podcast as it follows a case." While the specific case has yet to be determined, we do know it won't follow the same investigation from the podcast's first season. Lord and Miller will executive produce the series alongside Serial co-creators Sarah Koenig and Julie Snyder, as well as Alissa Shipp, Ira Glass, and Seth Cohen.

Although it's estimated to see revenues of $800 million this year, Star Wars Battlefront may not be the remedy for Battlefield's steady decline.

GamesIndustry reports SuperData analyst and CEO Joost van Dreunen recently released a statement about his projected findings, citing numbers showing the newer installments in the Battlefield franchise declining on retail and digitally at a steady rate year over year. 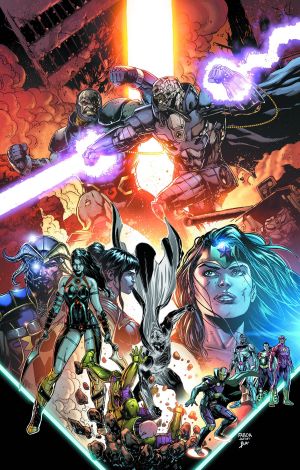 The issue kicks off with the forces of the Anti-Monitor and Darkseid engaged in combat, with the Justice League caught in between, and the two titans brawling one-on-one in the center. As the battle rages on, Darkseid gets desperate and summons the Black Racer -- who is pretty much Death himself wearing black ski gear -- which he uses to wound the Anti-Monitor.

Doctor Strange is gearing up for production to begin in November, but there is still much that is unknown about the new Marvel standalone movie.

I had a chance to speak with Marvel Studios president Kevin Feige prior to an event promoting the release of Avengers: Age of Ultron on Blu-ray (a Q&A after it revealed great new information on Spider-Man, Infinity War and the connections between the movies and TV shows). During our interview, he opened up about why Doctor Strange is going to be an origin story.

The beta for Tom Clancy’s Rainbow Six Siege has been extended to October 4, Ubisoft has announced.

"Not only will this give you all more time play, it will give us more time to collect more data, feedback and identify potential issues," the studio said in a post on its official blog.

"We’ve already identified areas for long-term improvement for launch on our dedicated servers and matchmaking, and we’ve also pushed several updates that have helped ease the experience for the short-term."

Tom Clancy's Rainbow Six Siege releases on December 1, 2015 for Xbox One, Playstation 4, and PC. Earlier this week, Ubisoft confirmed the game won't have a story-centric campaign.

The overwhelmingly positive reaction to Until Dawn came as a pleasant surprise to Sony, according SCE Worldwide Studios boss Shuhei Yoshida.

In fact, the Sony exec went so far as to call to Supermassive Games' PS4 exclusive a sleeper hit. "We can say it's a sleeper hit," he told Eurogamer at EGX. "Once it's recognized, originating with consumers, the marketing department can continue to support the title through Christmas with some creative ideas. I'm very happy with how the game was received."

Until Dawn's success, however, wasn't a result of a major marketing push from Sony, as the PlayStation manufacturer didn't advertise the game very much at all. Yoshida explained the reason behind this decision, pointing to its focus on promoting third-party titles this holiday season.

Driveclub: PS Plus Edition Getting Pulled Down Soon

Sony will remove Driveclub: PlayStation Plus Edition as a free download for subscribers October 6.

While reports are popping up that a Game of Thrones movie is in the works, author George R. R. Martin says that's untrue.

The movie rumors have dogged the series for years, with The Daily Star most recently reporting that Martin confirmed HBO and showrunners David Benioff and D. B. Weiss are working on a film. However, Martin has outright said that's inaccurate on his LiveJournal blog.

"Yes, completely false," Martin responded to a fan asking about the Game of Thrones film rumors. "No one is working on any movie just now. And if there was a movie, it would not be about Robert's Rebellion."