While Tweeting about his departure for studio Media Molecule, Head of Audio Kenneth Young may have teased when the PS4 game Tearaway Unfolded will release.

"I'll be working with my friends here

until we ship Tearaway Unfolded this summer. Then I'm going to have a rest!" Young said on his personal Twitter account.

Previously announced during Gamescom 2014, Tearaway Unfolded is the PlayStation 4 version of the original Vita exclusive Tearaway. It's not exactly the same game, however; rather than being a straight port from the handheld to the console, Tearaway Unfolded will feature a number of tweaks and enhancements, including a higher resolution, better frame rate, and a new control scheme.

A number of internet sleuths have spotted and cracked the secret codes hidden within the Batman: Arkham Knight "Gotham is Mine" trailer.

The first, hidden at the 0:07 mark in the trailer, contains a very hard to read code saying 7HLEE2zQl2e. 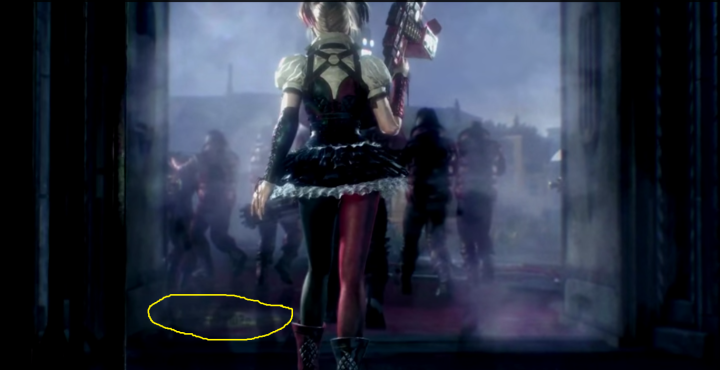 The second code, discovered at the 0:25 mark, reads pPL2a3Mn Ppi3mAMpyL2. 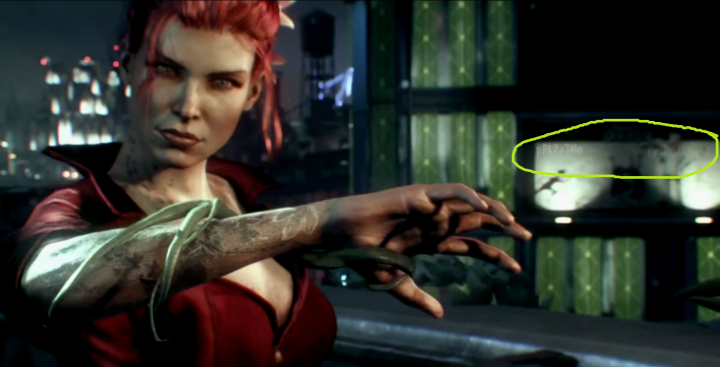 NBC's Parks and Recreation just wrapped up its stellar seven season run and the feels are still fresh. It's hard to believe that there will be no more new episodes featuring Leslie, Ben, Ron, April, Andy, Tom, Jerry and Donna but at least we can take solace in the fact that Parks built up a near-pristine back catalogue of classic chapters. So many, in fact, that this top 10 list was very tough to break.

Parks and Rec was able to be truly hilarious without being overtly dark and cynical. It was about joining, not quitting. Teamwork, not betrayal. Problem solving, not sabotage. And it contained one of the best and funniest TV ensembles of all time. So here's a peek back at some truly peak Pawnee performances - the Top 10 episodes of Parks and Recreation:

If you ever wanted to pit a Dovahkiin against Solid Snake to see who'd win, these Ultra Street Fighter IV mods give you a (kinda sorta!) chance to do so. Watch the video above or read on for the full scoop.

Technically these are just costumes for existing characters in the Ultra Street Fighter IV roster, so there won't be any FUS-RO-DAH'ing as a Dragonborn Zangief or Metal Gear shenanigans with Guile-turned-Snake, but you still get to look cool.

7 Last Man on Earth Movies Worth Checking Out

The end times, they are a-coming -- this Sunday, actually, when Will Forte’s great new FOX comedy The Last Man on Earth debuts. And that’s gotten us thinking about all the other last men out there…

Will Forte’s The Last Man on Earth Reviewed

It’s a genre many of us at IGN love, so let’s break down a few of the other Last Man on Earth movies that are worth checking out. A quick note, though: While the Last Man movies almost always wind up not being about just one guy (other folks or mutants or monsters pretty much always show up), we’ve decided to keep this list to just the films that depict a character who is essentially the only guy left for at least part of the movie in question. In other words, while end-of-the-world flicks like Mad Max and Dawn of the Dead are of a similar ilk, they would not count for this list. But with that said, let’s take a look at some Omega Men. Speaking of which!

SHIELD: Clark Gregg on the Introduction of Inhumans

Marvel’s Agents of SHIELD returns on Tuesday and suffice to say, there’s a lot for Director Coulson (Clark Gregg) to process, in the wake of the earthshaking events in the midseason finale.

I spoke to Gregg about the introduction of the Inhumans into the series and the Marvel Cinematic Universe, what Coulson knows or doesn’t know about recent events, including Skye’s Inhuman powers (and true identity as Daisy “Quake” Johnson), the show’s darker tone in Season 2 and more.

IGN: So much happened in the midseason finale, a lot of which right now, your character is not even privy to. He didn’t see any of that…

Gregg: How do you point that out to people?

Deadline revealed that Warner Bros. is developing a full-length animated feature based on the Adventure Time series, which follows the adventures of 12-year-old Finn the human and his best friend Jake the dog who embark on various quests in order to protect their home, the mystical Land of Ooo, such as battling characters like the Lich, or doing favors for Princess Bubblegum. 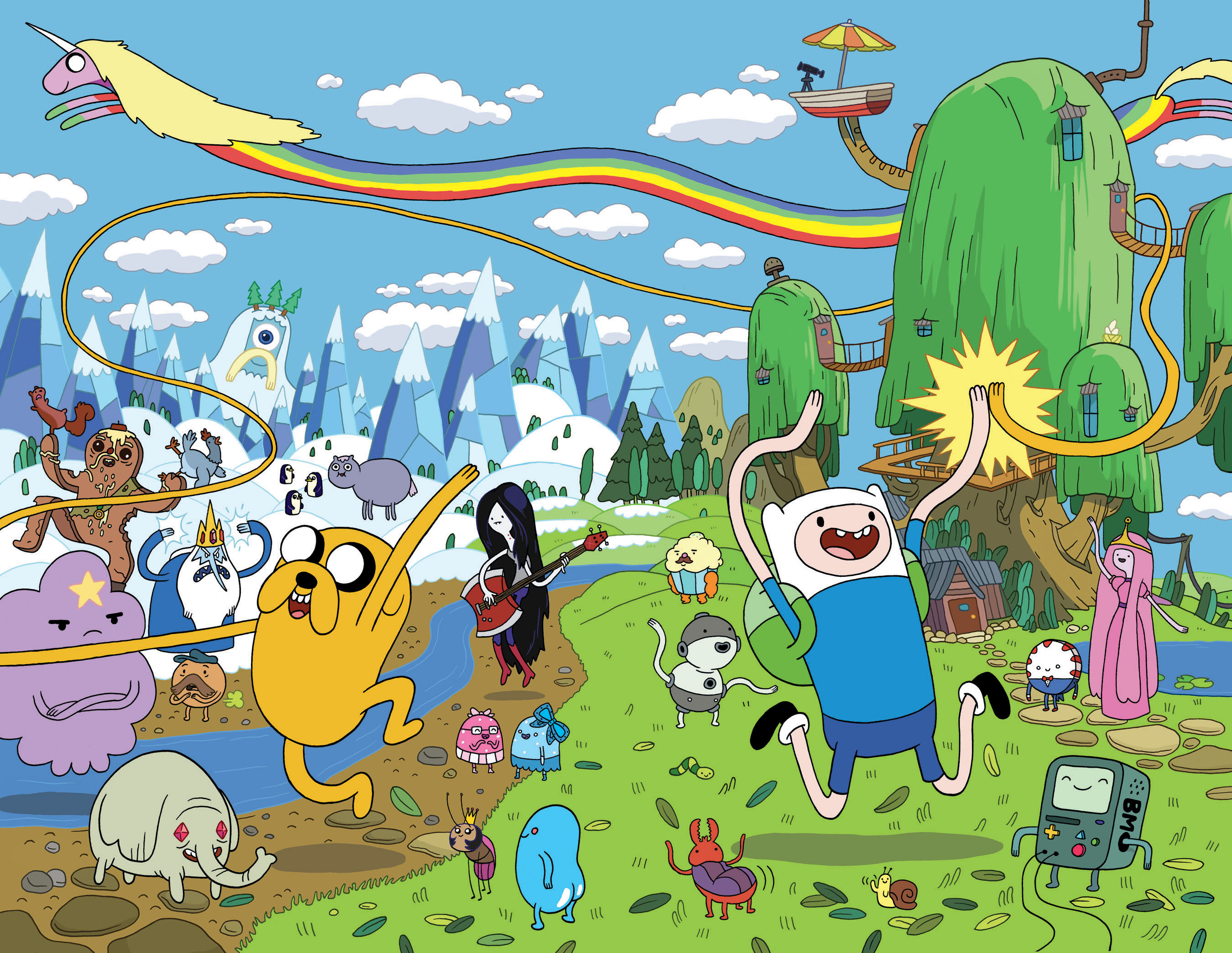 Things have gotten decidedly tangled on Black Sails this season when it comes to the situation with Jack Rackham, Anne Bonny and Max. Longtime friends/lovers/pirates Jack and Anne suddenly had their relationship disrupted when Anne and Max began sleeping together... only for the vulnerable yet deadly Anne, not wanting to lose either of them, bringing Jack into bed with them. But this was hardly portrayed as a celebratory moment, but rather only muddled things further for everyone involved.

When I was on the set of Black Sails last month, I asked Clara Paget ("Anne Bonny"), Toby Schmitz ("Jack Rackham") and Jessica Parker Kennedy ("Max") what they thought about the situation and what their characters truly felt about one another.

After the loss of Leonard Nimoy earlier today, two networks will air special programming blocks in tribute to the deceased Spock actor.

From 9 a.m. - 2 p.m. on Sunday, March 1, Syfy will begin a five-hour marathon of shows featuring Nimoy, beginning with a Twilight Series episode he appeared in and ending with the last original Star Trek cast movie, Star Trek 6: The Undiscovered Country. The full Syfy schedule can be seen below:

The news was revealed via Twitter that season 5 will be called American Horror Story: Hotel, with the first of 13 episodes to debut in October.

This October, will you check in to the Hotel? #AmericanHorrorStory pic.twitter.com/6gOwjCZHP9

Just days ago, Lady Gaga announced that she would be headlining the season, most likely replacing Jessica Lange who has starred on the series since the show's beginning. Most recently, Lange portrayed Elsa Mars, matriarch of Fraulein Elsa's Cabinet of Curiosities in last season's American Horror Story: Freak Show.