Hannibal star Mads Mikkelsen is hopeful the cancelled NBC series will return within the next few years, adding "it all depends" on creator Bryan Fuller's interest and schedule.

"He is the key, the base, the heart," Mikkelsen said of Fuller, speaking with Express. "We will wait and see what happens next in his career."

Despite previously stated concerns about how much enthusiasm there'll be for the series in "three or four years," Mikkelsen believes the show could easily continue a few years down the road, thanks to breaks in the original works' stories. "We could pick it up, say, four years later," he said. "If Bryan is up for it, we will all go for it."

New Call of Duty Teaser Warns ‘We Are Your Enemy’

A new teaser for the as-of-yet unofficially named Call of Duty sequel appeared today. Titled "Know Your Enemy," the short video shows a battle-hardened man warning viewers his forces will "tear you from the history books."

"The whole world will bear witness to this: our ascension," he says. What that could mean isn't answered in the slightest during the teaser.

Between this and yesterday's Nuketown easter egg, Activision is ramping up the marketing for an official reveal in the lead-up to E3. Part of the footage from the easter egg shows up in this latest teaser.

Intel on the next Call of Duty has been coming fast and hot recently. A rumored remastered Modern Warfare was all but confirmed through the strategic application of a poop emoji on Twitter. However, details on whether it's the full game or remastered maps haven't been made officially available.

Is Robert Downey Jr. planning on coming back for another Iron Man movie? The actor offered some hope for fans wanting him back for Iron Man 4 during an interview with ABC's Nightline.

The late night news show ran a package about Captain America: Civil War from a visit to the set of the movie's epic airplane fight sequence. During the video, Robert Downey Jr. said, "I feel like I could do one more."

This is the just latest time Downey Jr. has flipped on the subject. He recently told USA Today Iron Man 4 probably isn't "in the cards," saying Civil War is "my little Iron Man 4." Back in September 2014, Downey Jr. first said there wouldn't be a fourth Iron Man movie, before saying there would be one only a month later.

Challenging mechanics, magnificent environments, epic loot, and the unmistakably enjoyable absence of a garrison mission table. The following ten dungeons demonstrate the very best of what cooperative content in World of Warcraft has to offer. 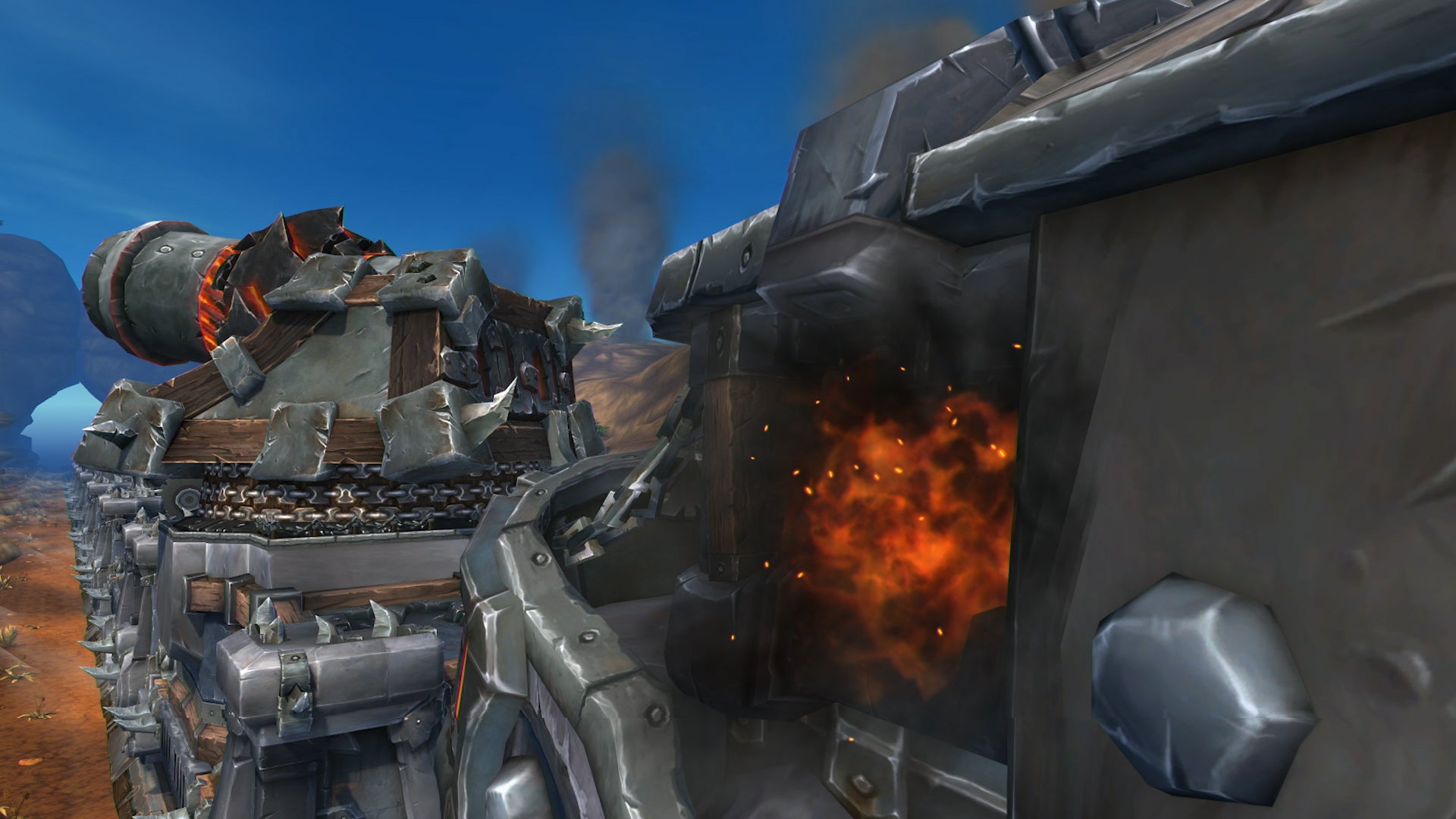 From taking control of a clunky and cumbersome dragon in the occulus, to role-playing through an Ogre Stronghold in Dire Maul, World of Warcraft players are no strangers to gimmicky dungeons. But sometimes these deviations from the standard fare surprise and excite – just like Grim Rail Depot. Set aboard a speeding train, Grimrail Depot exhibited perhaps the most unique set piece of any dungeon in Warcraft history. The cramped opening half and annoying trash keep it from placing higher on the list, but even the saltiest curmudgeon couldn’t help but crack a smile the first time they saw the iron sides of the train fall off their hinges, revealing a stunning landscape rolling by.

The video, captured by journalist Brandon Sheffield and confirmed by the official Reboot Develop 2016 Twitter account, shows gameplay in which the player controls a cloaked figure and animals traditionally linked to dark magic—like black cats, crows, and rats. According to Sheffield, the game's main premise is to "be worse than the devil."

Netflix’s The Ranch Renewed for Season 2

The show, which reunites That '70s Show alum Kutcher and Danny Masterson, debuted on Netflix in April. Sam Elliott (The Big Lebowski), Debra Winger (Terms of Endearment), and Elisha Cuthbert (24) also star in the Netflix comedy. Two and a Half Men producers Don Reo and Jim Patterson serve as series creators.

Callie and Marie are joining the amiibo line-up. The in-game pop sensations from Splatoon will be available in amiibo form beginning July 8.

Each new amiibo released has outdone the amiibo before it, and judging by the video Nintendo released announcing the new figures, the Callie and Marie figures continue this trend. The figures look really detailed and include sparkling accents in their squid clothing.

Callie and Marie will unlock special in-game performances, in-line with their pop-diva personalities from the game.

Splatoon has been one of the Wii U's biggest successes, helped along by regular Splatfest events and frequent Splatoon updates to keep the game fresh. It almost seems like a no-brainer the franchise will be seen again on Nintendo's next console, codenamed NX.

The allure of a game centered entirely around boss fights is what sparked my initial interest in Furi, an upcoming action game headed to PC and PlayStation 4 later this year. But it was the exciting, genre-bending combat of these intense, one-on-one duels, all rendered in super sleek neon tones and with enemy art direction from the creator of Afro Samurai, that kept me entranced during my recent hands-on time.

Furi begins with our player character, a white-haired swordsman, held captive in a mysterious prison by a sinister character known as The Jailer. After a cartoon rabbit-headed warrior (unsurprisingly reminiscent of Kuma from Afro Samurai) frees him, I led the swordsman up the rainy steps to the first arena. It’s the first of many arenas in Furi’s bold, boss fight-only structure, Creative Director Emeric Thoa and Executive Producer Audrey LePrince tell me.

The new Pokemon TCG set Fates Collide is out in the wild and we’ve got a list of the 10 best cards that you should snag for your deck, not to mention a couple outstanding reprints.

Contributing to this article is competitive Pokemon player Simon Narode. He's placed high in numerous big tournaments, peaking with a 2nd place finish at the 2013 World Championship, not to mention finishing 7th in 2015. In other words, he knows what’s up when it comes to playing competitive Pokemon.

While our Top 10 list only focuses on brand new cards, we’d be remiss not to mention that we are getting some seriously good reprints that are worth picking up a playset of if you don’t already own them. They are N (with adorable new art), Double Colorless Energy (now in pink!), Ultra Ball, Strong Energy, Devolution Spray, Fairy Garden and Pokemon Fan Club.

IGN's Nintendo show has a slightly sour episode for you today all about Nintendo's E3 plans (so far). First, NX is coming in March 2017 but it won't be at the show. The next Legend of Zelda is delayed until 2017 as well, but its also coming to NX. Join host Jose Otero, Peer Schneider, Brian Altano as they commiserate over Nintendo's disappointing E3 news.