HBO's Westworld caps off its first season with a big 90-minute finale this Sunday, December 4th - "The Bicameral Mind" -- and as you can see from the new episode photos below, Teddy's about to come face to face with his past sins by returning to the scene of the crime - his crime.

The official synopsis for "The Bicameral Mind" reads"

Ford (Anthony Hopkins) unveils his bold new narrative while Dolores embraces her identity. Plus, Maeve sets her plan in motion.

The live-action Detective Pikachu film has landed its director.

THR reports that Rob Letterman, director of family fare like Shark Tale, Monsters vs Aliens and most recently, Goosebumps, will helm the Pokemon movie for Legendary Pictures.

Detective Pikachu was announced in July to take advantage of the worldwide Pokemon Go frenzy. While plot details have yet to be revealed, we know that Marvel screenwriter Nicole Perlman and Gravity Falls creator Alex Hirsch will write the screenplay, and Legendary has fast-tracked production to 2017 while Pokemon is still dominating our pop cultural consciousness.

NASA Is Experimenting With Fire in Space, and it Looks Awesome

NASA has been conducting space fire experiments to better understand fire safety in space and on spacecrafts, and it sure does look weird.

While NASA has done similar studies aboard the International Space Station before, potential risks meant these experiments were limited in size and scope. The new round of Spacecraft Fire Safety experiments, called "Saffire," began earlier this year, with NASA remotely igniting nine different material swatches in a cargo ship orbiting Earth:

The second experiment (in the videos above), Saffire-II, took place last week, and while NASA don't yet have enough data to produce the experiment's results, they have released two videos of two samples — Nomex (Sample 7) and Plexiglass (Sample 9) — being burned. Nomex is often used for cargo storage bags and plexiglass is used for spacecraft windows.

An eSports television series centered around the Microsoft-exclusive first-person shooter Halo 5: Guardians is in the works.

According to Variety, developer 343 Industries has signed a deal with TV production company Pilgrim Media Group to develop the competition-focused reality series.

Kiki Wolfkill, the head of Halo Transmedia at 343 Industries, expressed her excitement to be working with Pilgrim Media to "bring the intensity and extreme competition of Halo 5: Guardians eSports to a television audience," saying, "there is no better partner than Pilgrim to give our fans insight into the world of Halo eSports."

Funimation has revealed the voice cast for the English dub of Dragon Ball Super.

Billy Dee Williams to Finally Get to Play Two-Face

It's been 27 years since Billy Dee Williams played Harvey Dent in Tim Burton's 1989 Batman film, and the actor finally has the chance to star as the character's villainous alter-ego, Two-Face, in the upcoming The LEGO: Batman Movie.

Director Chris McKay confirmed the news via Twitter, where he was asked by a fan if Williams will indeed be voicing the famous Batman villain.

Despite portraying Harvey Dent, Williams never got the chance to step into the role of Two-Face in the Batman sequels that followed. The franchise would eventually change directions with Joel Schumacher at the helm, who recast Tommy Lee Jones as Dent/Two-Face for 1995's Batman Forever.

The villains responsible for the conflict in the upcoming Justice League vs. Suicide Squad six-part comic book event have been revealed in the new issue of DC’s Direct Current magazine, a publication that lets retailers and fans know what’s coming up in the world of DC Comics. 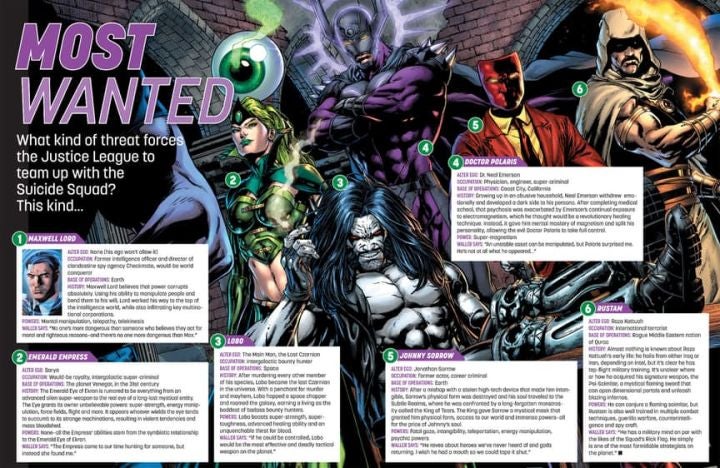 The currently unnamed group of baddies is headed up by Maxwell Lord, a complicated figure from before the New 52 who has been both member and enemy of the Justice League (you can see his elbow on the left). He’s probably most known for trying to take over the world in 2005’s Infinite Crisis. He used his mind-controlling abilities to take over Superman, which forced Wonder Woman to break Lord’s neck and kill him in order to free Superman. Looks like he’s up to no good again.

Lightbulb Crew, a small developer made up in part of former DICE and Ubisoft employees, has announced Games of Glory, a top-down multiplayer team shooter for PlayStation 4 and PC.

The small, France-based studio provided some early details in a press release Wednesday morning. Players will be able to choose between 15 characters across five general character classes, each with different skills, as you might imagine. You'll also get around 50 guns and melee weapons to choose between to boot. Battles will be either 3v3 or 5v5.

Games of Glory will be free-to-play next year, and will support cross-play between PS4 and Steam users.

Vincent Ingenito is IGN's foremost fighting game nerd. Follow him on Twitter and help him sort out his Street Fighter 5 character crisis.

Just in time for winter, we're getting our first look at Game of Thrones: Season 7.

HBO's "Coming in 2017" preview, which aired on TV and has not officially been posted online, debuted the first footage of Season 7 (via Watchers on the Wall). It's fairly innocuous, but still an exciting tease of some changes that are already afoot. Check out screenshots of the three scenes featured below.

Spoilers for Game of Thrones: Season 6 below. 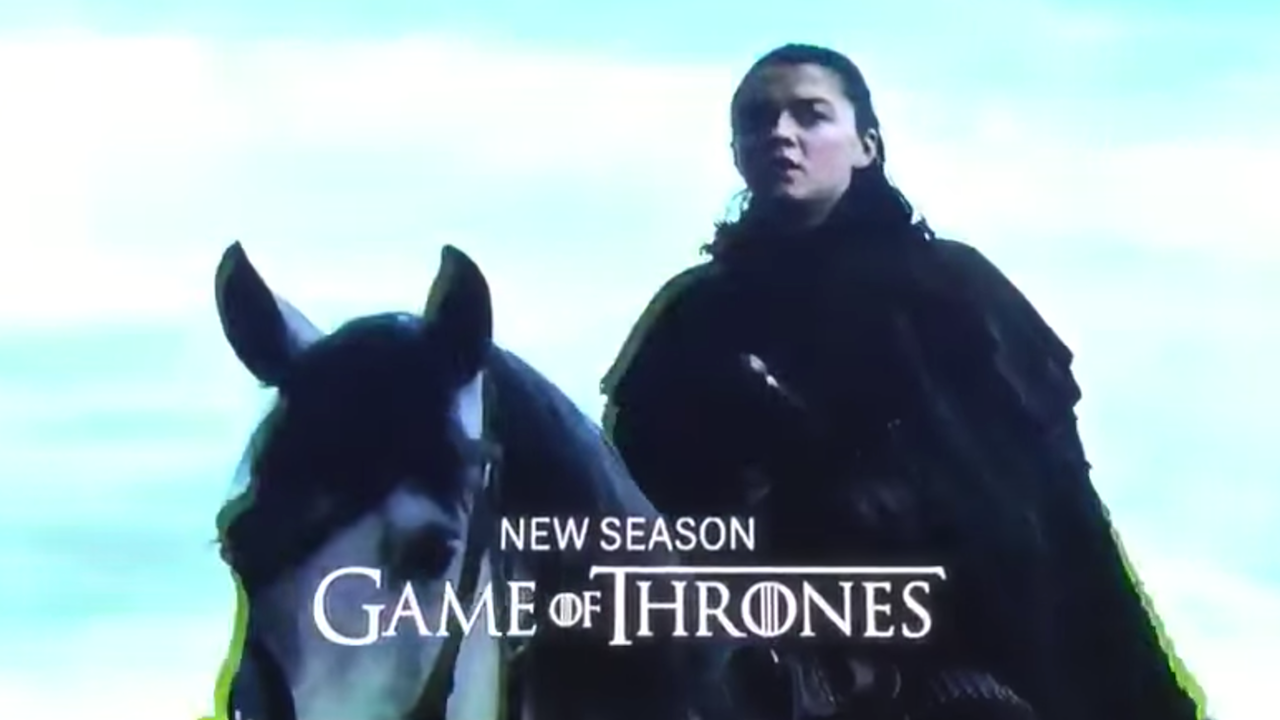 PS Plus subscribers on PS4 can download Stories: The Path of Destinies and Invisible Inc. After initially releasing on PC, Invisible Inc. is a turn-based strategy game from Klei Entertainment, the developers behind Mark of the Ninja and Don't Starve. IGN gave Invisible Inc. an 8.5 when it first released, praising the game's blend of sci-fi and espionage aesthetics in each heist for "