Opinion: The Division 2 Has the Opportunity to Capitalize on Anthem’s Shortcomings

When The Division 2 was first announced to be coming out a month after Anthem at E3 2018, I remember thinking the familiar-looking sequel to 2016’s original would have a hard time stealing the spotlight from the flashy and (potentially) innovative sci-fi shared-world shooter. Now Anthem is out, and after 40+ generally underwhelming hours with it, I feel the opposite is true. Anthem’s combat is fun, and I have high hopes for the future, but the fact remains that too much of its meaningful multiplayer gameplay and progression was hidden behind its repetitive and weirdly lonely quest grind. With this all-too-common shared-world shortcoming fresh in players’ minds, Massive Entertainment is in a unique position to showcase what lessons it’s learned from nearly three years of post-launch support on The Division.

Opinion: Anthem May Have Its Problems, but Its NPCs Are Fantastic

Coming away from Anthem, I constantly hear people talking about how it makes them feel like Iron Man; you get to zoom around in a powerful suit and blast away enemies. I also hear about how it’s not quite living up to expectations, at least not at launch, but you can read more about that in IGN’s review. But when I step away from Anthem, what I’m excited to write home about are the great characters hanging around in Fort Tarsis and all of the world-building collectibles scattered about. Did you know that the actors behind Fix-It Felix, Louise Belcher, and Charles Boyle all lent their talents to characters in Anthem? Did you know they also have their own short storylines?

Pokemon has sent out a call to arms with the reveal of the new Gen 8 games on the Nintendo Switch, Pokemon Sword and Pokemon Shield. We’re going to point out all of the new and returning mechanics, what the trailer tells us about the new region, and piece together some clues about the two new Legendaries.

The Judging of the Starters! 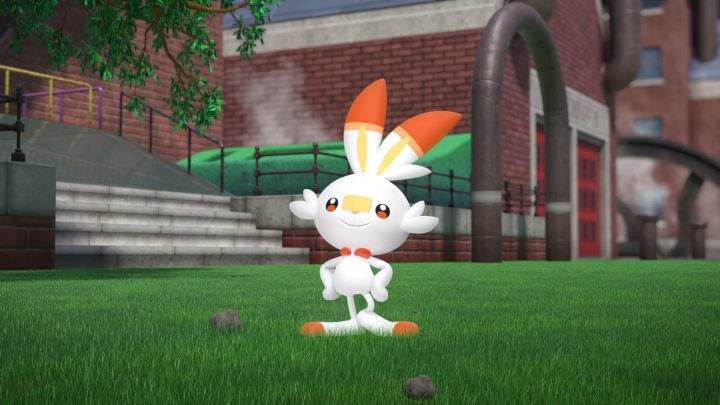 Our Biggest Look Yet at Star Wars: Galaxy’s Edge

Disney has revealed a ton of new information for Star Wars: Galaxy's Edge, including attractions, food, drinks, and even a shop where fans can create a one-of-a-kind Lightsaber.

Last week, a special preview event was held at Disneyland Resort that revealed more of the magic of Star Wars: Galaxy's Edge, and it's our biggest look yet at the land that aims to transport fans into the universe of Star Wars and make dreams come true.

We've heard a little bit about the two main attractions at Star Wars: Galaxy's Edge - Millennium Falcon: Smuggler's Run and Star Wars: Rise of the Resistance - and more details have been revealed on what to expect.

As revealed by Niantic on Pokemon Go's official site, Dialga will join Raid Battles on March 1 at 1:00PM PT and will remain in the game until March 28 at 1:00PM PT.

Dialga is the fifth Legendary Pokemon from the Sinnoh region to come to Pokemon Go, following Giratina, Cresselia, Heatran, and Palkia. Overall, Dialga will be the 80th Sinnoh Pokemon available in Pokemon Go so far.

Pokemon Go most recently added a new AR Snapshot mode, allowing you to take photos with any Pokemon in your collection for the first time.

Get At Sundown: Shots in the Dark for Free with IGN Prime

IGN Prime has partnered with Mild Beast Games and Versus Evil to bring you At Sundown: Shots in the Dark. IGN Prime members, grab your copy of the 4-player hide-and-seek shooter where the maps are covered in darkness and light is your enemy.

At Sundown: Shots in the Dark is a hide-and-seek shooter where the maps are covered in darkness and light is your enemy, as 4 players compete in a death-match to be the best! Strategic gameplay is vital in the shadows of this dark world in which you only become visible when you shoot, dash or slash. See or be seen, kill or be killed. How long will you survive At Sundown?

Kevin Tsujihara, chairman and chief executive officer of Warner Bros., feels the DC Extended Universe is on the “right track” by focusing less on a shared universe, and more on individual characters.

In an interview with LA Times, Tsujihara said "The upcoming slate, with Shazam!, Joker, Wonder Woman 1984 and Birds of Prey, feels like we’re on the right track. We have the right people in the right jobs working on it. The universe isn’t as connected as we thought it was going to be five years ago.

"You’re seeing much more focus on individual experiences around individual characters. That’s not to say we won’t at some point come back to that notion of a more connected universe. But it feels like that’s the right strategy for us right now."

Anyone who's been holding off on buying an OLED TV will want to look at this deal. The 55- and 65-inch models of LG's OLED 4K HDR B8 televisions are on sale at Walmart for several hundred dollars below their previous lowest prices ever. So if you're in the market for a high-end television, now might be the time to take the plunge. 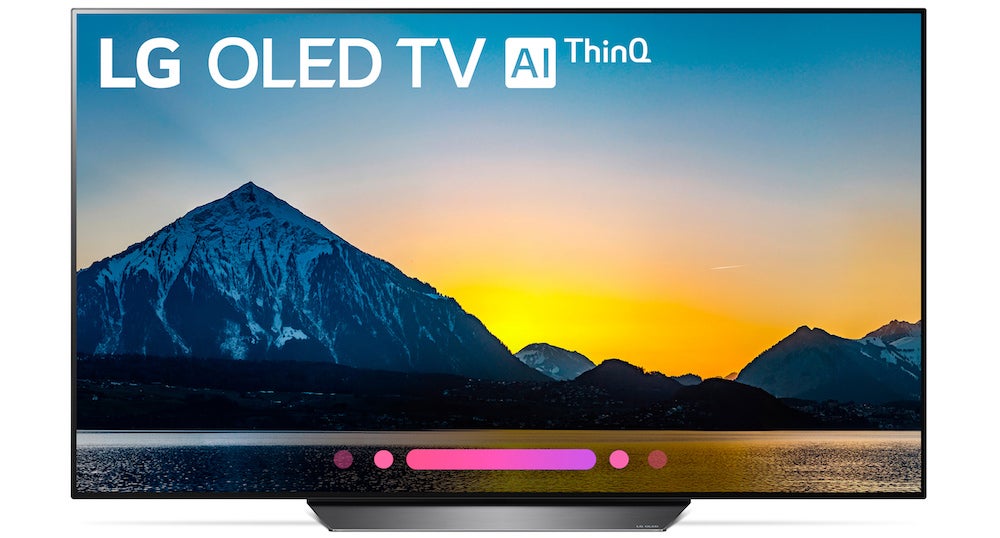 Two new posters for the upcoming Hellboy film have been released, along with info on when a new trailer will drop.

Announced on Twitter, Dark Horse Comics has confirmed that a new red band trailer for Hellboy will be dropping tonight at midnight Easter Time, or 9pm PT. A brief teaser for the trailer featuring all sorts of devilish creatures was released by Lionsgate this morning. 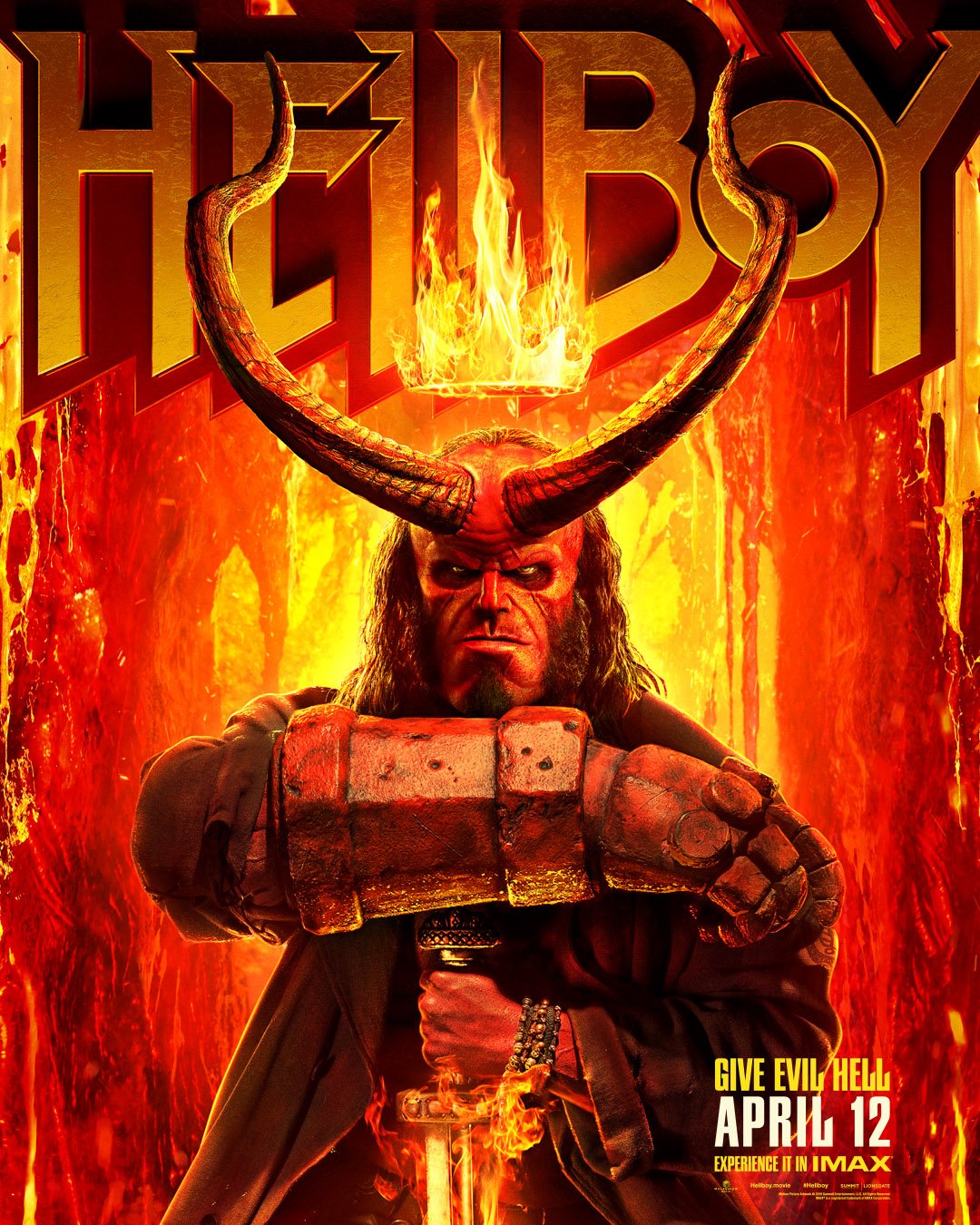 Some Notable Faces Are Missing From These Game of Thrones Posters

HBO has revealed the final character posters for Game of Thrones Season 8, and as well as serving as a handy reminder of which players are still alive, it also features a couple of notable omissions that may or may not offer a hint about how the final season will play out.

Check out the new posters below:

The usual suspects are there - it's no surprise to see Cersei Lannister, Daenerys Targaryen, and Jon Snow (aka Aegon Targaryen) lounging on the Iron Throne - but HBO certainly wants us to entertain the possibility that the White Walkers could triumph with the inclusion of the Night King in the lineup.

The new posters also give characters who have no interest in ruling (like Arya and Ser Davos) a chance to test out that cold and pointy perch, and, let's face it, a promotional poster is probably as close as Samwell Tarly or Jorah Mormont are likely to get to the seat of power in Westeros.