The winners of the 2016 Steam Awards have been announced.

Grand Theft Auto V, The Elder Scrolls V: Skyrim and Portal 2 were among the winning titles of the first ever Steam Awards. Valve's portal-focused puzzle game won "Villain Most in Need of a Hug," while Rockstar's open-world hit received both the "Whoooaaaaaaa, dude!" award and the "Game Within a Game" award. 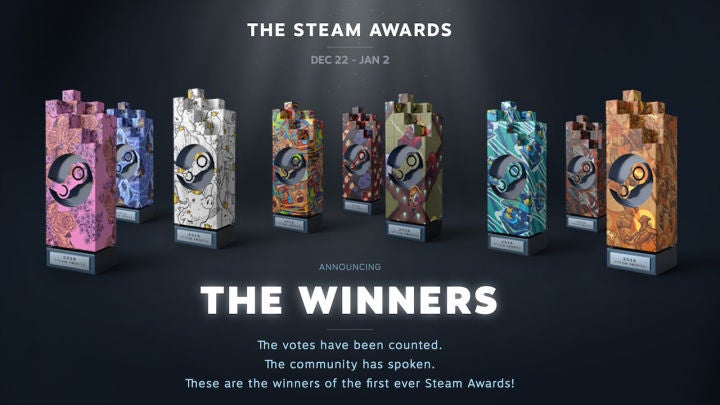 The 2016 Steam Awards winners, as voted on by the community.

Beauty and the Beast: Here’s a Bit of Emma Watson Singing

Disney has released a short preview of Emma Watson singing a classic Beauty and the Beast song from the upcoming live-action remake.

You can listen to Watson via a 30-second audio snippet on Twitter, where she performs “Something There.” Though brief, the clip does give a decent preview of just how different Watson's rendition of the song might be from the version sung by Paige O’Hara in the original 1991 animated film

Here's your exclusive first listen of @EmmaWatson​ singing 'Something There' from Beauty and the Beast. #BeOurGuest pic.twitter.com/AWpcrDmELY

Why Matthew McConaughey Turned Down Guardians 2

Matthew McConaughey has come forward to explain why he turned down a role in Guardians of the Galaxy Vol. 2 for the opportunity to star as the Man in Black in Sony's upcoming film adaptation of The Dark Tower.

In an interview with Playboy (via io9) the actor said he'd "feel like an amendment" if he joined James Gunn's forthcoming sequel. "I like Guardians of the Galaxy, but what I saw was 'It’s successful, and now we’ve got room to make a colorful part for another big-name actor.'"

Kojima Productions, Hideo Kojima's new development studio, recently showed off a new half-scale replica of its mascot Ludens — and it will only cost interested buyers $1999 USD.

The figure, a collaboration between Kojima Productions and Sideshow Collectibles, stands just over five feet tall. Limited to a run of 150 produced statues, each statue will be signed by Kojima himself and will come with LEDs in the helmet that can light up.

Ludens is currently available for pre-order on Sideshow's website and is expected to arrive to customers between January and March 2018. The statue costs $1999.99, and can be purchased at a flat rate or via monthly payments of $225.

The first 1,974 fans who sign up at 1974framesoflogan.com with their home and email address will receive a "custom limited-edition postcard featuring a single frame from the final trailer for Logan." A total of 1,974 frames will be featured, hence the limited supply.

Logan opens in theaters March 3. IGN recently had the opportunity to watch the first 40 minutes of Fox's upcoming film, during which we learned the movie draws inspiration from the classic western Shane.

Rogue One: A Star Wars Story is now this year's third highest-grossing movie at the domestic box office, bringing in over $375 million USD so far.

After grossing $16.6 million on Thursday, the standalone Star Wars film surged past Deadpool, The Jungle Book, and The Secret Life of Pets to take third place on this year's list of highest grossers, according to Variety.

Showtime is giving its subscribers a late holiday gift: the Season 6 premiere of Homeland is available to watch early starting today, December 30. That's more than two weeks before its on-air debut on January 15.

Homeland's new episode is available to Showtime subscribers on its streaming services Showtime On Demand and Showtime Anytime. For those who aren't currently subscribers, the network has a seven-day free trial available on its website. 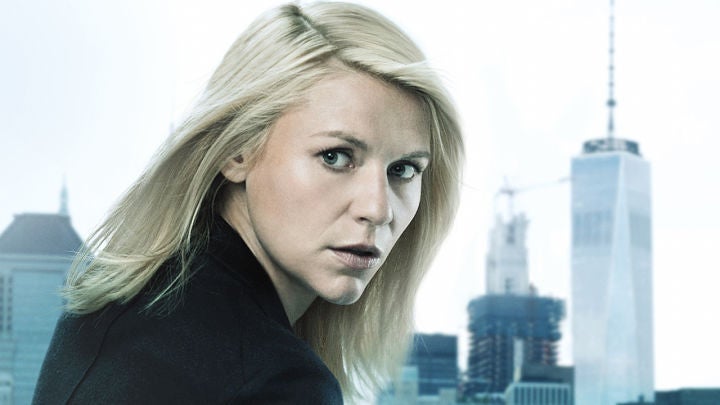 Need a roadmap for all the winter and spring TV premieres and midseason returns? IGN's got you covered.

While shows like Black Sails, Bates Motel, Grimm, The Leftovers and Girls wrap up their stories with final seasons, a splendid spread of new shows enter the picture - like Marvel's Iron Fist, FX's Legion and Taboo, Starz's American Gods, and The CW's Riverdale.

Meanwhile, The Walking Dead, Arrow, The Flash, Gotham, Lethal Weapon, Supergirl, and more resume their current seasons while The 100, iZombie, Colony, The Expanse, Homeland, Humans, It's Always Sunny in Philadelphia, Baskets, and Sherlock return for brand new ones.

There are plenty of great games to look forward to in 2017, but with all the big-name titles to anticipate, it can be easy to let some of the smaller gems slip under your radar.

Here are 39 awesome looking games you shouldn't overlook in 2017.

Absolver’s sharp, eye-catching style isn’t the only enticing thing about it. An elaborate hand-to-hand combat system that combines tactical stances, customizable combos, and rearrangeable decks makes every encounter feel as fine-tuned as a fighting game. Check out 7 minutes of Absolver gameplay for more.

Agony is a first-person survival horror set in what is probably the most gruesome, shocking, and bizarre depiction of hell in a game, ever. Bone gates open up into shifting tunnels of teeth and bloody, corpse-filled caverns occupied by massive split-faced demons. If horror games are meant to create images that will stick in your mind long after you’d like them to, Agony already has that part down. Head to its website for more info.