What Did Captain America Do Now? 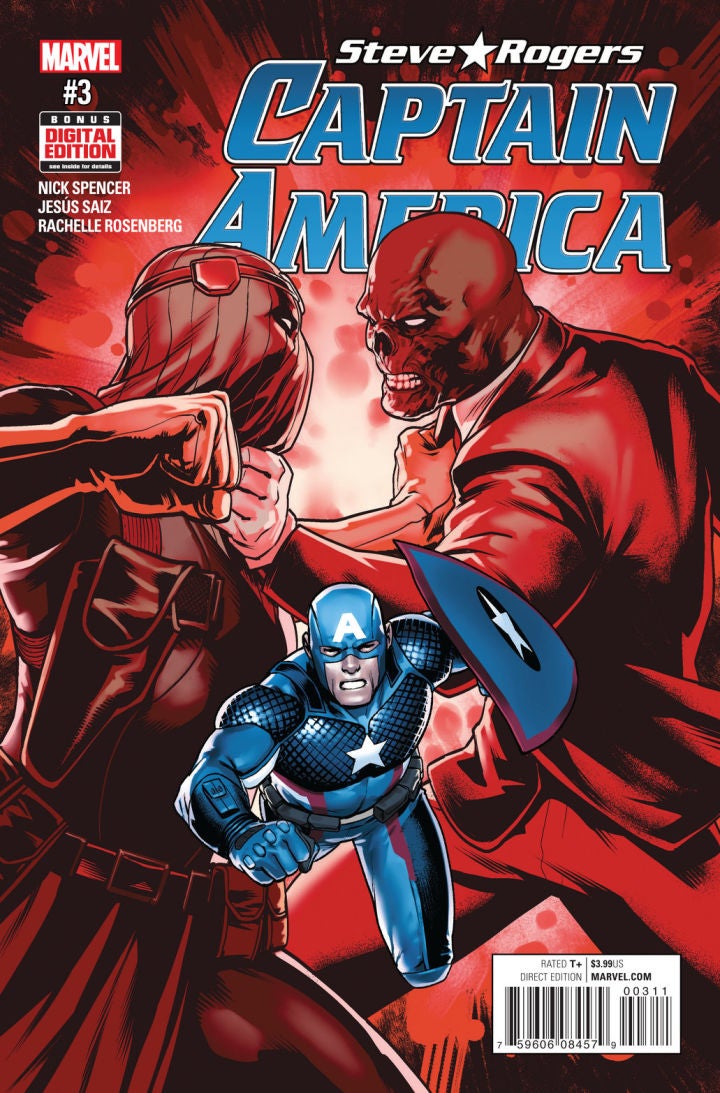 Cap's life took an even darker turn in this issue, which built on the recent reveal that our hero has supposedly been a deep cover Hydra agent since childhood. This time, Cap pledged his loyalty to Red Skull by crashing a Quinjet into a building and apparently killing both Dr. Erik Selvig and Baron Zemo.

Ever since the launch of the original Xbox, Microsoft has struggled to gain a foothold in Japan, and according to former Chief Xbox Officer Robbie Bach, there wasn't much the company could have done differently to make a bigger splash in that market.

"It’s just a question of focus," Bach explained on the latest episode of IGN Unfiltered. "And it’s a question of where you have assets and where you don’t have assets. And we had no assets in Japan," he added, noting the company "didn’t have relationships with Japanese game developers" aside from "a few isolated ones" for games like Ninja Gaiden, which "were actually more popular in the West than they were in Japan."

Stranger Things hasn't yet been commissioned for a second season by Netflix, but the show's creators do know what they'd do with it given the chance.

According to Variety, creators Matt and Ross Duffer were at the TCA press tour in Beverly Hills to talk about Stranger Things' "bigger mythology."

“We want it to feel like a big movie,” said Matt Duffer. “But there’s a bigger mythology, and there’s a lot of dangling threads at the end. We could explore it if Netflix wanted to continue.”

"It's about giving enough so the audience feels satisfied," said Ross Duffer.

Hopefully you've recovered from the Comic-Con blitz last week, because there are a lot of new comics to check out this week. DC delivered a host of new #1 issues, including Batgirl #1, Nightwing #1 and Hal Jordan and the Green Lantern corps #1. Marvel published the latest chapter of Civil War II and a wealth of new tie-ins to accompany it. Elsewhere, Dark Horse kicked off their Aliens vs. Judge Dredd vs. Predator crossover, IDW debuted their Rom revamp and Image released a stylish new issue of Jupiter's Legacy Vol. 2.

Scroll down to check out our reviews for these and various other new releases, and be sure to let us know your favorite books in the comments below.

The Best 4K HDR TVs for Your Xbox One S

The Xbox One S is out August 2nd but in order to take advantage of all of its features, you’re going to need a compatible television. Microsoft’s mid-cycle refresh of the Xbox One may seem like a minor upgrade on paper, but the inclusion of HDR and 4K will make games and movies more immersive than ever. At least until Project Scorpio comes bearing VR support.

So before you head out and buy an Xbox One S, take a look at your current TV and decide if it's worth upgrading to get the most out of Microsoft’s new console. If you are upgrading your TV, here’s what you need to know to get the best Xbox One S experience.

Destiny: The Collection Listed on Amazon

An Amazon listing for Destiny: The Collection has appeared.

Spotted by @lifelower on Twitter, the as-yet unannounced collection is available for pre-order on Amazon UK for £50. The listed release date is closer than you'd think - August 18 (well before the release date for upcoming expansion, Rise of Iron).

There's no description, nor even any image, so it looks like we'll have to wait on official word from Activision at the moment. When IGN learns more, you'll be the first to know.

Rise of Iron is set for release on September 20. Bungie has slowly been teasing images of the new gear you can expect to be acquiring.

Geoff Johns has been promoted to president and chief creative officer of DC Entertainment.

Johns was part of a DC Comics executive shuffle back in May, which saw him moved over to co-run a dedicated DC movies division with Jon Berg. THR says Johns received his new title when this promotion happened.

Arkane Studios has revealed new details about the upcoming Prey.

In a new Bethesda video, Arkane president Raphael Colantonio says the new game - which was re-revealed at E3 after several years in development hell at more than one studio - is "not a sequel, not a remake, it has no tie with the original. You have to look at it like a re-imagining of the IP."

That re-imagined format sounds an awful lot like Bioshock, essentially. "It is important to note that's it's not just shooting." Colantonio says. "It's more like a hybrid game where there's, like, narrative meets with action meets with a little bit of RPG. You have some weapons, but you also have lots of other things - including powers that you can learn from the aliens themselves."

How Luke Cage is Influenced by Westerns and Albums

At the Television Critics Association summer press tour, the creators and stars of upcoming Netflix series Marvel's Luke Cage sat for a Q&A session with critics, noting how the series plays as a sort of reluctant hero-style western.

Head of Marvel Studios Television Jeph Loeb played up how Cage, at first, doesn't want to get involved with the chaos around him, which "has similarities to classic westerns. He’s the

hero who arrives into town.”

Music is also a big influence on the series. Showrunner Cheo Hodari stated that each episode of Luke Cage is named after a Gang Starr song and that he took a very musical approach to things when creating the show. The first season is like an album, with episodes instead of songs.

Marvel Studios may be taking Hogwarts-inspired approach in bringing Tom Holland's Spider-Man to the big screen, according to studio president Kevin Feige.

Spider-Man: Homecoming is going to be a high school-focused movie and, in the event it's a success and Marvel decides to continue Peter Parker's journey, Feige told Collider the sequels could progress in fashion similar to to the Harry Potter films.