Walt Disney Animation Studios released a new trailer for Zootopia, and as expected, it's adorable. The two minute clip gives us a peak into what's happening in the bustling city—"a melting pot where animals from every environment live together." Check it out below:

From the directors of Tangled and Wreck it Ralph, Zootopia follows Judy Hopps (Ginnifer Goodwin) and Nick Wilde (Jason Bateman), two natural-born enemies in our universe, who are forced to work together to solve a huge case—who's turning the animals of the city savage?

The new trailer shows bright-eyed Judy moving to the city and starting her career as Zootopia's first rabbit officer. She's underestimated for her small stature, and with the help of Nick, a con-artist who's supposedly a "key witness" to the crime, she sets out to prove to her coworkers that she's more than just a parking cop.

For awards consideration, Disney has released the screenplay for Star Wars: The Force Awakens to the Writers Guild, which provides new insight into the film's ending and other key plot points.

According to the script, the planet on which Rey (Daisy Ridley) meets Luke Skywalker (Mark Hamill) during the film's final moments is called "Ahch-to" and is said to feature a "pristine and mighty" ocean that is "dotted with random, beautiful, mountainous black rock islands," as well as "countless green trees." Not much is known about the planet, but /Film notes that Ahch-to is Hebrew for brother, which may be a clue as to Rey's relation to Luke.

Star Wars: The Force Awakens is now Disney's highest-grossing film of all time, with an impressive domestic total of $629 million.

According to Deadline, J.J. Abrams' record-breaking space film exceeded Wednesday's projections, earning $28.1 million. As such, its domestic gross is just shy of $630 million, putting it ahead of Disney's prior record-holder, Marvel's The Avengers, which earned $623.4 million in 2012.

The developer behind Just Cause 2 multiplayer mod JC2-MP announced today its plans to release a multiplayer mode for the third installment of the popular franchise.

So while Just Cause 3 may not need a multiplayer mode from creators Avalanche Studios, the game is getting one straight from the community. Just Cause 2's multiplayer proved very successful and extremely fun—and the new mod looks just as chaotic and destructive in the sneak peak posted to the JC-MP site. Check it out below:

The crew is "incredibly excited" to show what they've been working on for the past few weeks. Though there aren't any details regarding the mod's release date, the development team says that "moving forward you can expect frequent updates on our progress along with exciting new developments as they happen."

One-day-only sale! If you've got a fitness-focused New Year's resolution planned to start tomorrow, get the jump on it by placing your P90X order before the ball drops tonight. 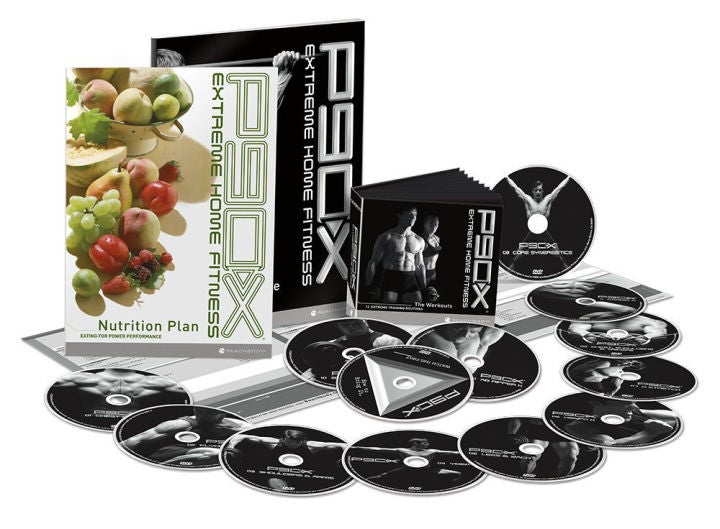 Researchers Develop a Way to Control Cars With Their Brain

Self-driving vehicles are one thing, but a team of researches from China have taken things one step further and found a way to control vehicles with their mind.

The team from Nankai University in Tianjin, China first demonstrated their work in mid-November, after working on it for two years, as reported by Reuters. Using a wireless headset that utilizes 16 EEG (electroencephalogram) sensors, and a program developed to choose and translate the necessary signals, a car can be told to move forwards, go backwards, stop, and lock/unlock itself.

The Expanse Renewed for Season 2 by Syfy

The Expanse has been renewed for a second season, Syfy has announced.

According to the network's announcement, Season 2 will span 13 episodes and air sometime in 2017.

Syfy president Dave Howe celebrated the series' early success, saying The Expanse is not only "firing on all cylinders creatively," it's also "building a passionate fan base among viewers and critics" by delivering "smart, provocative science fiction entertainment."

The Expanse has done quite well for Syfy ever since its December 14 debut, garnering an average of 1.6 million viewers over the course of its first three episodes. New episodes for Season 1 currently air every Tuesday at 10pm ET/PT.

For more on Syfy's ambitious new series, check out IGN's review of its latest episode.

Ahead of its midseason premiere in February, AMC has released a new trailer for The Walking Dead: Season 6.

The preview offers a sneak peek at what's in store for Rick (Andrew Lincoln), his son Carl (Chandler Riggs), and the rest of the crew, while also teasing the highly anticipated debut of Jeffrey Dean Morgan's Negan.

The Walking Dead will return with its midseason premiere on Sunday, February 14 on AMC.

While you patiently wait to see what happens next in Season 6, be sure to check out our thoughts on why its midseason finale was a bit of a letdown. While you're at, join us as we take a look back at the show's most brutal walker kills.

Ridley Scott's next return to the Alien franchise will occur 10 years after the events of Prometheus, according to its costume designer.

Janty Yates, who recently worked on the slightly less bombastic science fiction film The Martian, confirmed as much to Collider. This would place the film in the fictional future of 2103, or well over a century before the original Alien.

The film — titled Alien: Covenant — will also feature at least some visual continuity in the form of David. That's Michael Fassbender's amoral android from the previous prequel. He'll apparently be wearing the same sort of spacesuit as before, which would imply that his character has found a replacement for the body an angry Engineer "misplaced" for him at the end of Prometheus.

According to a user on Twitter (via Skylanders Inquirer), the figures, which were previously only available in their respective Nintendo Starter Packs, will be sold in Dual Packs for $25.