This week's Unlocked is Mitch Dyer's last, and with Ryan McCaffrey out on vacation, every rule is out the window. Marty Sliva and Alanah Pearce run down the future of Xbox with mouse-and-keyboard controls, Final Fantasy 15's leaks leading into last night's massive event -- and we end on what may be the silliest thing we've ever done: a dramatic reading of a comedic Quantum Break story item.

Unlocked now has its own snazzy new homepage! Bookmark this: go.ign.com/unlocked

Suicide Squad star Jared Leto fully understands the importance and iconic stature of his character, the Joker, even if he admits, “I haven’t formulated a lot of my thoughts on this."

The Oscar winner is the latest actor to don the Clown Prince of Crime's makeup for the big screen following classic turns by Jack Nicholson and Heath Ledger, the latter of whom won a posthumous Academy Award for his performance in The Dark Knight.

"The work that’s been done on this character by so many people before me has been so impactful, so incredible, so much fun, so profound, so risky, that it’s a very special thing to be asked to take on that responsibility," Leto told Entertainment Weekly.

Last week the Super Team Tournament 2016 had eight epic teams filtering all the way down to four , but not without plenty of surprises along the way. The Green Lantern Corps continued its unlikely run by narrowly taking out Team Avatar, as the Straw Hat Pirates finally lost out to the Justice League. But don't be scared - it's time for the Fearsome Four!

Take a look at bracket as it stands today, and be sure to cast your votes for this round before 5:00 AM PT this Monday, April 4th: 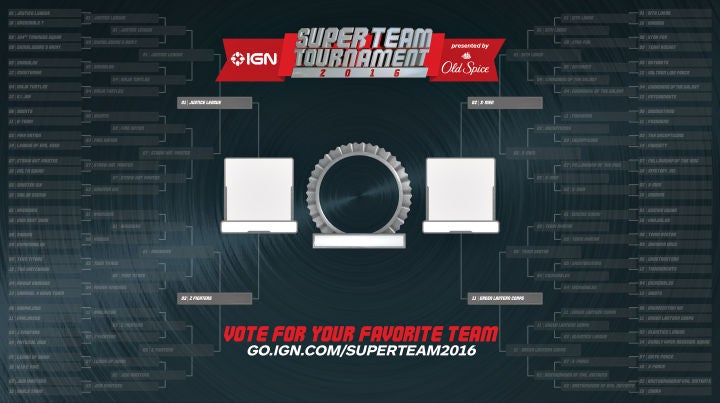 Atlus USA Games Will Now Be Published by SEGA

In an effort to streamline its business operations, SEGA will now publish Atlus USA games, including Persona 5.

According to Game Informer, Atlus fans can rest assured knowing the studio's branding isn't going anywhere, as the two companies will continue to operate independently.

SEGA SAMMY acquired Atlus parent company Index Corporation in 2013 for the sizable sum of  ¥14 billion ($141 million). Shortly thereafter, Atlus commented on the purchase, assuring fans the "relationship will be mutually beneficial for both sides" and serve "to further raise

7 Improvements Coming To The Division Next Month

The Division is getting its 1.1 update on April 12, which will include the new Falcon Lost incursion alongside a host of other new features and tweaks. Check out some of what we can expect from the upcoming update.

Incursions will include two difficulties, Hard Mode and the more difficult Challenge Mode. The producers recommend getting new Gear Sets before trying the Incursions on Challenge Mode. You'll be able to matchmake for Incursions, with Gear Score serving as a tool to match you appropriately with other players. Incursions, or at least this first Incursion, will not have checkpoints, so failure will mean you need to start over. You can do Incursions as much as you like, but the first time in any weekly challenge will yield the best reward. Rewards for completing Incursions will include new Gear Set pieces and new High-End weapons.

The 21 Weirdest Anime Ever

Unbound by practical limitations, animation provides creators an amazing avenue where imaginations can run wild — sometimes a little too wild. The following 21 anime are beyond bizarre. 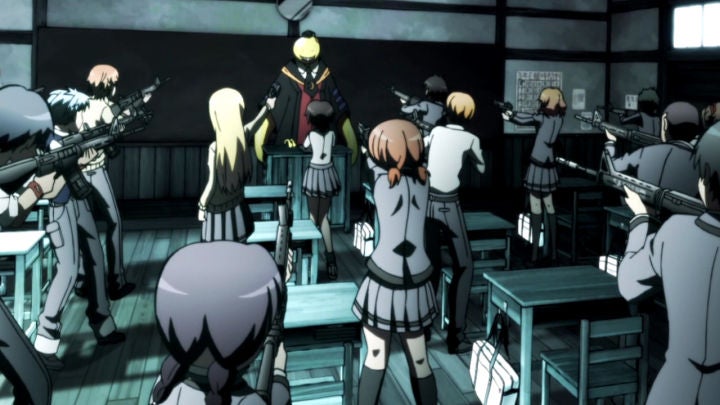 After destroying 70% of the moon, a yellow octopus-like creature makes a deal with the Japanese government to delay Earth’s destruction. His conditions? Teach a class of failing middle school students, all who are welcome to attempt to assassinate him before he obliterates everything.

The famous DC Comics character makes her debut in DC's Legends of Tomorrow's March 31 episode, "Left Behind." After the Legends were separated in last week's "Night of the Hawk," Sara Lance (Caity Lotz) decides to return to the League of Assassins and the al Ghuls during the '50s era.

Check out an exclusive clip of Sara with R'as and Talia below.

Both R'as and Nyssa al Ghul played key roles on The CW's Arrow, and Sara had a romantic relationship with Nyssa. It will be interesting to see what Sara's relationship with the young Talia is -- and if we'll have a chance to meet her in the present day on one of these series.

Variety reports the Golden Globe-winning actress is in final negotiations for the sci-fi sequel. She would join a cast that already includes Ryan Gosling and Harrison Ford, who's reprising his role as Rick Deckard.

There are no details yet on Wright's role in Blade Runner 2, so we don't even know whether she'll portray a human or an android replicant. She currently has a busy slate, and is not only starring in House of Cards but also appearing in Wonder Woman.

Welcome back to Game Scoop!, IGN's weekly video game talk show. It's that time of year again -- time to start sorting out the best games of 2016 so far. Watch the video above or download the podcast below.

The Guardian reports Smith, who's penned Batman comics in the past and directing an upcoming episode of The Flash, had some harsh words for the superhero film on his Hollywood Babble-On podcast.

the movie … didn’t really have a heart," Smith said. "It was certainly

humorless, there was nothing funny going on in that world whatsoever."