Netflix has officially ordered an adaptation of Neil Gaiman's Sandman comics to series, IGN has confirmed.

The show will consist of a 10-episode initial order, plus a pilot, with Wonder Woman writer Allan Heinberg serving as showrunner. He'll also executive produce alongside Gaiman and David Goyer, and all three will co-write the first episode.

Here's how Netflix describes the series: "A rich blend of modern myth and dark fantasy in which contemporary fiction, historical drama and legend are seamlessly interwoven, The Sandman follows the people and places affected by Morpheus, the Dream King, as he mends the cosmic--and human--mistakes he's made during his vast existence."

Attack on Titan: Season 4 Will be the Final Season

Following the premiere of the last episode of Attack on Titan’s third season in Japan, the series has confirmed a fourth and final season.

According to CrunchyRoll, the final season of Attack on Titan is scheduled to air on the Japanese NHK Entertainment channel in the Fall of 2020. You can find the brief teaser trailer here. It teases one major character behind what appears to be jail cell bars.

Notably, the third season of Attack on Titan was split into two halves. The first half aired in the Fall of 2018, and the second half began in April this year. The final episode of season three will debut tonight at 5:45 p.m. PDT.

In an interview with Japanese magazine Nikkei, translated and reported on by Dualshockers, Level-5 president Akihiro Hino confirmed that a new Ni no Kuni game is in the works, and will release sometime after the upcoming Ni no Kuni movie, which premiers on August 29 in Japan.

Hino didn’t give many details beyond that, unfortunately, but did comment on how Level-5 is currently reviewing its development process, according to Dualshockers. Level-5’s recent  projects, Yo-kai Watch 4 and Inazuma Eleven Ares no Tenbin, were both delayed. In the interview, Hino implied that Level-5 is aiming to regain the trust of its fanbase after these delays.

According to multiple reports, Blizzard plans to effectively end the three tanks, three healers (or “GOATS) meta that has become the norm in most Overwatch League matches, and been a common complaint among viewers

In an original report from Upcomer, the esports news site claimed that multiple sources it had within the Overwatch League had told them that Blizzard will implement a 2-2-2 role lock for teams starting in the league’s fourth stage starting July 25.

Stranger Things Season 3 will debut on Netflix on July 4th, and so we’re counting down to its launch this week with a new story each day about the beloved series. Today, we get nostalgic for that crazy time known as the ’80s!

We're feeling sentimental -- not just for Stranger Things’ first two seasons, but for the halcyon 1980s Stephen King meets Steven Spielberg inspired universe in which the series takes place. The show's creators, The Duffer Bros., were born in 1984 and, like all good Gen-Xers, are obsessed with the pop culture of their childhoods, directing modern audiences to look to the 1980s as the glory days for a thriving pop horror environment that we may never have again. They achieve this by jamming Stranger Things full of innumerable pop culture references, both obvious and subtle, to things they likely grew up with.

For Xbox One owners, your two free games are Inside, from the creators of Limbo, and Big Crown Showdown.

IGN readers will remember that we gave Inside a 10 out 10, and nominated Inside for our 2016 game of the year. IGN editor Ryan McCaffrey called it “a dreamlike platformer that takes us to incredible places.”

Game Freak's Junichi Masuda, the producer of Pokémon Sword and Shield, has issued a statement in response to the news that some Pokémon will not be able to be transferred to the newest entry on the Nintendo Switch from previous games.

Posted to Pokemon.com, Masuda-san has assured fans that while some Pokémon may not be available in Pokémon Sword and Shield, that does not mean they will not appear in future games.

Thank you to all of our fans for caring so deeply about Pokémon. Recently, I shared the news that some Pokémon cannot be transferred to Pokémon Sword and Pokémon Shield. I've read all your comments and appreciate your love and passion for Pokémon.

Marvel’s War of the Realms Wraps Up

Another new comic book day has come and gone. If you want to know what the biggest and most noteworthy comics of the week were, you've come to the right place.

Scroll down to hear about some of our favorite plot twists and new debuts, and to read our new reviews and editorials. And as always, be sure to let us know your favorite books in the comments below.

Warning: this article contains spoilers for Mighty Morphin Power Rangers #40 and War of the Realms #6! 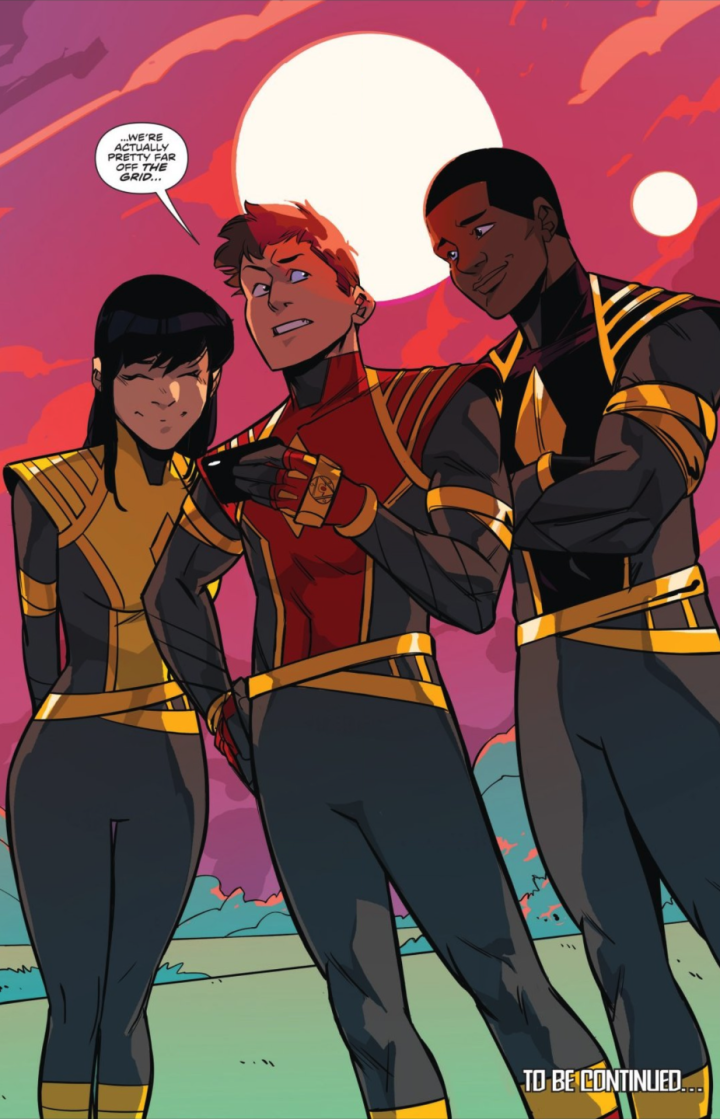