The 100 Clip: Clarke Races to Save a Friend

In the next episode of The 100, "The Tinder Box" -- airing Wednesday, March 1st -- a severely wounded and weary Octavia (Marie Avgeropoulos) finds her way back to Arkadia, badly damaged after her battle with Echo (Tasya Teles).

In this exclusive scene from the episode, Clarke (Eliza Taylor) rushes in to help her fallen friend, learning of a possible upcoming attack in the process. Take a look!

The official synopsis for "The Tinder Box" reads:

Clarke makes a desperate plea with a former ally in an attempt to avoid a war and ensure the survival of her people.

Check out this all-new gallery of images from the episode...

"The Tinder Box" airs Wednesday, March 1st on The CW.

Overcooked! Special Edition, Runner 3, Yooka-Laylee, and 13 other games were announced for the Nintendo Switch during today's Nintendo Direct.

Check out the full details about every game revealed during the Direct below:

Chucklefish Games and ConcernedApe will bring Stradew Valley to the Switch later this summer, and it will be the first console version of the game to support Stardew's new multiplayer feature. For more on the game, read IGN's Stardew Valley review. 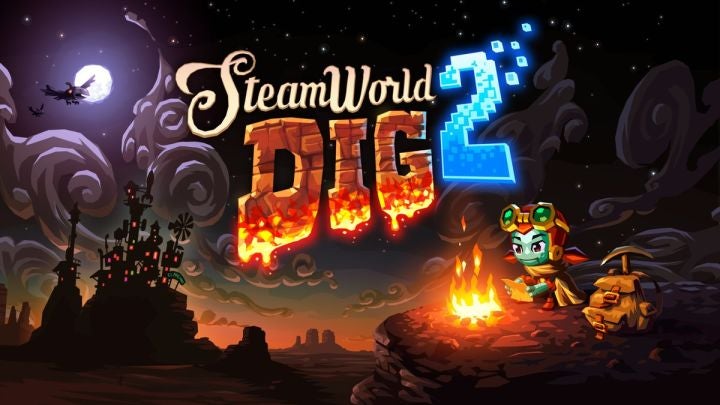 SteamWorld Dig 2 Will Be Much, Much More of the Same

The SteamWorld series has never returned to an idea it’s had previously. The universally excellent SteamWorld Tower Defense, SteamWorld Dig and SteamWorld Heist have each cast off the last game’s genre like newly obsolete limbs, as developer Image & Form seemingly gets bored and embarks on something new within its pleasantly hokey steampunk robot universe.

Enter SteamWorld Dig 2, announced as a Nintendo Switch exclusive - for now - and coming this summer (honestly - Image & Form CEO, Brjann Sigurgeirsson insists that Heist’s multiple release estimates have taught the studio to be more conservative with time-keeping). Why come back at all?

Image & Form Games has announced SteamWorld Dig 2 for Nintendo Switch, due for release this summer.

Announced as part of Nintendo’s Nindies broadcast today, the game is a follow-up to 2013’s fantastic SteamWorld Dig, and is set in the same universe as 2D tactical shooter, SteamWorld Heist.

Watch the announcement trailer below:

Featuring Dorothy, a character from the original game, Dig 2 will expand the scope of the original, keeping the same ‘Metroidvania’ action-adventure structure, but expanding it across multiple new locations, and adopting a non-linear structure.

The DLC included in the Battlefield 1 Premium Pass are titled They Shall Not Pass, In the Name of the Tsar, Turning Tides and Apocalypse.

They Shall Not Pass puts players in control of the French army in battles around Verdun, one of history's bloodiest battlefields, as well taking part in the "largest tank assault of the war."

Ubisoft has announced that The Division developer Massive Entertainment is currently working on a game based on the world of James Cameron’s Avatar.

Massive is working alongside Fox Interactive and James Cameron’s studio Lightstorm Entertainment, and the game will be built in the Snowdrop engine that powered The Division. Ubisoft said the game will be headed to PC and consoles, but didn’t name any specific platforms yet.

No plot details were revealed, but Ubisoft said in a statement that the game “will continue to expand and deepen in the Avatar universe in exciting and innovative ways along with the films.”

“With the power of Massive’s Snowdrop game engine and the team’s passion and obsessive focus on detail, we know they’re the right group to bring the beauty and danger of Pandora to life,” Cameron said in a video accompanying the announcement.

Supergirl Producer on Why we Haven’t Seen Alternate Arrowverse Heroes

There are specific reasons why alternate versions of Arrowverse characters haven't been featured in Supergirl.

Kreisberg explained that the show's producers decided not to mess with alternate realities on Supergirl for fear of muddling the narrative and not having a good enough story reason.

SpaceX Will Send 2 People Around the Moon in 2018

Two citizens have paid to be sent around the moon, SpaceX has revealed, in its Dragon spacecraft.

The exact amount wasn't specified, other than it required a "significant deposit." The mission is set to take place during the second quarter of 2018.

“This presents an opportunity for humans to return to deep space for the first time in 45 years,” says SpaceX, “and they will travel faster and further into the Solar System than any before them.”

“Designed from the beginning to carry humans, the Dragon spacecraft already has a long flight heritage. These missions will build upon that heritage, extending it to deep space mission operations, an important milestone as we work towards our ultimate goal of transporting humans to Mars.”

Xbox Game Pass offers timed access to a library of Xbox One and Xbox 360 for £7.99 / $9.99 a month. Where it differs from Sony’s streaming service PS Now is users can download each of the games in the library directly to their platform – be it Xbox One or Windows 10.

“That means continuous, full-fidelity gameplay without having to worry about streaming, bandwidth or connectivity issues,” says Microsoft’s Phil Spencer.

Following the big mix-up at the 89th Annual Academy Awards, where presenters Warren Beatty and Faye Dunaway announced the incorrect winner for Best Picture, the Academy has released a statement of apology, explaining the cause of the issue.

After apologizing to all of those involved, as well as those who tuned in around the world to watch the Oscars, the Academy said that professional services network PricewaterhouseCoopers (PwC) is at fault for the error.

"For the last 83 years, the Academy has entrusted PwC to handle the critical tabulation process, including the accurate delivery of results. PwC has taken full responsibility for the breaches of established protocols that took place during the ceremony," the Academy said.