Nintendo has confirmed that it is no longer manufacturing Wii U consoles.

In a statement to IGN, a Nintendo representative confirmed that “Wii U production has ended globally.”

Previously, Nintendo confirmed that Wii U production would be ending soon, but didn’t provide an exact timeframe. Yesterday, Nintendo updated Wii U sales figures alongside its latest financial report, confirming that just over 13.5 million consoles were sold as of December 31, 2016.

Nintendo has released a new update for Super Mario Run on iOS.

As Nintendo confirmed on Twitter, the update adds a new Easy Mode that will provide players with unlimited Bubbles and eliminate the time limit. 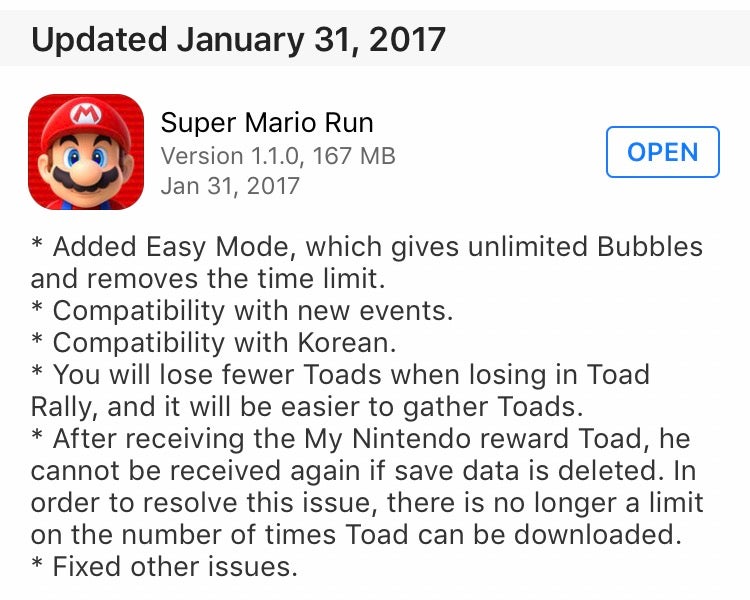 The update also changes Toad Rally mode, making it easier to gather Toads and harder to lose them. Nintendo also added “compatibility with new events,” a Korean language option, and unlimited redemptions for Toad as a playable character when connecting your My Nintendo account.

Nicole Kidman Up for Role of Aquaman’s Mom

Oscar winner Nicole Kidman has reportedly been offered the role of the titular superhero's mother in the Aquaman movie.

According to The Hollywood Reporter, Kidman "has been Wan's top choice for weeks, with an official offer finally going out on Monday."

In the DC Comics, Aquaman's mom Atlanna was a member of the Atlantean royal family who fell in love with lighthouse keeper Tom Curry and gave birth to their half-human, half-Atlantean son, Arthur Curry. 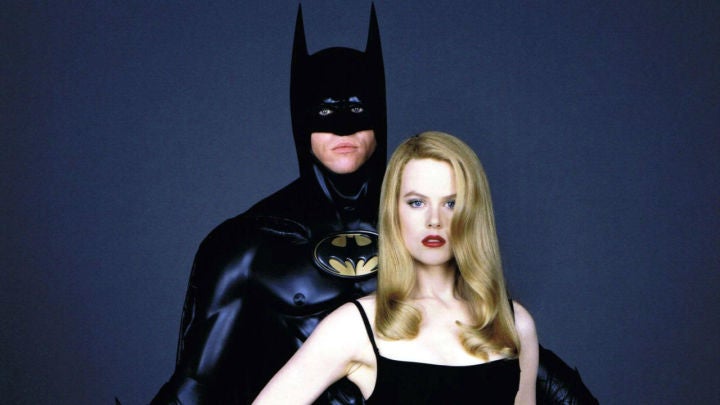 A new Need for Speed is currently in development and is set to be launched during EA's fiscal year 2018, the publisher has revealed.

EA CEO Andrew Wilson revealed during its quarterly earnings call that the team behind the upcoming Need for Speed game "is pushing the boundaries of action driving."

"We’ve given this game an extended development cycle to focus on innovation, and the Need for Speed team is pushing the boundaries of action driving with what we believe is the most exciting and best-looking Need for Speed game we’ve ever produced," Wilson said during the fiscal year 2017 third quarter call.