Ronin is a stealthy, cyberpunk-themed action platformer starring an assassin with an axe to grind. Taking some cues from Kill Bill, slick tracksuit and motorcycle helmet included, you infiltrate enemy compounds to pinpoint the location of five targets who left a stain on your past. Marred only a little by control flubs, Ronin is a brief but entertaining ride, packed full of gripping covert infiltrations and plenty of bloodshed.

As video games have often taught, it is a lot of fun to play as a lithe assassin, and Ronin is no exception. Here, you clamber up walls and dive through windows; you stick to the shadows, dodging traps and enemy eyesight; you crawl on ceilings, swing from a grappling hook, and slide down ventilation shafts--all the while sinking your sword into anyone who stands between you and your goals. The locomotion of your vengeful assassin is intuitive and fun. Hopping over platforms and rooftops is smooth, and ending your brisk sprint by bursting through a glass pane to knock down a dumbfounded security guard and plunge a katana into his back is a sinister thrill that never gets old.

But as fancy as your moves may be, it takes only one bullet for enemies to end your violent jaunt--so, naturally, you need to kill them first. Ronin employs a turn-based combat system, which makes for a rather dramatic gear shift from the methodically paced sleuthing. However, the combat is steady and challenging, and is a joy to boot. The game pauses the moment you enter battle, which offers a chance to scan the area and get your bearings on the fight ahead. Enemies train their laser sights on you, forcing you into a situation where you must escape harm. Using your mouse or analogue stick, you create a jumping arc line to evade incoming fire indicated by a red laser sight. Leaping into a guard knocks him over, which momentarily stuns him, occasionally giving you the chance to deal a finishing blow. Every action moves the battle forward one second, which is important to note, as enemies can call in lockdowns unless you can stop them within a 10-second time limit.

You have access to all of your abilities while in combat, and your mastery of them can mean the difference between a successful dodge and getting blown to bits. The tense battles have you swinging through the air on your grappling hook or bouncing from wall to ceiling like Spider-Man. Knocking down or killing an opponent earns a point that goes into a handful of unlockable skills. After collecting enough unused points, you're granted a limit break, or one free move to use however you wish, from leaping to quickly finishing off a nearby enemy.

Unfortunately, the controls aren't always as sharp as your helmeted assassin's blade.

Completing all objectives in a mission earns you a point to put toward even more skills to be added to your arsenal of moves. As your move set evolves, you're soon able to stun multiple targets, drop a distracting hologram, or perform a stealth kill (the latter being a personal favorite). The animation for the kill--basically a black rope that reaches down to pull an enemy into the rafters--does admittedly look odd. But nothing offers the same level of grim satisfaction as sneaking into a room of hapless foes and leaving meaty piñatas behind.

Unfortunately, the controls aren't always as sharp as your helmeted assassin's blade. At times, your character doesn't follow the jumping arc. It's rare, but it occurs enough to be an irritation--such as during moments when instead of leaping in an arc that leaves you a foot off the ground, the assassin jumps into the air and catches a bullet in the brainpan. For the lack of a better term, it's wobbly: controls work fine most of the time, but suddenly something shifts and you eat a bullet sandwich. Luckily, checkpoints are scattered throughout each mission, which keeps frustration to a minimum.

Worse, however, and far more aggravating, are the mistakes made due to button prompts that change depending on the situation. For example, one button is typically used in order to enter doors, but the given prompt sometimes changes if you're near someone, such as a civilian--whom you typically try not to kill. So, after getting it stuck in your head that a certain prompt is used for entering a door, you may feel a tad perplexed as to why your assassin is suddenly dealing a death blow to a civilian standing just off to the side.

This happens because Ronin allows for multiple button prompts to enable you to tackle many enemies at once while in combat. During exploration, typically only one particular button is used. But when there is suddenly another possible target, the button might swap with another (for example, from A to B), sometimes allowing the aforementioned unfortunate situation to occur. It can happen in combat as well; an accidently thrown sword will quickly teach you to take battles more slowly and stay mindful of the button prompts. It isn't a damning problem, but it is jarring, and can often lead you to reload your last checkpoint.

Minor control issues don't keep Ronin down. Though the game can be finished in around six hours, it provides enough intense moments to keep your attention locked through every second. There is also a new-game-plus mode if you're hungry for more and looking for some tougher action. Enjoyable and captivating, Ronin proves that revenge is a dish best served cold--and sometimes hanging from the ceiling.

Where Should Fallout 5 Take Place?

Fallout 4 was revealed a few weeks ago on June 3, and it's been non-stop Bethesda since then. The initial trailer confirmed that Boston would be the game's setting, and did a fantastic job of teasing a much larger gameplay reveal at E3 2015. Cut to a few weeks later, and Bethesda blew the doors off of Fallout 4 with a whole mess of story reveals, new gameplay systems (crafting!), and a mobile game that took the IGN office by storm.

Now obviously all eyes are on Fallout 4 leading up to its November 10th release, but our good friends at ThinkGeek wanted to get ahead of the curve. They polled over 800 people on where they wanted the next-next Fallout game to take place. They also wanted to see which platforms gamers were stoked to play the upcoming game on. Take a look:

A new rumor suggests that Warner Bros. and MGM are seeking a female director for their upcoming reboot of Tomb Raider.

According to Heroic Hollywood's sources, screenwriter Evan Daughtry's (Teenage Mutant Ninja Turtles) script for the Tomb Raider reboot is now complete, and the studios want to fast-track production on the film with a female director along the lines of Breaking Bad helmer Michelle MacLaren.

"Well the script is out to directors and here is the kicker, they're looking for a female director, a Michelle Maclaren type," notes the site. "The reboot is on a fast track, and there is strong progress to production language in the rights deal with Square Enix, the video game company behind the game."

This year's Game Critics Awards: Best of E3 nominees have been announced. IGN's Game of the Show, Star Wars Battlefront, leads the way with five nominations, followed by Fallout 4 and Horizon: Zero Dawn with four each.

BOOM! Studios and Saban Entertainment have announced their partnership to launch a Power Rangers comic series, based on the original incarnation of the franchise, Mighty Morphin Power Rangers.

The series will debut at San Diego Comic-Con in July as a set of six exclusive, one-page comics, which are designed as a series of one-shots focused on a different Power Ranger.

Written by Mairghread Scott (Transformers: Windblade) and drawn by Daniel Bayliss (Translucid), the one-shots work as standalone stories that can also be “stitched together to form one full story.” Each comic also features a pin-up on the backside by artist Goñi Montes (RoboCop). 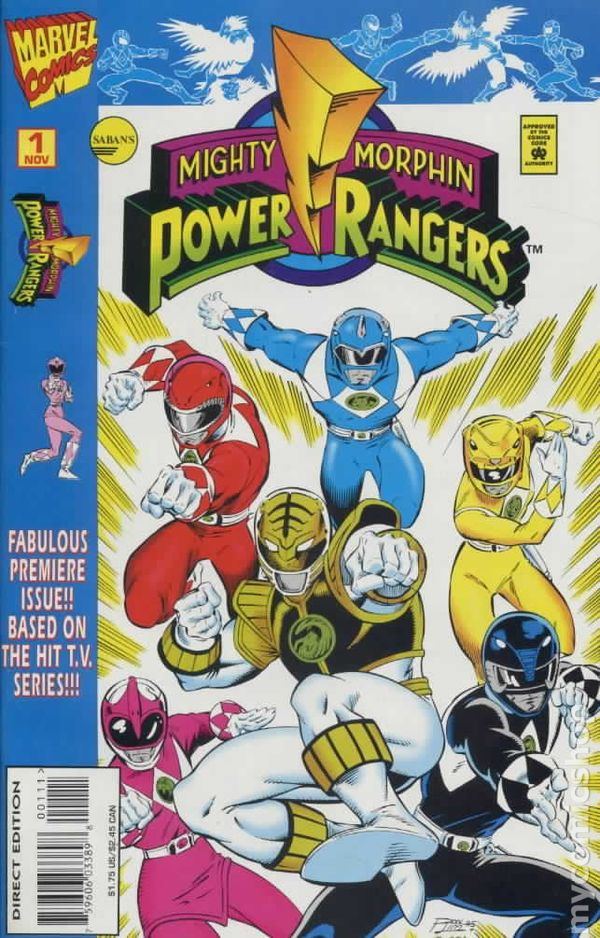 Marvel published Mighty Morphin Power Rangers back in the day.

Dark Souls Mod Will Let You Control the Bosses

An upcoming Dark Souls mod from DaTeHaCKs will let you take control of the game's bosses. It's called the Dark Souls Boss Arena Mod and it's slated for a September 16th, 2015 release date.

The trailer features the player controlling Manus, the Asylum Demon, Ornstein, Smough, Quelaag, and Kalameet, but according to the developers, you'll be able to play as all of the bosses from the game and every enemy character as well.

You can also set custom "Arena Mode" battles, which I can only hope means I can somehow bring the Bed of Chaos onto the Moonlight Butterfly bridge. Or pit the Gaping Dragon against Kalameet. Or use Sif to stomp the Capra Demon's stupid dogs. The possibilities...

Marvel is relaunching The Amazing Spider-Man comic series under their All-New All-Different banner, giving the wall-crawler a high-tech redesign from legendary artist Alex Ross and a whole new Iron Man-influenced status quo under the pen of writer Dan Slott and artist Giuseppe Camuncoli.

Speaking to MTV about Spider-Man’s new responsibilities as head of Parker Industries, Slott said, “Peter Parker has stepped up. He’s grown. He’s become the Peter Parker we’ve always hoped he was going to be. …This company, with Peter’s inventions and Peter’s gumption has gone to new heights.” 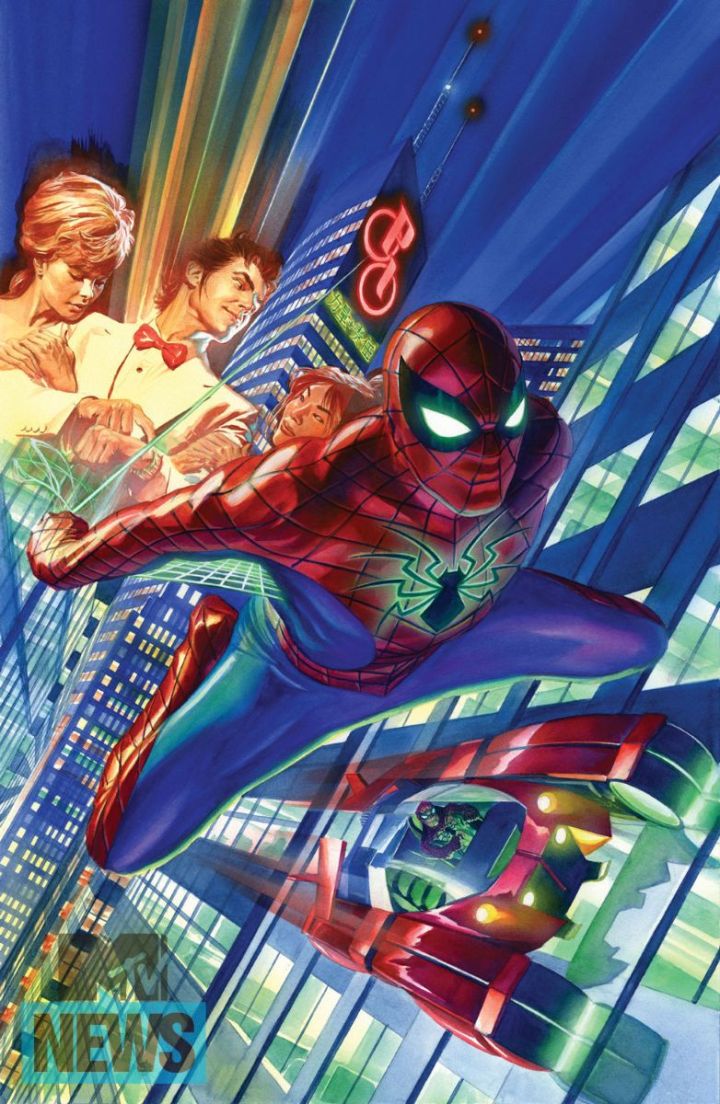 Microsoft has revealed this week's Deals with Gold, which include Plants vs. Zombies: Garden Warfare, Mirror's Edge, and many more.

Plants vs. Zombies: Garden Warfare 2 was recently announced during E3. The sequel is expected to be released in early 2016.

Meanwhile, several EA-published games, including Burnout Paradise, Crysis 2, Mirror's Edge, Skate 3, and Kingdoms of Amalur: Reckoning, are 75-80% off on Xbox 360. For the full list of discounted games, head over to Major Nelson's blog.

Marvel Comics writer Rick Remender announced he will be "taking a break" from working with the company to focus on his family and creator-owned work.

"Marvel enabled me to provide for my family as it grew, as my two children appeared into the world, and for that I am indebted and eternally grateful," Remender wrote in a blogpost (via Comic Book Resources). "They offered me their biggest flagship titles, they paid me well, and allowed me to sleep knowing my family could afford a doctor visit should one be needed, and this was not the case for most of my adult life."

Shovel Knight Is Getting a Physical Version

Yacht Club Games has announced that Shovel Knight is coming to retail in October.

Along with the base game, the Shovel Knight physical package includes the Plague of Shadows content update and challenge mode. Plus, picking up the disc version of the 8-bit action game means you also receive all of the free, future updates, like Specter Knight's campaign.

Yacht Club Games, who is publishing the title with help from U&I Entertainment, is also promising a lavish instruction booklet with Shovel Knight. "No two-page inserts here! You deserve a full manual, to hold in your hot little shaking hands and pore over as you wait to get home," Yacht Club said on its website.