According to Nintendo, Pokémon Sun and Pokémon Moon have shifted a combined 14.6 million units since their launches last year, placing the titles ahead of Pokémon Omega Ruby and Pokémon Alpha Sapphire, Super Mario 3D Land, and Super Smash Bros. 3DS in terms of lifetime sales.

Here’s the current breakdown of top-selling software for Nintendo 3DS.

According to Nintendo, the reason for the sharp decline in amiibo sales is due to the lack of amiibo-supported software for the period.

"Although the release of some new titles offering amiibo functionality restored some momentum, amiibo sales remained limited to 6.5 million units for figure-type and 6.6 million units for card-type,” writes Nintendo. “In addition, there were relatively fewer offerings of downloadable content during this period, so digital sales were also down to a large extent on the same period last year."

Due for release on 21st February, 2017, Halo Wars 2 is now available to preorder on the Xbox One. Currently the cheapest place to preorder it is from Instant Gaming who have it priced at £31.32. To put perspective on this deal, Amazon have it going for £39.89 which means you'll save at least £8 with Instant Gaming.

Nintendo's fourth smartphone game, Animal Crossing, has been delayed until the next financial year. A new release date window has been pencilled in for some time between April 2017 and March 2018.

Originally due to launch last year, this marks the second delay for Animal Crossing's mobile entry after it was put on ice and scheduled to release before the end of next month.

Instead, the free-to-play game has been pushed back once more so that Nintendo can focus on the Android launch of Super Mario Run in March, as well as the release of Fire Emblem Heroes on 2 February.

Fire Emblem Heroes feels like the ultimate crossover comic book for a Nintendo universe full of heroes and villains. And it could not have come at a better time for the long-running, turn-based strategy series. After years of niche status, Fire Emblem is in the middle of a renaissance since 2013’s successful FE Awakening on Nintendo 3DS. The new free-to-play mobile game appears to be a faithful experience, but one that uses random selection mechanics, called Gacha, as motivation for players to build an unstoppable FE dream team.

The mobile debut of Fire Emblem uses the same tried-and-true battle language of the series, but it makes a few changes too. Hardcore fans will recognize the familiar weapon triangle, a series mainstay that uses a rock, paper, scissors system to determine which weapons dominate in an engagement (sword are strong against axes, axes beat spears, and spears get a damage boost versus swords). It's an elegant system that can always be found at the lower right of the screen. Every skirmish takes place on a single screen map, so you can position your troops and attack using a single hand while you’re riding the bus or train. The smaller battlefields appear much simpler at first than the larger ones we’ve seen on the 3DS, but they feel engineered for quicker turn-based matches on the go.

Overwatch’s Bastion is Getting Buffed

Overwatch's big friendly robot is getting a rework.

Overwatch's game designer Geoff Goodman confirmed the news that Bastion will be getting a buff in response to a complaint on the game's official forums, and said a PTR build where you can test the revamped character out will be coming "fairly soon". Check out the full list of changes in Goodman's comment below.

"Here are some high level stuff we're likely to have testable in the next PTR:

Recon Mode - Lowered spread and increased magazine size, to help with general viability in this mode.

UFC star Conor McGregor might not appear in Game of Thrones after all.

Despite recent rumors suggesting McGregor will reportedly have some sort of a cameo role in one of the two remaining seasons of the HBO show, the current UFC lightweight champion denied the rumors in an interview with the Good Times Network (via Entertainment Weekly). McGregor confirmed that he was indeed visited by people from HBO right after a fight about a potential role before the rumors began. But, he's currently "not trying to be in show business, I’m trying to be in the fight business."

Official: Ben Affleck Will No Longer Direct The Batman

Ben Affleck will no longer be directing The Batman for Warner Bros.

Variety has confirmed that Affleck will stay on board the project as star and producer, but that he and the studio came to a mutual decision that he would step down as director.

“There are certain characters who hold a special place in the hearts of millions,” said Affleck in a statement. “Performing this role demands focus, passion and the very best performance I can give. It has become clear that I cannot do both jobs to the level they require. Together with the studio, I have decided to find a partner in a director who will collaborate with me on this massive film. I am still in this, and we are making it, but we are currently looking for a director. I remain extremely committed to this project, and look forward to bringing this to life for fans around the world.” 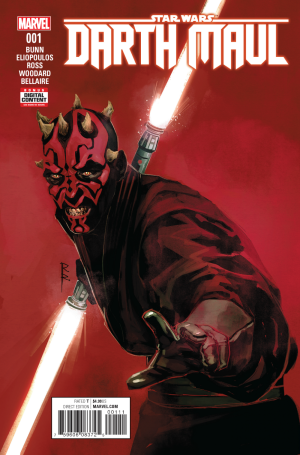 Daddy's Home 2 may star both Mel Gibson and John Lithgow.

According to Deadline, Paramount Pictures wants both actors to join previously confirmed cast members Will Ferrell and Mark Wahlberg, who will return to reprise their roles from the first film.

Gibson most recently appeared in The Expendables 3 and Blood Father. He also directed the 2016 WWII drama Hacksaw Ridge, which has been nominated for several Oscars.