The disc will come under the name Hitman: The Complete First Season, and will feature all the locations from Season 1: Prologue, France, Italy, Morocco, Thailand, USA, and Japan.

As well as the locations, it'll feature all the challenges, opportunities, and Escalation Contracts that have been created by the studio, as well as Contracts created by the community. Plus, it'll grant access to all Elusive Target missions following January 31.

The official Twitter account for the BBC Sherlock series has released the first image from the upcoming fourth season of the show.

The picture shows Benedict Cumberbatch as Sherlock Holmes along with Martin Freeman as John Watson, accompanied by the caption: "The boys will be back soon! Here’s the first official picture of #Sherlock and John from Series 4."

The boys will be back soon! Here’s the first official picture of #Sherlock and John from Series 4. pic.twitter.com/MqGfuUWb96

After its next expansion, the game will split players into two types, Alpha and Omega clones. Existing subscribers who continue to pay will make up the Omega type, able to use the entire breadth of the game's skills, ships and items.

Alpha clones will be non-paying players, who can play indefinitely but will have restricted access to skills. The skills they do have allow them to fly early-game Frigates, Destroyers and Cruisers.

Developer CCP makes clear that this will allow Alpha players to mine, explore, run missions and take part in the game's huge fleet fights (i.e. all the baseline EVE content).

At the helm of the team is Warren Spector, who helped create the original System Shock. Spector’s accomplishments are many, having worked on Thief: The Dark Project, Deus Ex, Epic Mickey, as well as a sea of other RPG titles.

Joining Spector is design director Sheldon Pacotti, who worked as lead writer for both Deus Ex and its sequel Invisible War, and Arturo Pulecio, who serves as Art Director. Titles Pulecio has worked on previously include Lord of the Rings Online, Dungeons and Dragons Online, Dark Age of Camelot, Warhammer Online, Wizard 101, and both Epic Mickey games.

Given Stranger Things' popularity, it should come as no surprise that it's now been officially renewed for a second season.

Season 2 will premiere on Netflix in 2017, with nine episodes - one more than Season 1's eight-episode run. Matt and Ross Duffer -- the Duffer brothers -- will return as writers for Season 2, as well as executive produce alongside Shawn Levy and Dan Cohen.

Netflix's supernatural drama is a 1980s-set thriller that centers on the disappearance of a local boy and a mysterious young girl with powers that shows up around the same time he goes missing. Season 2 is expected to continue the story of the same characters, with Netflix's video teaser (seen above) stating it will take place in the fall of 1984, one year after Season 1's events, as the Duffer brothers had previously explained to IGN.

This news comes via Deadline, which reports that the actors' characters are being kept secret for now. The horror movie is currently filming, and is scheduled to hit theaters on October 20, 2017.

Avecedo played Mitch Dolgen in Season 4 of The Walking Dead, and has also appeared in the likes of Dawn of the Planet of the Apes and Band of Brothers. Caitlin Gerard most recently played Aubry Taylor in American Prime, and has appeared in movies like The Social Network and Magic Mike.

After a day of exclusive access for those in the Battlefield Insider program, the Battlefield 1 open beta is now available to download free on PS4, Xbox One and PC via Origin.

Featuring the Sinai Desert map (horses! An armored train! Miles of sand!), the beta offers the ever-present Conquest mode, and the first taste of Battlefield 1's take on Rush mode.

PS4 owners won't require a PS Plus subscription to play, but Xbox One-rs will need a Gold account.

Progress in the beta won't be saved, although players who play on four different days and reach level 15 will earn an exclusive dog tag in the full game.

Watch Rogue One Toys Make Their Own Version of the Film

Disney has revealed Go Rogue, a series of fan films about Rogue One: A Star Wars Story, starring the film's tie-in toys.

The first episode is below:

Written by Kevin Ulrich and animated by Dan MacKenzie and Tucker Barrie, the series sees a group of well-articulated fighters going up against the plasticky ranks of the Empire in search of the plans for the Death Star (which, in this case, are Lego building instructions).

It's pretty much worth it for this shot alone: 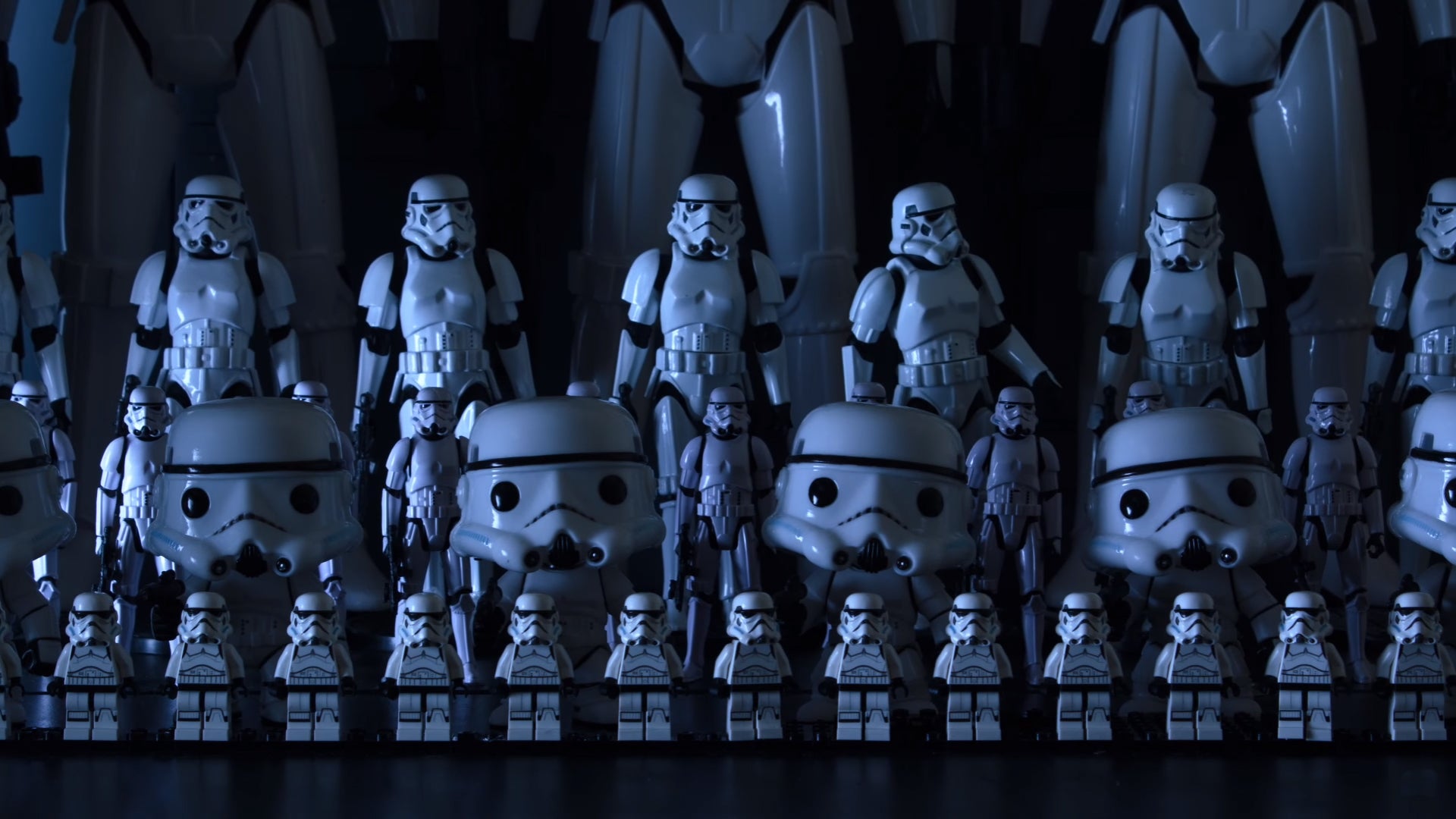 ‘Astronauts’ Just Spent a Year Pretending to Be on Mars

NASA “astronauts” spent a year on “Mars,” which is to say in a Hawaiian volcano.

After 12 months stuck with each other in isolation, a team of substitute astronauts have emerged with huge amounts of data to contribute toward potential future missions to Mars.

The HI-SEAS IV (Hawaii Space Exploration Analog and Simulation) program was designed to mimic the pressures and confines of a manned-mission to Mars, which would see astronauts sharing a tiny habitat for as long as three years. A 36-foot wide domed habitat was set-up on Hawaii’s Mauna Loa volcano, and housed a team of scientists that performed studies on cohabitation, and ran drills including simulated emergencies, and missions out onto the faux Martian surface to collect soil samples and the like while wearing full space suits.

Marvel and ABC Studios are developing a TV series around the New Warriors, focused heavily on fan-favourite Squirrel Girl.

TV Line reports that the comedy series is currently "being shopped around to cable and streaming outlets", according to its sources. The New Warriors are described as being like a teenage Avengers, and one of those teenagers is Doreen Green, aka Squirrel Girl, a mutant whose physical makeup is similar to that of a squirrel.

The character has been the focus of some attention recently thanks to a Tweet from Edgar Wright endorsing actress Anna Kendrick for the (then hypothetical) role.