Lost Soul Aside is a Final Fantasy XV-inspired game with the combat of Devil May Cry. And in a crazy twist, it’s all being made by just one person.

The game is being created by one man by the name of Yang Bing. The trailer is below if you want to see what all the fuss is about.

Over on the Lost Soul Aside’s Facebook page, Bing’s manager answered some questions surrounding the project. Currently, it’s in development for PC and is being created in the Unreal Engine 4. That said, Bing is open to the idea of bringing it to other platforms should the need arise.

Bing’s manager says the developer was inspired by Final Fantasy XV when he saw the trailer two years ago, so Bing “decided to work on his own (Final) Fantasy, but the models will eventually change in the final game.”

SEGA Sales Are on the Up

SEGA has released its report for the latest financial quarter ranging from April 1 to June 30, and the company has shown signs of improvement over the same period last year.

According to Gamespot, sales for the first quarter reached $692 million, a 33 percent increase over last year. Profits are $30 million, while SEGA reported a $93 million loss last year.

SEGA attributes recent success to Phantasy Star Online 2 on PS4, which sold 130,000 copies, and Total War: Warhammer. The Total War series as a whole has now surpassed 20 million sales, and Warhammer is the fastest selling installment in franchise history.

The following are a few of the films we caught at the Fantasia International Film Festival in Montreal. A month-long celebration of the weird and wonderful, the festival features odd offerings from all over the globe, and we’d recommend it to anyone with even a passing interest in films that defy both convention and definition. No word on a release date for the majority of these, but we'll let you know as and when... 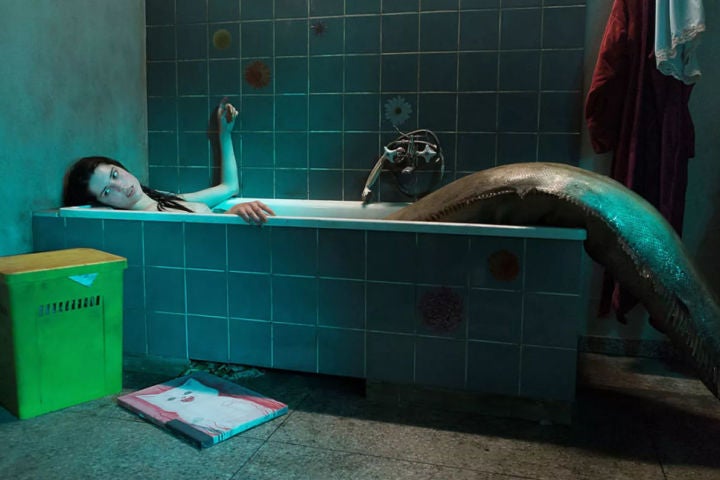 The Lure is a Polish film that journeys where few Polish films have gone before. In fact, it heads for territory few films venture into: the horror-musical. About mermaids. Who land jobs in a strip club. Yet in spite of that weird set-up, the film is an unadulterated joy. The two sirens in question wash ashore and befriend a musical trio who play in said club. But when one of them falls for the band’s handsome guitarist, it threatens the life of one of the girls, and tears their friendship apart. The story and tone jump all over the place, but the merging of genres – with comedy and sex rubbing shoulders with songs and scares – somehow works. And the musical numbers have to be seen to be believed.

Pokemon Go: Niantic on Why It Removed ‘3-Step’ Tracking

Pokemon Go developer Niantic has outlined to players why it removed the ‘3-step’ tracking display from the game in a new post on the Pokemon Go Facebook page.

“We have removed the ‘3-step’ display in order to improve upon the underlying design,” Niantic explains in its statement. “The original feature, although enjoyed by many, was also confusing and did not meet our underlying product goals. We will keep you posted as we strive to improve this feature.”

According to Niantic third-party services were also to blame.

“We have limited access by third-party services which were interfering with our ability to maintain quality of service for our users and to bring Pokemon Go to users around the world. The large number of users has made the roll-out of Pokemon Go around the world an... interesting… challenge.”

Looking Back at Another Crazy Comic-Con

Thanks to going straight from Comic-Con into the TCA press tour (well, minus that day off mentioned at the end of this episode), this Channel Surfing is going up over a week after it was recorded. So forget a long intro, let's get to it!

For the second time, we recorded an episode while driving home from San Diego Comic-Con, in all of its random, loopy splendor, discussing everything that occurred in what is always our busiest, craziest few days of the year.

Guardians of the Galaxy Vol. 2 Won’t Have Any Infinity Stones

There won't be any Infinity Stones in Guardians of the Galaxy Vol. 2, according to director James Gunn.

Infinity Gauntlets won't show up either; in a comment on Facebook, Gunn confirmed there will be "infinity nothing" in the film.

Guardians of the Galaxy Vol. 2 is intended to a be a story about the Guardians, and not a lead-up to anything else—including Avengers: Infinity War, despite some characters, like Thanos, playing a large part in the extended Marvel Cinematic Universe.

Lots of new information regarding Guardians of the Galaxy Vol. 2 was revealed during San Diego Comic-Con 2016, including Kurt Russell's costume for the film. During the event, Russell's character was also confirmed; Marvel also debuted the film's new logo, and announced that Elizabeth Debicki will be playing Ayesha.

We all want the best of the best, so let us point out the hottest comics released each week. We spotlight our favorite comics that we know are money-well-spent and new books that look cool and are backed by some top-tier talent.

Check out our picks, then take to the comments to let us know what looks good to you! 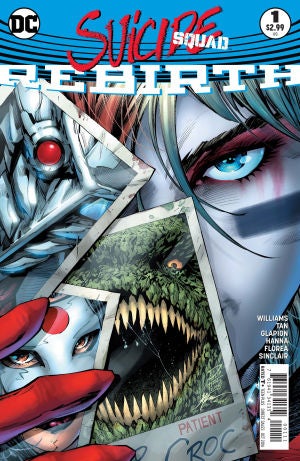 As you might be aware, there's a Suicide Squad movie hitting theaters in a few days. What better time than now to relaunch the comic and induct this team of felons-turned-mercenaries into DC Rebirth?