John Singleton, Director of Boyz n the Hood, Dead at 51

John Singleton, the famed director behind such films as Boyz n the Hood, died today in Los Angeles at the age of 51. Singleton suffered a major stroke last week and was taken off life support by his family just a few hours ago.

As first reported by TMZ, Singleton checked himself into Cedars-Sinai Medical Center in Los Angeles last week after he returned from Costa Rica and was experiencing problems with his legs. He suffered the stroke in his hospital room and then went into a coma.

Today, John Singleton's family made the tough decision to take him off life support. After he passed, they released a statement saying, "We are sad to relay that John Singleton has died. John passed away peacefully, surrounded by his family and friends. We want to thank the amazing doctors at Cedars-Sinai Hospital for their expert care and kindness and we again want thank all of John’s fans, friends and colleagues for all of the love and support they showed him during this difficult time.”

David Dastmalchian, known for his roles in Ant-Man and The Dark Knight, has been cast in The Suicide Squad as Polka-Dot Man.

Per The Hollywood Reporter, Dastmalchian has closed a deal to join the ever-growing cast of James Gunn’s film, with sources saying he’ll assume the role of Polka-Dot Man. 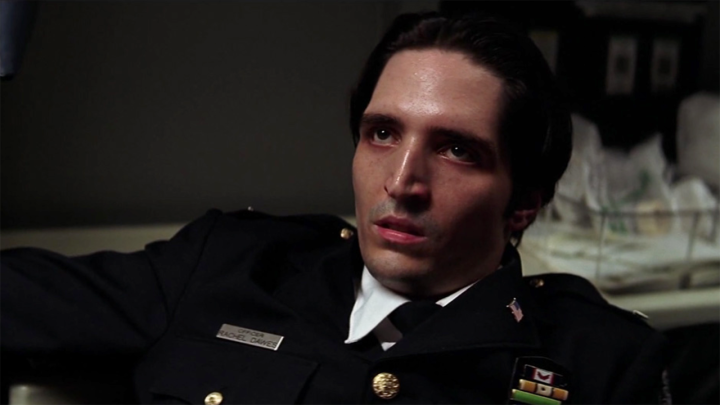 David Dastmalchian in The Dark Knight

Game of Thrones: The Long Night Is the Most-Tweeted Episode of TV Ever

SPOILERS AHEAD for Game of Thrones' Season 8, Episode 3 - "The Long Night."

Game of Throne's latest episode, "The Long Night," is officially the most Tweeted about scripted episode of TV of all-time with over 7.8 million Tweets.

Twitter revealed this impressive feat and also announced that it beat out the previous record holder, Game of Thrones' season 8 premiere, that had over 5 million Tweets.

Why Endgame Handled Black Widow’s Story the Way It Did

Full spoilers ahead for Avengers: Endgame!

Avengers: Endgame screenwriters Christopher Markus and Stephen McFeely have spilled the beans on why they killed off some of Earth's Mightiest Heroes in the MCU's 22nd film, including Scarlett Johansson's Black Widow.

Fantastic Beasts 3 Is Set in Brazil

In addition to the new setting, Deadline reports Jessica Williams' Professor Eulalie "Lally" Hicks will have a bigger role in the third installment. Lally, a professor at Ilvermorny School of Witchcraft and Wizardry, appeared briefly in Fantastic Beasts 2. J.K. Rowling previously teased Lally's "true glory" would be revealed in the third film.

Phil Lord and Christopher Miller, Spider-Man: Into the Spider-Verse producers and directors of 21 Jump Street and The Lego Movie, have signed a five-year deal with Sony Pictures TV to oversee Sony’s Marvel TV universe.

Per The Hollywood Reporter, this deal follows Lord and Miller’s departure from 20th Century Fox TV after it was absorbed by Disney in March’s major acquisition. The deal is allegedly valued in the nine-figure range, and will see the duo create and develop their own comedy and drama projects and supervise other writers’ projects. All of Lord and Miller’s Sony Pictures TV projects will be produced by their Lord Miller Productions and overseen by Aubrey Lee.

We Need to Talk About the Hulk’s Endgame Storyline

Avengers: Endgame serves as the culmination of everything introduced in the MCU so far. And that includes Hulk's journey from monster to hero. Over the past decade, we've seen Bruce Banner and his alter ego slowly evolve and come to terms with one another. And now in Endgame, we meet the ultimate combination of brains and brawn - the Professor Hulk.

What exactly is the Professor Hulk, and what does his debut mean for Hulk's MCU journey going forward? Read on to find out about Professor Hulk's comic book history.

Hulk is a product of Bruce Banner's profoundly warped psychology and repressed anger. It makes sense that Hulk himself would evolve as Banner's own psychological state changes. Essentially, Professor Hulk is the ultimate fusion of Banner and Hulk. He has all of Banner's intelligence and eloquence and all of Hulk's incredible strength.

The Batman Who Laughs Takes on Superman and Batman

DC Comics has announced a new Batman/Superman team-up series, one that pits the Dark Knight and the Man of Steel against an evil version of Batman.

As revealed by The Hollywood Reporter, the new series also boasts an all-star creative team, pairing writer Joshua Williamson (The Flash) with the formerly Marvel-exclusive David Marquez (Civil War II). THR reports that the series has been in the works for well over a year now. 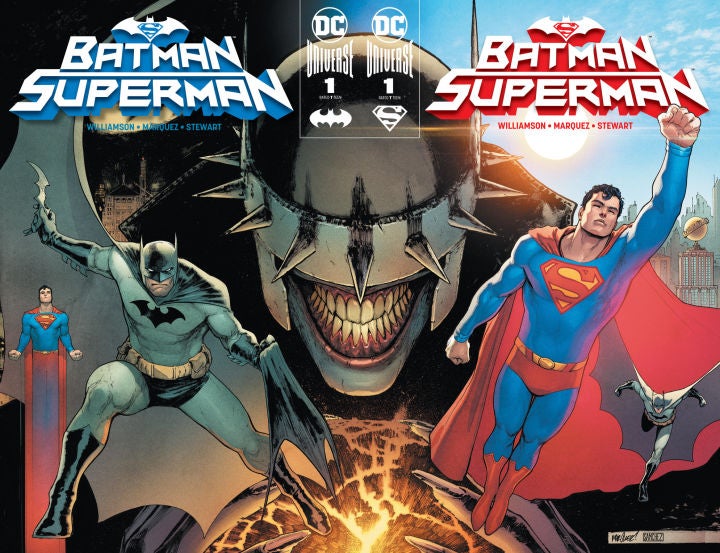 LEGO has revealed five new Harry Potter sets that will be released June 1, along with an Advent calendar that will be available as of September 1.

The Harry Potter LEGO sets are throwbacks to the third and fourth films – The Prisoner of Azkaban and The Goblet of Fire, with some of the sets being very similar to previous LEGO sets from the time, such as The Knight Bus and Hagrid's Hut.

LEGO has announced that many of the minifigures will be new renditions of characters, such as Harry Potter, Hermione Granger, Ron Weasley, Sirius Black, Albus Dumbledore, Buckbeak, and others, while Hagrid seems to be the older version.

Game of Thrones: What is The Long Night?

Warning: Spoilers for Game of Thrones through "The Long Night" follow...

Since episode intel is being held very close to the vest in this, the final season of Game of Thrones, it wasn't until the snow and ash had settled on this week's epic chapter that we learned Season 8, episode 3 was titled "The Long Night" - a title that, like last week's moniker "A Knight of the Seven Kingdoms," holds two meanings.