Avengers: Endgame Leaves Woman Hospitalized for Crying Too Much

A Marvel fan had to be taken to hospital after crying too much during Avengers: Endgame.

As reported by The News, 21-year-old Xiaoli from Ningbo, China was rushed to hospital after she started showing signs of hyperventilation while watching the film.

The report cites an emergency doctor explaining the situation: “We thought that her crying had caused ‘hyperventilation’. We immediately gave her oxygen and relaxed her emotions by appeasement, reducing her hyperventilation symptoms."

As the final chapter in the MCU’s multi-phase storyline, Avengers: Endgame is naturally filled with emotional highs and lows. If you’ve seen it already, you’ll no doubt have either cried yourself or know someone who has. Hopefully no one else has cried themselves into hospital, though.

UK Daily Deals: Up to £350 off Laptops and Desktops at Dell, Preorder Avengers 1-4 Complete Boxset Blu-ray for £35 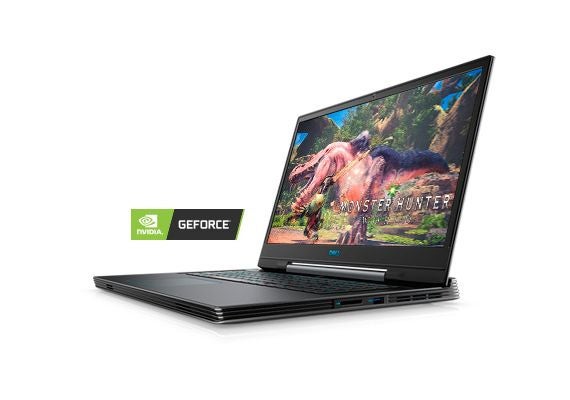 How That Team-Up Moment From Avengers: Endgame Happened

The writers of Avengers: Endgame have revealed the thinking behind the all-female team-up sequence that occurs in the film’s climactic final act.

During the battle against Thanos in the ruins of Avengers HQ, a scene sees all of the MCU’s surviving female heroes - Valkyrie, Mantis, Wasp, Shuri, Okoye, Nebula, Gamora, Pepper, and Scarlet Witch - band together to aid Captain Marvel deliver the Infinity Gauntlet to Ant-Man’s Quantum Realm device.

The sequence can be seen as a celebration of the MCU’s women, but Endgame’s writers initially worried that the scene could be seen a different way.

The Borderlands 3 Gameplay Reveal Event is in just a couple days, and fans around the world will be able to unlock in-game loot for the upcoming title with the Official Borderlands 3 ECHOcast Twitch extension.

The event will take place on May 1 at 10am PT/1pm ET/6pm BST and hundreds of streamers from around the world will be trying out the sequel to 2012's Borderlands 2 and showcasing gameplay for the first time.

As fans of the series watch these streams on Twitch, they will be able to enable the Borderlands 3 ECHOcast Twitch extension by clicking on the small Vault symbol on the bottom of each stream.

Avengers: Endgame is the culmination of 11 years and more than 20 movies. It seems only fitting that the film's middle act revolved around the Avengers travelling back in time and revisiting some of their greatest battles. But as screenwriters Christopher Markus and Stephen McFeely revealed, Endgame's time travel sequences almost went in a very different direction.

In an interview with The New York Times, Markus and McFeely discussed the ways in which their original plans for Endgame's time travel locations changed during the writing process. It turns out that the duo didn't originally plan on revisiting the Battle of New York in 2012's The Avengers. Instead, the first draft featured Iron Man travelling to Asgard with Thor to collect the Aether and the Tesseract.

With Avengers: Endgame bringing the epic Infinity Saga to a conclusion, IGN invited the one and only Jim Starlin to share his thoughts on what happened. Starlin not only created Thanos, Gamora and Drax but he was the writer of the Infinity Gauntlet comic that inspired the overarching story of the Marvel Cinematic Universe thus far, so we were intrigued to hear his reaction to how it all went down after he watched it at the world premiere.

You can watch the full interview by checking out the video above.

“I was amazed … I was just flabbergasted, just the spectacle and the emotional ride. The up and downs that you have on it. There's some really heartbreaking moments mixed in with a lot of really funny little instances here and there,” Starlin enthused.

Avengers: Endgame ties up countless loose threads from the first decade of the MCU, but perhaps no bit of closure is more satisfying than seeing Steve Rogers travel back into the past, reunite with Peggy Carter and finally earn the happy life he had been denied for so long. And according to Endgame screenwriters Christopher Markus and Stephen McFeely, there was never any other option for wrapping up Cap's journey. He was always destined to go back in time and hang up his shield for good.

That's one of many takeaways from The New York Times' new interview with Markus and McFeely. McFeely was adamant. "From the very first outline, we knew he was going to get his dance," the writer said, referencing the tragic ending of 2011's Captain America: The First Avenger.

The May 2019 Xbox Games with Gold free games lineup has been announced.

Here are the timeframes for when you can download these titles:

Last Night’s episode of Game of Thrones “The Long Night” sparked reactions from fans across the world, becoming the most-tweeted about episode of TV ever. Much of the cast joined in on the fun as well, giving personal insights and reactions to the Battle of Winterfell and its many twists and turns.

Spoiler warning: spoilers for the latest episode of Game of Thrones ahead.

The star of the show and Night King slayer herself Maisie Williams (Arya Stark) posted a video on Instagram with the caption "how am feeling after that episode. not today bby

Why Endgame Handled Tony Stark’s Story the Way It Did

Full spoilers ahead for Avengers: Endgame!

Avengers: Endgame screenwriters Christopher Markus and Stephen McFeely are talking about the decisions they made when scripting the final installment of the original MCU Avengers, and that includes why Robert Downey Jr.'s Tony Stark/Iron Man was killed off during the film's climax.

In a must-read interview with The New York Times, the writers talked about why Tony was always slated to die in Endgame.

"The watchword was, end this chapter, and he started the chapter," said McFeely of Iron Man. Of course, that is true as Downey Jr. launched the MCU all the way back in 2008 with the first Iron Man film. At the time it would've been impossible to predict how far this shared universe of heroes and villains would go. But the fact is, Tony was the start of it all.