As its name suggests, Super Smash Bros. Ultimate is meant as the definitive Smash experience. Every returning character and tons of newcomers join the ranks of Nintendo's legendary brawler, and almost all of the series' iconic stages.

Every confirmed stage for Super Smash Bros. Ultimate will also have three variants, according to creator Masahiro Sakurai: the standard version with all obstacles and stage hazards intact, the flat "Omega" or "Final Destination" version, and a "Battlefield" version with three platforms hovering above a flat stage.

Below, you'll find a gallery of every confirmed stage in Super Smash Bros. Ultimate, which span several Nintendo and non-Nintendo properties.

Update: IGN previously published this story on Nov. 30. As the patch is launching today, we're running the story again for players who want to know what's in the new patch.

Bethesda has released the full notes for Fallout 76 Patch 1.0.2.0, which will be coming December 4.

Released through Bethdesda.net, many of the details of this patch were previously revealed, though a lot of new information has been given, including specifics on bug fixes, rebalancing, general improvements and more. Patch 1.0.2.0 clocks in at 3 GB for consoles and 36MB for PC versions of the game. Additionally, Bethesda promised that a new patch would drop on December 11.

Over 38,000 Signatures on Petition for SpongeBob SquarePants Song Performed at Super Bowl

Earlier this week, SpongeBob Squarepants creator Stephen Hillenburg died at the age of 57 after a battle with ALS. The news hit fans of the television show – which has been on the air for nearly 20 years – hard, and they're coming together to petition the NFL to pay tribute to the show during the next Super Bowl.

On Change.org, a petition titled "Have 'Sweet Victory' Performed at the Super Bowl" was started by user Isreal Colunga, and more than 40,000 people have already signed it, with the number continuing to climb.

Epic Games has pushed back Fortnite's account merge feature from November 2018 to "early next year."

Back in September, after Sony announced that the PS4 will now support cross-platform play for Fortnite, Epic followed up with news of an account merging solution for players who had created accounts on different platforms. Scheduled for a November roll-out, the studio has now stated that the feature will be pushed back to 2019 due to technical issues.

Since its launch in July 2016, Pokemon Go has been a strictly PvE affair – but that's about to change.

On the game’s official Twitter account, Niantic confirmed that Trainer Battles are coming to the game soon.

Filmmakers who want to receive funding from the British Film Institute (BFI) will have to abandon an old trope, as the BFI will no longer fund movies featuring villains with scars, reports the Telegraph.

The move comes as the BFI backs Changing Faces' #IAmNotYourVillain charitable campaign. The BFI is reportedly the first organization to support the project and is doing so in an effort to destigmatize facial disfigurements.

"Film is a catalyst for change," said BFI Deputy CEO Ben Roberts, "and that is why we are committing to not having negative representations depicted through scars or facial difference in the films we fund.”

Battlefield 5 Players Feel Like They’re Dying Too Quickly, DICE Working on a Fix

Battlefield 5 launched last week, and players been vocal in their criticisms of TTD, saying that death currently feels too fast and frustrating with comparison to previous games in the series.

DICE core game designer, Florian Le Bihan, has tweeted that changes to both TTK and TTD are on the horizon. DICE has now posted about the issue and how it could be resolved on Reddit.

One Artifact Card Currently Costs More Than the Game Itself

Unlike competing free-to-play card games like Gwent and Hearthstone, Valve's Artifact has a $20 up-front cost. However, that might not be the biggest purchase you make, as one of Artifact's cards costs more than the game itself.

Spotted by PC Gamer, Axe (at time of writing) is currently being sold on the Steam Community Market for a minimum of $21.71, with many players selling their cards at well above that price.

The island of Solís is a very pretty place – it's even prettier on the beefier current-gen consoles.

With that in mind, for our final IGN First drop on the game we've put together a few clips showing off Just Cause 4 on both PS4 Pro and Xbox One X. Click the video above to see what you'll be getting on both.

Joe Skrebels is IGN's UK News Editor, and he's be sasd to be saying goodbye to Just Cause 4 after covering it for a month, but it's out next week. Follow him on Twitter. 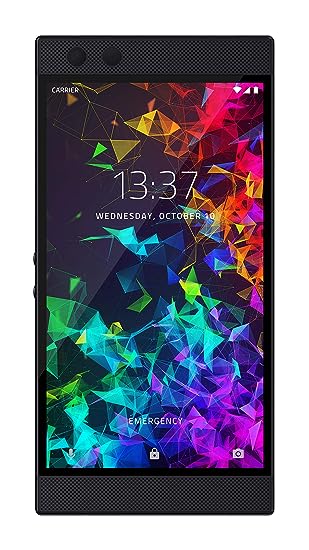