Sonic Forces will be released in North America on November 7, SEGA has announced.

Preorders are now open for the physical Bonus Edition (priced at $40 USD/ $55 CAD), which includes a Sonic Forces controller skin, as well as an assortment of in-game cosmetic items, allowing you to customize your Hero to look like various SEGA and Atlus characters.

Check out the gallery below for a look at the controller skin, as well as the bonus outfits and items, which spotlight several games, including Persona 5, Jet Set Radio, Super Monkey Ball, NiGHTS and Puyo Puyo.

The Best (and Worst) Reviewed Movies of the Summer

With the summer movie season now over, let's take a look back at how its offerings fared in the eyes of IGN's assortment of movie critics.

All the films cited here received wide theatrical releases between May 1st and August 31st; no strictly VOD or direct-to-video releases are included.

The "best reviewed" movies cited in the slideshow below include all theatrical releases that our reviewers scored as 8.0 or above. IGN's ten-point review scale labels anything between 8.0-8.9 as "great" and 9.0-9.9 as "amazing", with a 10 being a "masterpiece".

The "worst reviewed" movies all scored under 5.9 ("mediocre") or below. The IGN review scale labels any film scored between 4.0-4.9 as "bad" and 3.0-3.9 as "awful". Luckily, no movie we reviewed this season scored worse than that!

Gearbox: Borderlands’ Art Style Put a Ceiling on Its Success

The cartoonish art style of Borderlands put a limit on the potential size of the franchise's audience, according to Gearbox Software CEO Randy Pitchford.

On the latest episode of our monthly interview show IGN Unfiltered, Pitchford discussed Gearbox's decision to ditch their original plan to use a realistic art style in favor of a more cartoonish one, which was ultimately a better fit for Borderlands. While he believes it was the right move, the cap the non-realistic aesthetic put on the series' success is "one of the most frustrating things" for him about the franchise.

Pitchford said he knew that when he decided to go with the cartoon art style it would "fix the dissonance" between the visuals and the gameplay, but it would also put a limit on Borderlands's potential audience. "I knew it was putting a ceiling on us because there's—especially back then—there's just a huge percentage of the gaming audience that does not want a cartoon," he explained.

Lego has revealed its full range of Star Wars: The Last Jedi sets, which include a look at brand new vehicles for the Star Wars universe for the first time, as well as including the first minifigs for debut characters.

Warning: Some of the following story could be considered light spoilers for the upcoming Star Wars: The Last Jedi. Turn back now, if you want to go in absolutely fresh.

The Marvel Cinematic Universe is getting bigger all the time, with Ant-Man and the Wasp adding several new heroes and villains to the mix. One of those new additions is Ghost (played by Hannah John-Kamen), a sinister villain who -- in the comics anyway -- lives to make life miserable for the business tycoons of the Marvel U.

If you're not familiar with Ghost, here's everything you need to know about the villain and his/her comic book background.

Where most Marvel villains are busy trying to take over the world or feuding with their superhero nemesis of choice, Ghost is more motivated by a love of anarchy and a desire to punish oppressive corporations. Ghost has dedicated himself (more on the character's gender in a sec!) to attacking the largest corporate empires in the Marvel Universe, using a combination of elite hacking skills and phasing abilities to dismantle them from the inside out. Sometimes he works as a hired mercenary performing acts of corporate espionage. Other times he chooses his own targets. But either way, Ghost is a real thorn in the side of powerful businessmen in general and Tony Stark in particular.

Violent Games “Have No Place” at the Olympics – IOC President

In an interview with the South China Morning Post, current President of the International Olympic Committee Thomas Bach has spoken about the Games' desire to attract a younger audience, but insists that eSports will only be embraced into the Olympic family on the proviso that they don't feature violence.

Although Bach notes the meteoric rise in popularity of eSports - the International Dota 2 Championship, which took place this month, featured an eye-watering $24million prize fund - he makes clear that the kinds of games the IOC are interested in are games which replicate real sports such as soccer or basketball, but that they have to "draw the line" at games which feature violence. The Olympic Charter lists as a key value "promoting a peaceful society", which Bach seems to infer means that the IOC are reluctant to endorse any form of violence, however virtual.

Sphero, the company behind the remote-controlled rolling BB-8 toy released in tandem with Star Wars: The Force Awakens, has made a similar toy for the First Order's droid BB-9E. Check out him, as well as Sphero's new R2-D2 toy, in the video below:

Little else is known about the role BB-9E will play in The Last Jedi, but his movements and form clearly show he is of apiece with BB-8's design.

Take a close look at the droid in the photo below: 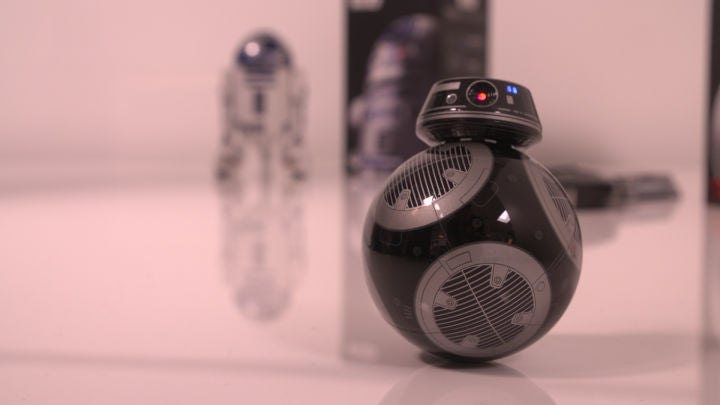 From giant hologram to in the flesh — well, in the plastic, Supreme Leader Snoke has been fully revealed as part of a line of Star Wars: The Last Jedi Force Friday II toys.

Check out the video below to see a new toy of Snoke, which offers our best view yet at what the character actually looks like.

Snoke can be seen along an Elite Praetorian Guard for size comparison of the toys, and despite his massive stature in Star Wars: The Force Awakens, Snoke stands at a far more reasonable height in toy form. However, it's unclear if this will translate to the character's height in the upcoming film.

We unfortunately also don't know much else about Snoke beyond what The Force Awakens already revealed. Still, a few months ahead of release, plenty has been teased about The Last Jedi.

The comic book industry closed out August with more major releases. marvel wrapped up the massive Secret Empire crossover and debuted a new Star Wars mini-series featuring Jedi Master Mace Windu. DC delivered their final Jack Kirby 100 specials and a new slate of annual issues. And between new issues of Go Go Power Rangers, Saga, Black Magick and Animosity, it was a strong week all around. 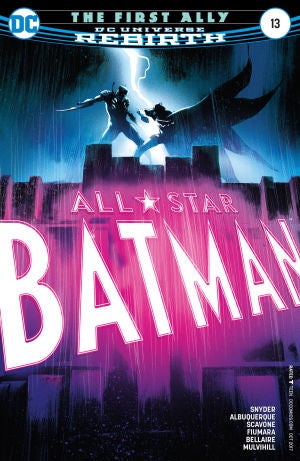 Battlefield 1: In the Name of the Tsar DLC Gets Release Date

EA has announced that its I the Name of the Tsar DLC for Battlefield 1 will be released on September 19.

Those who own the Battlefield 1 Premium Pass will be able to start two weeks earlier, on September 5.

The DLC will be Battlefield 1's biggest drop so far, comprising six maps, new weapons and vehicles, the Russian Army, added cavalry opportunities with the Hussars, and the new Supply Drop mode.

The update will also add HDR support for the game, allowing PC, Xbox One S (and eventually Xbox One X), and PS4 users with compatible TVs to up the visual quality.