During its panel today at Anime Expo, Sentai Filmworks announced English dubs for five of its titles.

In addition to Haikyu and Flip Flappers, Tanaka-kun is Always Listless, Haven't You Heard? I'm Sakamoto, and Squid Girl Season 2 are all getting English dubs.

While Sentai Filmworks did not provide specific release dates for these English dubs, the company did announce that a Haikyu box set will be available for pre-order starting tomorrow, July 2.

These aren't the only dubbed anime on the horizon from Sentai Filmworks, as several other shows are getting English dubs. In fact, the English dub of Food Wars! Shokugeki no Soma premiered last night, and you can check out the voice cast for the first three episodes right here.

Boss Key Productions has partnered with Limited Run Games to release LawBreakers physically on both PS4 and PC.

Limited Run Games shared the news in a post on Twitter, confirming that, in addition to a $40 USD standard physical version for PS4, a $70 Collector's Edition will available for both PS4 and PC. 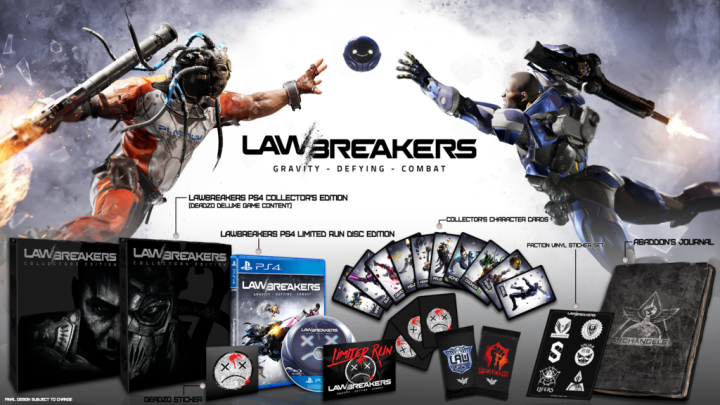 The PC Collector's Edition, which is now available for pre-order, includes a digital copy of the Deadzo Deluxe Edition—featuring the core game plus exclusive weapon and character skins—as well as two ultra premium character card packs and an exclusive vinyl sticker set. Also included is Abaddon's Journal, which contains original fiction and art, and classic packaging that's reminiscent of PC game boxes from a few decades ago. Pre-orders for this version will remain open until July 7.

Little Witch Academia: Chamber of Time Is Coming to the West

Bandai Namco is bringing Little Witch Academia: Chamber of Time to the Americas in early 2018 for PlayStation 4 and PC.

Chamber of Time features an original story with animation from the studio responsible for the original anime, Trigger. In this 3D RPG, Little Witch Academia protagonist Akko and her friends, Sucy and Lotte, investigate mysterious events caused by the Seven Wonders.

In the demo shown at Anime Expo, we played as Akko and fought off monsters with various light and heavy spells. The side scroller also features an upgrade system and slice of life scenes at Luna Nova Magic Academy.

Mahershala Ali is reportedly in talks to star in the third season of True Detective.

According to Tracking Board, Ali, whose performance in Moonlight earned him an Oscar for Best Supporting Actor, is allegedly close to signing a deal to star as the lead in Season 3 of HBO's crime drama series. 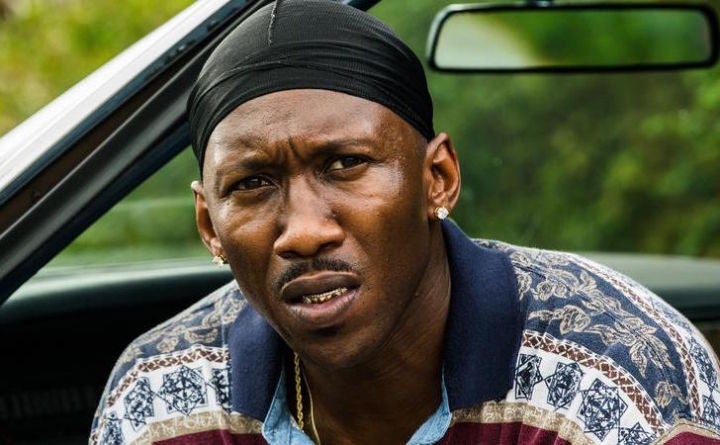 Ali as Juan in Moonlight

What We Know About the Bumblebee Movie So Far

Now that director Michael Bay has delivered what is supposedly his final Transformers film with The Last Knight, the franchise is ready to expand in new directions in the years to come. The first post-Bay Transformers movie will be Bumblebee, a prequel following the solo adventures of Optimus Prime's faithful lieutenant.

With the Bumblebee movie reportedly hitting theaters next summer, here's everything we know so far about this Transformers spinoff, including the director, possible cast and how the film will stand apart from the Transformers movies we've seen before.

We'll see if Bumblebee's production is impacted by the box office performance of Transformers: the Last Knight. The fifth Michael Bay-directed Transformers film debuted to a franchise-low $45.3 million domestically, though it raked in quite a bit more overseas.

Help us get to 5000 likes! Like our pages on Facebook and Twitter to get the latest deals straight to your news feed and also to find exclusive codes that we provide for our readers.

PlayStation VR: Virtual Reality Headset for PS4 for Under £290