Ben and Casey Affleck May Team for Triple Frontier

According to Deadline, nothing has been set in stone yet, but the popular streaming service appears to be the most promising home for the project. In the event the film does go to Netflix, Ben and Casey Affleck will be offered lead roles to star alongside Mahershala Ali. 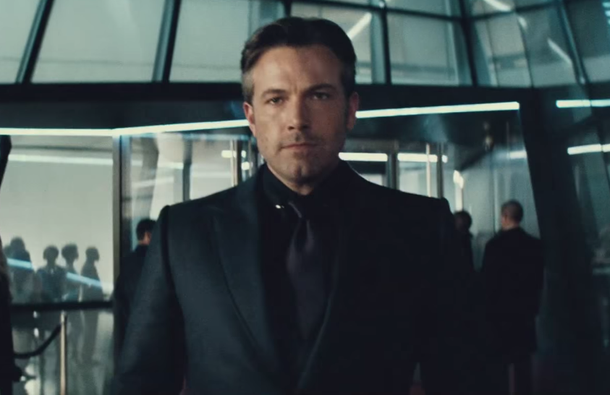 W. Earl Brown, the actor who plays Dan Dority in Deadwood, has confirmed the script for HBO's highly-anticipated TV movie is complete.

Brown shared the news in a string of posts on Twitter, saying "I've read the Deadwood film script. It's stunning." He chronicled his experience reading all 126 pages, saying the hour and a half it took him to read it was both "thrilling" and "heartbreaking."

He went on to note that he does indeed have the completed version, after having read (or had Deadwood creator David Milch read to him) portions of it over the past two years.

Earlier this year, HBO reaffirmed its interest in getting the film made, with HBO president Casey Bloys confirming that Milch was still working on the script, but Bloys had not seen it yet.

Sherlock director Paul McGuigan is reportedly being considered to helm the 25th film in the James Bond franchise.

According to IndieWire, franchise co-owners Eon Productions are pleased enough with McGuigan's upcoming movie, Film Stars Don’t Die in Liverpool that he will now be considered for the prestigious position.

It's not the first time McGuigan's been connected with Bond - we were writing about the Scottish director 13 years ago, in connection with the film that would go onto become Casino Royale.

The new 1.20 patch for The Legend of Zelda: Breath of the Wild allows users to change the language used in the game.

Revealed by Nintendo, the latest patch will allow players to choose between any of the 9 languages that are built into the switch version of game. Wii U players will have to download a 'Voice Pack' from the Nintendo eShop to utilise the new feature.

Before this patch, users were locked into the audio language designated by their consoles, meaning that many of us were stuck with the English voice acting that made it to the top of our list of things we love and hate about the game (and it wasn't on the love side).

Revealed by GamesIndustry.biz, Faliszek wrote of his departure: "

Nothing exciting or drama filled. I worked there 12 years, shipped a bunch of great games and some amazing hardware and wanted to change things up."

Over his 12-year Valve career, Faliszek was involved in writing both of Half-Life 2's Episode DLC packs, both Portal games, and both Left 4 Dead games, and became a public face for the notably secretive company.

Two-man parody band Palette-Swap Ninja have released an entire album of Star Wars parody songs based on The Beatles’ Sgt. Pepper's Lonely Hearts Club Band, one of the most influential and important rock albums in history.

“This year marks two important pop-culture milestones: The 40th anniversary of Star Wars on May 25, and the 50th anniversary of The Beatles’ Sgt. Pepper’s Lonely Hearts Club Band a week later, June 1,” explained singer and guitarist Dan Amrich on the band’s website. “Our new album merges both into one full-length concept album titled Princess Leia’s Stolen Death Star Plans. It’s the entire Beatles album as accurately as we could record it, only now it tells the story of Star Wars: A New Hope — in order.”

Nintendo has unveiled new details about The Legend of Zelda: Breath of the Wild — The Master Trials, the game's first DLC pack coming later this year.

Available only as part of the previously announced season pass for $19.99, The Master Trials includes the Trial of the Sword, the game's new Hard Mode, a Hero's Path Mode, a Travel Medallion, Korok Mask, and eight pieces of new equipments inspired by previous Zelda characters and games.

Nintendo and Uniqlo teamed up for a new T-shirt line, with the duds designed by fans like you.

With over 16,000 entries, Nintendo, Uniqlo and Mario creator Shigeru Miyamoto picked out 25 designs for sweet shirts that you can buy starting May 19. You can see them all below.

Now Nintendo isn't just expanding into more clothing. The Legend of Zelda is getting a Clue board game in the months ahead too.

The Best Baby Groot Merch You Can Buy

Though Guardians of the Galaxy Vol. 2 won't open in U.S. theaters until this weekend, everyone already knows that the adorable Baby Groot is going to steal every scene he's in. Let us help you bring Marvel's cutest living tree child into your home. 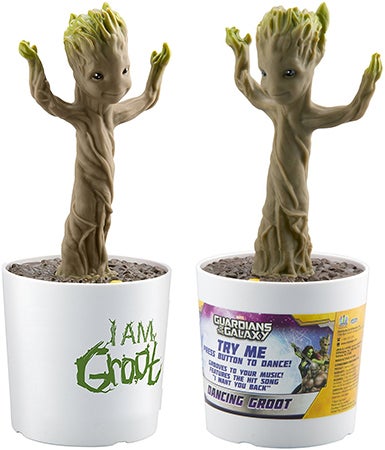 The Flash: Danielle Panabaker on the Rise of Killer Frost

Since The Flash began, fans have wondered if and when we’d see Caitlin Snow (Danielle Panabaker) transform into her villainous comic book alter ego, Killer Frost. Now, after meeting the Earth-2 Killer Frost last season, and seeing Caitlin try and control her growing powers – and simultaneous dark tendencies – all season, that time has come, as Killer Frost has become fully unleashed.

With the most recent episode finding Killer Frost not only on the loose, but teaming with The Flash’s arch enemy, Savitar, I spoke to Danielle Panabaker about the fun of finally getting to play out this storyline, Savitar's secret identity and more.

IGN: This is a dark time for Team Flash, but is this a fun time for you getting to explore such a completely different side to your character right now, especially after you got to sort of do a test run with the Earth-2 version in Season 2?