Originally, Han shot Greedo first in the Star Wars film, but Lucas altered the scene with the Special Edition release of the movie in 1997. As such, Han blasts Greedo after the Rodian bounty hunter takes a shot at him first.

Lucas told the Washington Post that he revised the scene because Han isn't a murderer. He explained: "Han Solo was going to marry Leia, and you look back and say, ‘Should he be a cold-blooded killer?’

Slimmer MacBook Air May Be Announced at WWDC 2016

Apple will reportedly be unveiling a new line of MacBook Air models at its Worldwide Developers Conference next year.

According to Taiwan's Economic Daily News (via MacRumors), Apple's new MacBook Air will release in 13 and 15-inch size options and offer a slimmer design. No mention of an 11-inch version was made, however.

The report also claims the new laptop will be "fully redesigned" inside, equipped with completely new internal components.

Earlier this year, Apple released a super-light MacBook, leading many to believe the company would be phasing out the MacBook Air. If this new report proves true, however, Apple may be looking to position its 12-inch MacBook as its most portable option, with the 13 and 15-inch MacBook Air models serving as a slightly larger alternative.

To get you in the holiday spirit, Hulu's December listings feature a ton of...Friday the 13th movies?

Seriously. Yeah, all the Paramount Friday the 13th movies will be available, as well as Dr. No, Interstellar, Good Morning Vietnam, Young Sherlock Holmes, The Crying Game, and more. Also, remember that Hulu is now available with a commercial-free option.

Note: Titles with an "*" are available with a subscription to the Showtime premium add-on. 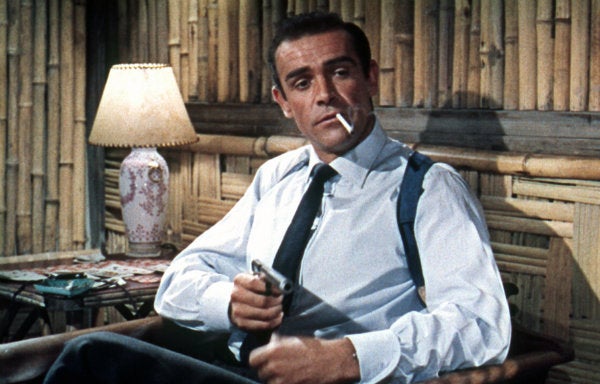 The Hunger Games is a series about a futuristic dystopia in which a dozen impoverished city-states are enslaved by a totalitarian government whose sole purpose is perpetuating their own lavish and superficial lifestyles.

The Capitol maintains control over the twelve districts by holding a yearly televised event called The Hunger Games, in which two tributes (children between the ages of 12 and 18) from each district must battle to the death. This barbaric contest serves as entertainment for the citizens of the Capitol as well as a grisly reminder of the terrifying power the central government has over the twelve districts.

The story is essentially an allegory for the way America relies on cheap labor from countries like China and India, and how we glorify violence in our games, movies, and television while turning a blind eye to the very real warfare and famine that is often a direct result of our own greed.

The show features "eight of America's best young gamers" who will compete alongside various YouTube personalities, including Andre of Black Nerd Comedy, AtomicMari, Strawburry 17 and SethBling, in a one-hour Mario Kart 8 competition.

Earlier this year, Nintendo announced it was pursing licensing deals with other companies, both within the realm of video games and through external partnerships. It appears this new television deal with Disney XD is a result of the company's new efforts.

Unfavorable reports about the performance of the upcoming Just Cause 3 are beginning to surface. According to sources, framerate and load-time issues plague the open-world game.

According to a report on videogamer.com, itself citing a YouTube video from NX Gamer, framerates sometimes drop to as low as 17 fps, and loading sometimes came in at over 15 minutes. NX Gamer attributes this to "memory leakages," when the Xbox One is clearing out RAM.

NX Gamer also reported slow-down, a problem most commonly seen on NES and Super NES-era games, when the on-screen action happened faster than the processor could compute.

Disney and Lucasfilm have released two new TV spots for Star Wars: The Force Awakens, as well as a pair of promotional videos highlighting the film's two leading stars.

Check out TV spot #12 below, which provides an extended look at Rey (Daisy Ridley) and her loyal droid companion BB-8:

Next up, we have the film's thirteenth TV spot, which centers heavily on Adam Driver's Kylo Ren, including a peek at his epic lightsaber showdown against Finn (John Boyega):

Disney Channel conducted interviews with Ridley and Boyega about their roles in the film. Find out what Ridley had to say about her experience playing Rey below:

And here are Boyega's thoughts on starring as Finn:

Peter Jackson Is Directing an Episode of Doctor Who

The Lord of the Rings and The Hobbit director Peter Jackson has announced he will be helming an upcoming episode of Doctor Who.

Jackson revealed his involvement in the hit BBC television series in a video on Facebook. In it, the Doctor (Peter Capaldi) pays an unexpected visit to the director's home while Jackson chats with his daughter and polishes his Oscar trophies. And yes, that is a bookmarked copy of the Silmarillion sitting in front of him -- let the speculation commence!

The clip, which is done in the spirit of the show, also pokes a bit of fun at Jackson and his prior directorial work. See it by clicking the image below.

Coming to HBO NOW - HBO's over-the-top stand alone VOD service - in December are movies like Get Hard, The Divergent Series: Insurgent, Spaceballs, all three pre-reboot RoboCop films, Brokeback Mountain, and more. Plus, a U2's live makeup concert from Paris (rescheduled due to the recent terror attacks) and The Leftovers' Season 2 finale.

Expiring from HBO NOW are movies like X-Men: Days of Future Past, The Rock, The Fault in Our Stars, The Devil Wears Prada, and more.

Kit Harington is best known for his work as Jon Snow on Game of Thrones, but the 28-year-old actor branched out to another well-known TV franchise when he signed on to play Will Holloway in Spooks: The Greater Good, released as MI-5 in the United States.

The movie picks up several years after the series finale of the British spy show Spooks, and stars a handful of actors from it, including Peter Firth, Tim McInnerny and Lara Pulver. Though Spooks: The Greater Good was released in May in the UK (read our review), Harington hopped on the phone to promote the upcoming US release of the project.