Netflix has announced that Stranger Things has been renewed for a fourth season with a brand-new teaser that states "we're not in Hawkins anymore."

While no release date or window was given, Netflix did reveal that it signed Stranger Things series creators and showrunners The Duffer Brothers to a multi-year film and series overall deal.

Executive Producer/Director of Stranger Things Shawn Levy shared the teaser for season 4, which you can see below!

“The Duffer Brothers have captivated viewers around the world with Stranger Things and we’re thrilled to expand our relationship with them to bring their vivid imaginations to other film and series projects our members will love,” said Ted Sarandos, Chief Content Officer, Netflix. “We can’t wait to see what The Duffer Brothers have in store when they step outside the world of The Upside Down.”

I don't think I've ever been as impressed by any technology as much as I was by Microsoft's upcoming Microsoft Flight Simulator (which is coming to Xbox One for the first time, in addition to its usual PC release). It's astonishing in its commitment to realism, and the implementation is clever, extraordinarily technical, and completely blew me away.

I was lucky enough to experience the sim at the Worldwide Flight Simulator Press Event, held at the offices of Rainier Air at the Renton Municipal Airport just outside Seattle. The city of Renton is an aviation city, home of the Boeing manufacturing plant responsible for the 737 airliner. Sitting on the edge of Lake Washington, the woodlands give way to massive hangars and aircraft in various states of completion. The airfield where I got to learn about and play Flight Simulator is the first strip of tarmac the 737's taste before they take to the sky to be delivered to customers around the globe.

All September long, IGN is highlighting the best TV coming your way in the 2019-2020 season. Today we're slicing and dicing with AMC's The Walking Dead, which is headed into its 10th season, premiering Sunday, October 6. After last season left us with harrowingly high body count, the war between our heroes and The Whisperers is just getting started. But how can you fight an enemy who can blend into the hordes of undead roaming the wasteland? For your viewing pleasure, we've got an exclusive sneak peek from the new season, featuring Danai Gurira's Michonne and Ross Marquand's metal-armed Aaron getting into a heated exchange after a startling discovery leads them into a dangerous encounter.

Some spoilers ahead for Frozen 2!

Six years ago Disney Animation Studios gambled on Frozen, a computer-animated retelling of Hans Christian Andersen’s fairy tale The Snow Queen. The female-focused princess story was risky because it countermined many of the tropes that Disney itself had so successfully established, yet it proved a cultural phenomenon and became the highest-grossing animated movie of all time, scoring an Oscar for Best Song to boot.

How The King’s Man Launches an Ambitious New Kingsman Timeline

“I wanted to do something different,” explains Matthew Vaughn on the set of The King’s Man. “When I was a kid, films like Lawrence of Arabia filled the screen and were epic but not boring. And I was thinking that I want to bring back that genre."

It’s April 2019, and Vaughn is in an office at a soundstage on the outskirts of Turin, somewhat frazzled as it’s Day 67 of a 75-day shoot. But the writer-director is also excited to share details of the new direction in which the Kingsman franchise is going. Because where 2014’s Secret Service and 2017’s Golden Circle were contemporary stories – featuring cutting edge action and futuristic technology – this new installment journeys back more than a century, to detail the origins of the world’s first independent spy organization.

Bungie Will Release At Least One Non-Destiny Game by 2025

The next expansions for Destiny 2, “Shadowkeep” is out this week and IGN was able to speak with Bungie CEO Pete Parsons about the studio, and specifically on its plan to become one of the “best entertainment companies” in the world by the year 2025.

Destiny 2 Shadowkeep marks a turning point for the Destiny franchise. It is the first major expansion Bungie has released following its split with ex-partner Activision. “You think this is going to be a really big stressor, but it’s become a really bright shining spot on our ability to bring products to the marketplace and customers,” Parsons tells IGN in an interview.

Preorder Gears 5: Bundle Pack (Xbox One) for under £33 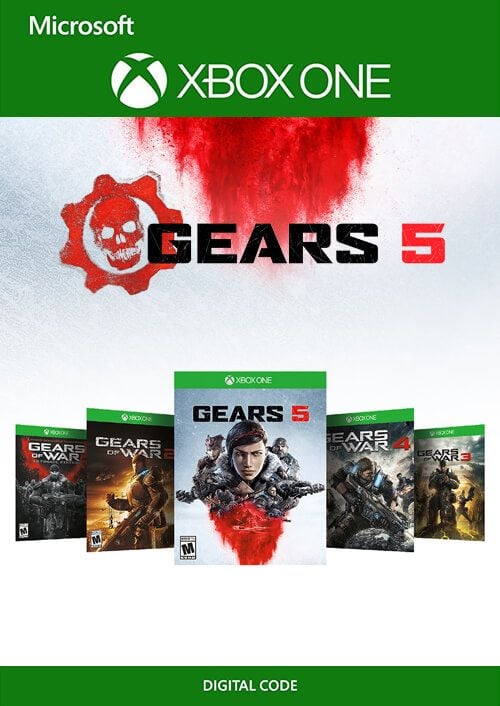 After debuting during Sony's State of Play event, it has been confirmed that The Last of Us Part II will launch on February 21, 2020. Sony has cited that this is "Naughty Dog’s most ambitious and longest game" ever developed.

The Last of Us Part II is coming exclusively to PlayStation 4 next year and is one of the most highly-anticipated games of this console generation. The sequel is jumping forward to when Ellie is 19-years-old, simply getting by in a post-apocalyptic landscape. After tragedy unfolds, she sets off on a mission for revenge with her old partner Joel.

Batwoman star Ruby Rose took to Instagram ahead of her show's October 6 premiere to share with fans a video of herself undergoing emergency back surgery.

The reason for the urgent procedure? Two herniated discs caused by intense stunt work on set, she explained. An injury that was risking severing her spinal cord and paralyzing her. You can check out Rose's original video post here (warning: not for squeamish viewers).

Rose decided to break her silence after fans noticed her surgery scar and started inquiring about it. After chronic pain and numbness led her to seek solutions, doctors discovered the herniated discs. Here's what Rose wrote in full:

UK Daily Deals: Get FIFA 20 Free with Selected Xbox Bundles at Microsoft, £10 off FIFA 20 for PS4, Xbox One, Nintendo Switch and PC