11 Upcoming Horror Movies You Need to Know About

With all of the massive news that came out of San Diego Comic-Con it might have been easy to miss that one of the most exciting and largest genre festivals in the world is currently taking place in Montreal. Fantasia Fest runs from July 16th to August 1st and showcases some of the most exciting, extreme, and engaging films from all over the world.

This year is no different, and we've put together a list of the 11 upcoming horror movies you have to watch that were unleashed on the world by the twisted and brilliant minds behind Fantasia Fest this year.

Some of these films have release dates set (noted below) but many are still seeking distribution. So consider this feature a preview of upcoming horror movies you need to add to your must-see list in the months ahead!

Since Nintendo revealed the Switch Lite a few weeks back, there's been a lot of discussion surrounding the updated, but simplified, version of the Nintendo Switch.

Whether or not to get one if you already own a Switch (check out the results of our poll), the reason why there isn't there a Switch Pro, and most recently the issue of  "JoyCon drift" have all been hot-button issues. Of course, the biggest question is, if you are going to pick up a Switch Lite, which one are you going to get?

There's rarely been a better time than now to start reading X-Men comics. Superstar writer Jonathan Hickman has returned to Marvel Comics to kick off an epic relaunch of the entire X-Men line, one dubbed "Dawn of X." There's a brand new status quo for the mutant race and a whole new lineup of monthly comics on the way.

If you can't make heads or tails of House of X and Powers of X and how they're supposed to tie into Dawn of X, fear not. Here's everything you need to know about the state of the X-Men coming into the relaunch, how Hickman's initial two books play together, and what to expect when Dawn of X officially begins in October.

The Current State of the X-Men

Square Enix is planning to release the first gameplay demo for Marvel’s Avengers after Gamescom in Germany. But Tony Stark voice actor Nolan North says fans should expect to be as "blown away" as he was when it’s finally out.

… It’s so seamless,” North said during a Q&A at Manchester Comic Con. North even went on to say that, visually, it’s one of the best things he’s seen in games. And that’s saying a lot considering some of the games North has worked on.

Who is Monica Rambeau? The WandaVision Character Explained

Announcement after announcement rocked Hall H at the Marvel Studios panel at San Diego Comic-Con, but one was almost lost in all the excitement. Teyonah Parris is joining the cast of WandaVision, the upcoming Disney+ series, as Monica Rambeau. This isn’t the character’s first appearance in the Marvel Cinematic Universe—we saw a young version of her in Captain Marvel—and she has a long, storied past in the comic books.

If you don’t know Monica Rambeau and some of the many names she’s had over the years—including Captain Marvel!—then let us shine some light on this hero you should know.

Xbox has released their free August 2019 Games With Gold lineup for all Xbox Live Gold members or those with an Xbox Game Pass Ultimate Subscription.

The two main games for Xbox One members include Gears of War 4 beginning on August 1 until August 31, and Forza Motorsport 6, which will be available from August 16 through September 15.

Xbox 360 owners will get Torchlight from August 1 through August 15, and Castlevania: Lords of Shadow from August 16 to the 31. These games are also able to be played on Xbox One through backwards compatibility, and the full lineup is valued at over $94 in games and 6200 in gamerscore.

In IGN's review of Gears of War 4, we gave it a score of 9.2 and said the game, "plays it fairly safe but brilliantly executes on a variety-packed campaign and meaty multiplayer suite."

Chiang, who currently serves as the vice president and executive creative director of Lucasfilm, shared the "wild concept" of the semi-destroyed Death Star 2 rising out from the sands of the Jakku desert via his Instagram account on Monday.

"Deathstar ascending! In the early days of EP7, we explored some wild concepts (before we had a script). This was for a dream sequence of the Deathstar 2 rising out of the desert of Jakku," he wrote in the caption of the highly detailed illustration.

Zombieland: Double Tap – Road Trip is a top-down, twin-stick shooter that takes place after the events of the first movie. You and your friends can play as one of the four original heroes from the movie – Tallahassee, Columbus, Wichita, and Little Rock – as well as unlockable characters from the sequel. 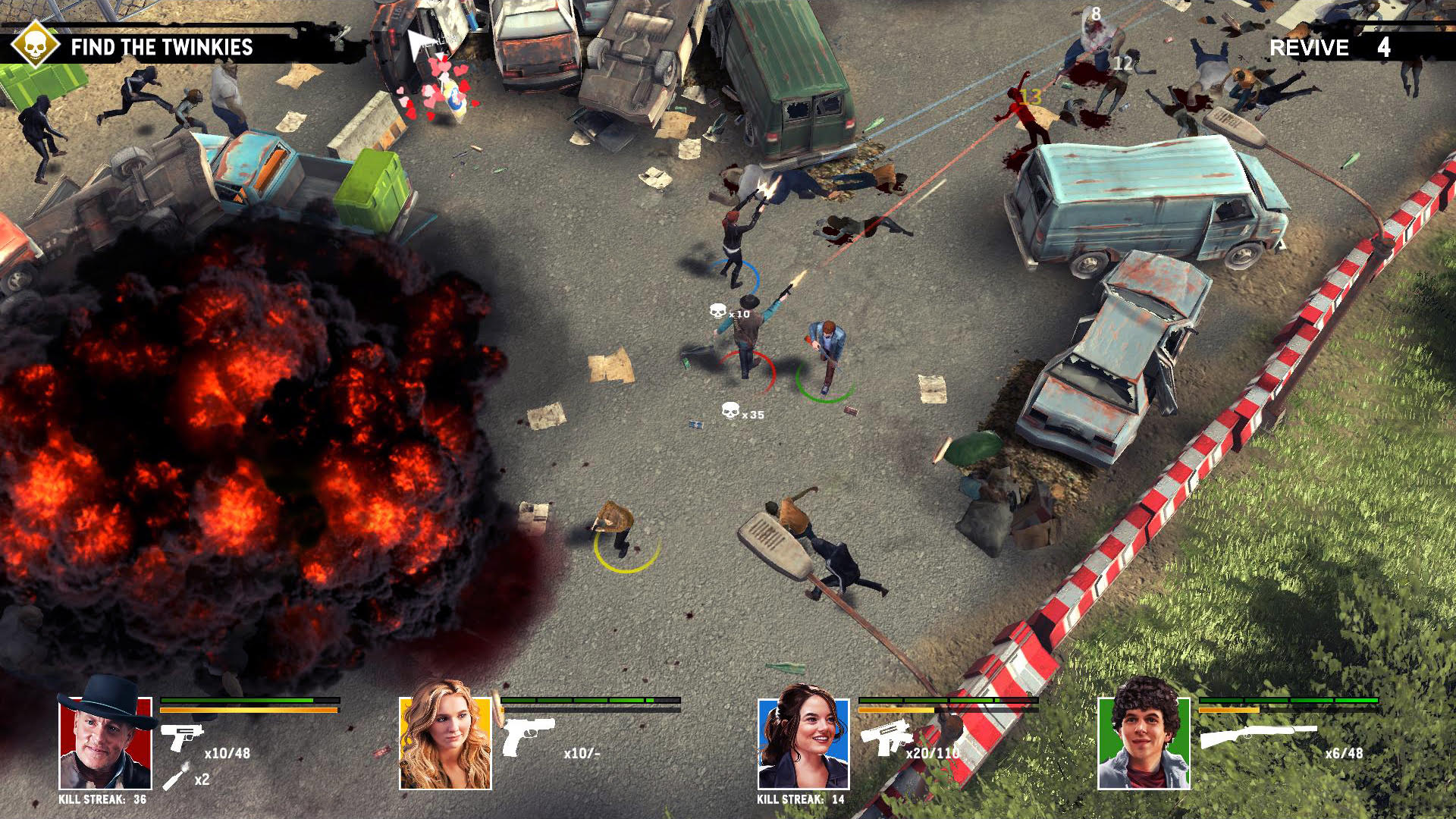 The Outer Worlds Will Be Released On the Nintendo Switch

A new announcement made today by Nintendo on Twitter revealed the news. The Outer Worlds’ Senior Producer, Matthew Singh, explained that the game is being ported to Switch by Virtuos, and will come to the console “following” the game’s main launch on other systems.

The Outer Worlds will first launch on PS4, Xbox One, and PC on October 25. It’s a first-person RPG in the mould of the Bethesda-era Fallout games, and thus has to potential to be another ‘big’ console game finding its way onto Nintendo’s portable machine.

Jay and Silent Bob Reboot: Matt Damon to Reprise His Role as Loki

Kevin Smith has confirmed that Matt Damon will be returning to one of his fan-favourite roles for the upcoming Jay and Silent Bob Reboot.

The filmmaker announced that Damon would be reprising the role of Loki from 1999's Dogma on Instagram, where he also credited his wife Jennifer Schwalbach for "making the movie better", since it was her idea to bring this character back for the latest instalment in the View Askewniverse.

"When Matt confirmed, I started thinking about how to best use good Will Hunting and which role he could play. Then Jen Schwalbach suggested: 'Why don't you use him as Loki?'