Titan, the MMO positioned to succeed World of Warcraft, was allegedly canceled because Blizzard Entertainment wasn't able to control its scope and ambition.

Reported by VG247, Mike Morhaime, co-founder and former president of Blizzard Entertainment, revealed this during a speech at Gamelab in Barcelona, Spain.

“We’ve tried really hard not to announce any games that weren’t ready to be announced, or we weren’t sure that we were going to release them,” said Morhaime. “Titan is an exception to that where we wanted it to be our next generation, our sequel to sort of World of Warcraft. We took a lot of our senior developers and put them on this project. And I think where we really failed was we failed to control scope. It was very ambitious.”

Casey DeFreitas and Mike Mamon, two of our Final Fantasy XIV fans, discussed why the fourteenth installment, an MMORPG, deserves a TV series. Read their conversation and speculation below, and read more details about the Final Fantasy XIV TV series here.

The disk space needed for Cyberpunk 2077 has been revealed by Game Pressure, which they confirmed after preordering the game from the PlayStation store.

The PlayStation 4 version will reportedly need at least 80GB of space – which is more than twice the size of The Witcher 3's install, and 13 GB larger than Days Gone.

Google: ‘Data Caps Is Not a Universal Challenge’ For Stadia

Talking to IGN and other journalists at a roundtable event at Google’s UK offices, Harrison said “Data caps is not a universal challenge. The ISPs have a strong history of staying ahead of consumer trends.”

Call of Duty Endowment Aims to Change Perspectives on Veterans

Call of Duty Endowment, the charity initiative that aims to help support real military veterans, has set itself a new goal to help 100,000 ex-armed forces personnel find new jobs for civilian life by 2024.

The Endowment scheme was originally set up in 2009 with the aim of finding new jobs for 25,000 ex-servicemen and women by 2018. Ten years on, that original goal has been surpassed - more than 57,000 veterans have been helped - and the aim is now to secure positions for 100,000 people.

The Call of Duty Endowment is committed to helping former UK and U.S. military personnel secure the meaningful careers they deserve. Learn more about our mission and how you can help at https://t.co/cyB7RTShhD #ArmedForcesDay pic.twitter.com/pOy3BZRNvT

Final Fantasy XIV Online is getting a TV show adaptation from Square Enix with Sony Pictures Television and Hivemind - marking the first time Final Fantasy will be realized in live-action. The series will be filled with Final Fantasy staples like chocobos, airships, beastmen, and of course, Cid, who has appeared in most Final Fantasy games.

The Final Fantasy XIV series will tell an original story but is directly inspired by the MMORPG's characters and world of Eorzea, which includes elements from many Final Fantasy games before it, such as magitek (originally from Final Fantasy VI).

“Final Fantasy XIV and Eorzea are the perfect gateway into Final Fantasy for longtime fans and newcomers alike,” said Sony Pictures Television Co-President Chris Parnell. “This show is about embracing and embodying all of the elements that have made the mythos such an endlessly captivating phenomenon, and it’s an immense honor to be bringing all of Eorzea’s iconic characters, settings, and concepts – including fan-favorites like Cid and, of course, the chocobos – to life for a television audience."

Zelda Producer Reveals How to Get a Job on His Team

We are in the middle of a generational shift at Nintendo, with new developers taking the reins on The Legend of Zelda: Breath of the Wild sequel and the Link’s Awakening remake. But who gets chosen to make what often become some of the most critically acclaimed games in the world? The Legend of Zelda series creator Shigeru Miyamoto has been discussing that in recent years. In an interview with the New York Times from December 2017, Mr. Miyamoto said:

"More and more I am trying to let the younger generation fully take the reins… I always look for designers who aren’t super-passionate game fans. I make it a point to ensure they’re not just a gamer, but that they have a lot of different interests and skill sets."

The Pokemon Trading Card Game is debuting the first ever three-in-one Pokemon card in stunning fashion.

This card with the three Kanto Legendary birds can be found in the new Hidden Fates expansion set releasing on August 23.

In 2018, Tag Team Pokemon GX cards were introduced to the game that featured two Pokemon partnering up on one card. Though Tag Team Pokemon GX come at a steep price of three Prize cards, their speed and strength shook up the metagame with extremely powerful combinations that ended up taking top honors at several major tournaments (like in May when Reshiram & Charizard GX secured both first and second at the 480-player Santa Clara Pokemon Regional). Now things look like they’re going to be shaken up again with three famously powerful Pokemon joining together on one card for the first time.

The Falcon and The Winter Soldier Reportedly Begins Filming in October

It looks like the Marvel live-action series The Falcon and The Winter Soldier is going to start filming in October.

Men's Health interviewed the new Captain America Anthony Mackie about his transition into the new role and his upcoming projects. Reportedly, the actor will be in Atlanta in October to start work on The Falcon and The Winter Soldier, which was announced last year. 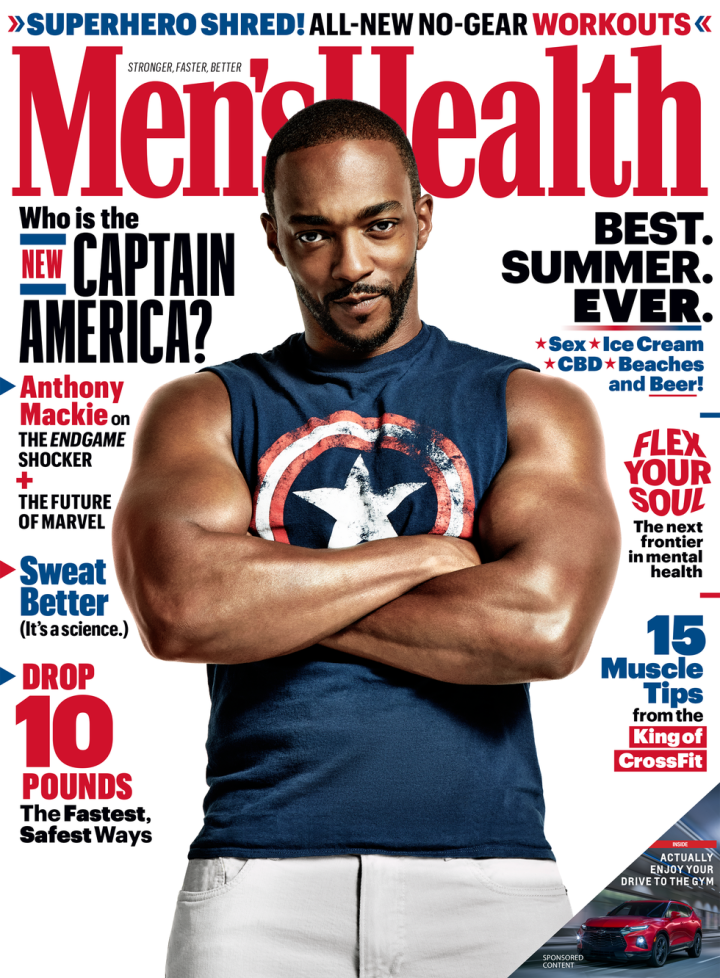