The Walking Dead Season 9’s midseason return will appear on the AMC Premiere premium service on Super Bowl Sunday, a full week before it appears on AMC.

The episode will be available to AMC Premiere customers on Sunday, February 3, remaining on the on-demand service all week leading up to the traditional premiere on AMC at 9pm on February 10.

AMC Premiere is a $5 per month upgrade option for viewers who already receive AMC as part of their television service, and offers commercial-free viewing of in-season original AMC series in addition to exclusive and first-look content, extended episodes, curated movies, and more.

These days, it's almost impossible to navigate through life without hearing about superheroes. They're everywhere: in our TV shows, in our long-standing movie franchises, in our games, and even in our cereal boxes. People and the media love them, and it's easy to see this globally, whether it's Marvel spin-offs or in the case of anime lately, stories by ONE, the writer behind One-Punch Man. This anime season in particular returns with a ONE show, but it's not One-Punch Man (you'll have to wait till April for that!); rather, it's the equally mesmerizing Mob Psycho 100.

It's clear ONE is obsessed with our vision of a heroic icon: you could even argue that his works are an attempt to demystify the traditional superhero by clashing them with harrowing and realistic issues. In One-Punch Man, the main protagonist, Saitama, is so powerful he can defeat any of his opponents in one attack. It's originally used for comedic purposes, but ONE also quickly dives into how hard work, satisfaction, and the idea of "aiming for the top!" are all ambiguous and useless ideas when society refuses to acknowledge them from a personal standpoint. The result is a man who grows increasingly dissatisfied with the selfish hierarchy of power as he tries to navigate around them and find his place in life. It would almost be depressing if it wasn't also charming and funny at the same time: ONE makes sure to balance parody with brutal satire.

Another Rumor Suggests a Smaller, Portable-Focused Nintendo Switch Coming in 2019

A new report suggests that a smaller version of Nintendo Switch will be released in 2019 which will cost less, but remove features to focus on portability as a result.

The report comes from Nikkei (via Gematsu) and says this move comes after Nintendo lowered its sales targets for the year from 20 million Switch units to 17 million, and is looking to launch this portable version early in order to expand its user base. Nikkei claims that Nintendo has told multiple suppliers and developers about the plans to release this smaller Switch. The rumor states this version of Switch will be made with playing outdoors in mind.

To celebrate these new takes on the classic weapon, we've highlighted KH3's transformations in the gallery and article below, so read on to check all of them out.

Marshmello, an American DJ and electronic music producer, will almost definitely be playing a concert in Fortnite this weekend.

Though Epic has not made any official announcements, the evidence that this concert will be happening is solid. First, on Marshmello’s website, he's listed that his next official concert will be happening at Pleasant Park on February 2. Meanwhile, a stage is currently being set up within the Pleasant Park suburban area of the Fortnite map, right on top of a football field.

Then, most tellingly, there are multiple posters advertising this concert in Pleasant Park on February 2 at 11am PT/2pm ET as part of a showtime challenge - check out our wiki guide to see exactly where these posters are. As reported by Forbes, there was also a major series of leaks that include a Marshmello skin, other Marshmello event challenges, animations for the event and more.

Masahiro Sakurai, game director of Super Smash Bros. Ultimate, has revealed some interesting data from the game's online mode, including victory rates and which characters are used the most.

Via a translation by Nintendo Everything, Sakurai published a column in Famitsu talking about how Nintendo gave him permission to talk about the previously mentioned data that was collected over one week - from December 30, 2018 - January 5, 2019.

The first data discussed was 1-on-1 victory rates, where he confirmed that "no fighter is lower than 40% and no fighter exceeds 60%," in terms of winning percentage.

Save Big on a Background Replacing Logitech Webcam

Logitech has long been a recognized  and respected name in the computer hardware game, and right now there's a big sale on Logitech PC hardware going on at Amazon.

Out of everything on sale, my personal recommendation is the Logitech C922x webcam. It's 50% off right now and if you're looking to kickstart your streaming channel, or just want a really nice USB 1080p camera and don't want to spend a lot, absolutely grab one.

The Best Nintendo Switch Game Deals of the Week

Nintendo Switch owners looking for something new to play can find some good deals this week on games like Mario Tennis Aces, Monster Hunter Generations Ultimate, and a lot more. We’ve sifted through the sales at Amazon, Walmart, and Best Buy, and collected the best deals below. Read on to see what games you can save money on this week.

For starters, you can save a tiny amount of money on two of the biggest, newest Switch games on the market. The titles in question are New Super Mario Bros. U Deluxe and Super Smash Bros. Ultimate, which are available for $56.99 each from Amazon. That only saves you $3 apiece, but don't expect to find a better deal anytime soon. First-party Nintendo games are notorious for staying at their full list price for months or even years after launch. Does that mean we should thank our lucky stars for saving 5%? No, but if you're going to buy the games anyway, you might as well get them for $3 off and buy yourself a nice cup of coffee with the savings.

The Marvel Universe became a little bit darker this week, as Steve Rogers hung up his shield for good. 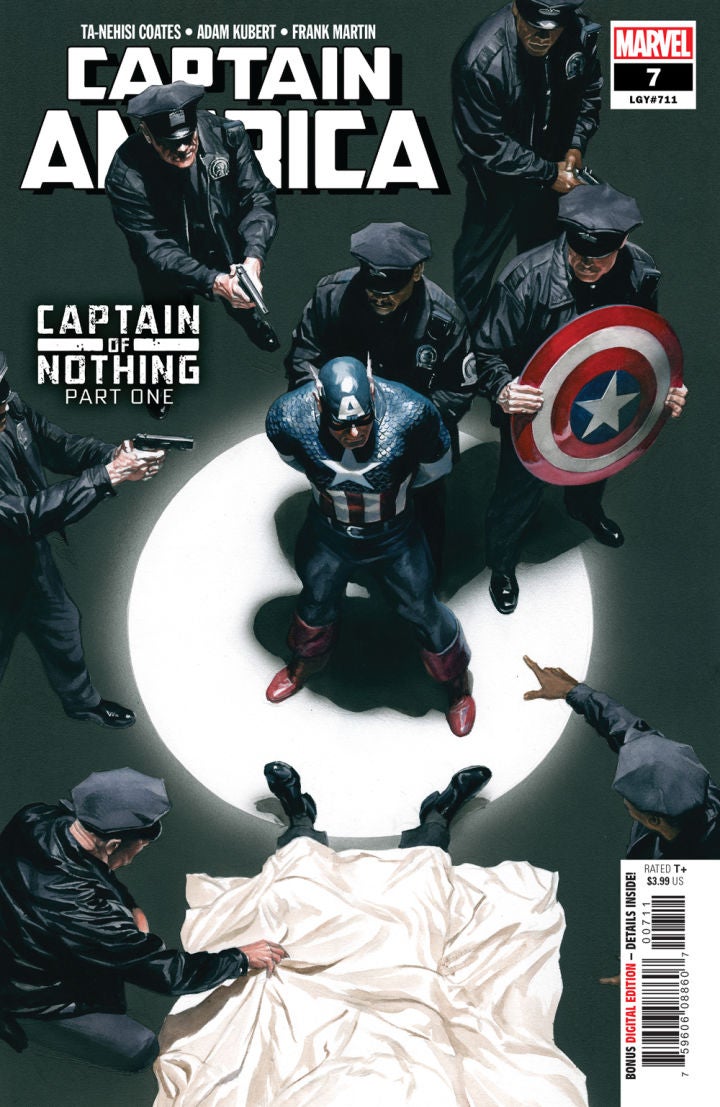 It's been a rough few years for Steve Rogers, between temporarily losing his powers and then having an impostor become the Supreme Leader of Hydra. The public's faith in Captain America has become shaken, and that's something his enemies are only too willing to take advantage of.

Persona Q2: New Cinema Labyrinth is headed to the United States and Europe on June 4, 2019.

The crossover game, which includes the full casts of Persona 3, Persona 4, and Persona 5 along with the female protagonist of Persona 3 Portable, will be released exclusively on Nintendo 3DS for $39.99.

Persona Q2 focuses on Persona 5’s Phantom Thieves, who have been trapped inside of movie-themed dungeons and have to find their way out. According to Atlus, each dungeon will be themed around its own movie genre, featuring parodies of classic films and genre tropes.

In addition to encountering the casts of Persona 3 and Persona 4 along the way, the Phantom Thieves will also meet brand new characters including a “mysterious girl” named Hikari. Persona Q2 will also include a new Unison battle system that adds bonuses for certain team-ups after completing side quests. Persona Q2 will feature a Japanese voice track with English subtitles and UI heavily inspired by Persona 5.