Interested moviegoers can find their nearest theater and RSVP at this Universal Pictures ticketing link. RSVPs and seating will be on a first-come, first-served basis. 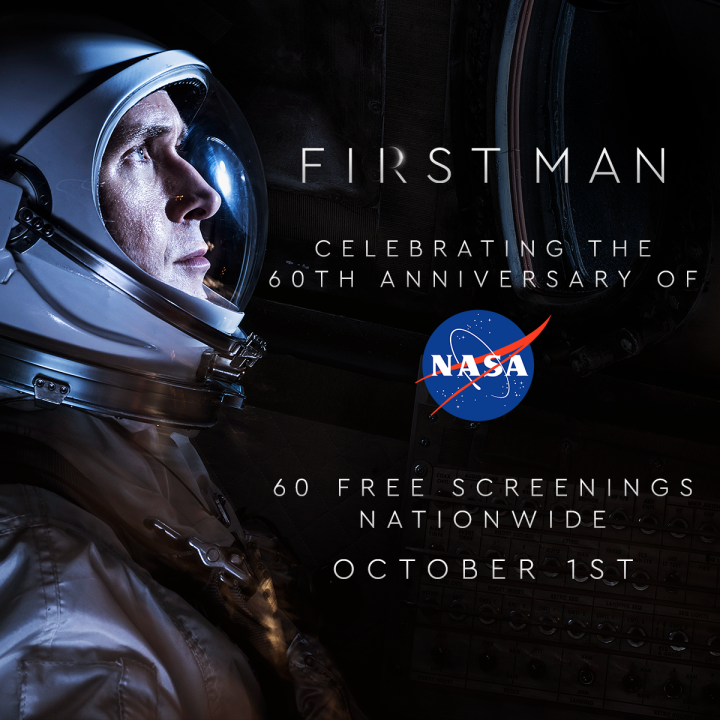 Kathleen Kennedy, president of Lucasfilm, has had her deal with the Star Wars production company extended for three more years. The deal will now last through 2021.

Despite Solo underperforming at the box office, the four films combined have earned nearly $4.5 billion worldwide, and this extension is seen as a vote of confidence in Kennedy’s leadership of the franchise. With her position as president, many have voiced their criticisms of the more recent Star Wars films towards her, though Disney CEO Bob Iger places the blame of the release timing of Solo on himself.

PlayStation Confirms There Will Be No PSX 2018

PlayStation's Worldwide Studios Chairman Shawn Layden has confirmed Sony will not be holding a PlayStation Experience event in 2018.

Layden made the announcement on the PlayStation Blogcast, saying "For 2018, I know this is going to be a disappointment to some people, but we decided to not hold PlayStation Experience this year."

"We won't have it in the States this year," he continued. "The reasons behind that really are we don't have...we have a lot of progress that we're making on our games...Now that we have Spider-Man out the door, we're looking down into 2019 games like Dreams and Days Gone.

Well what do you know: Nintendo had thought of Bowsette before the internet did, and the character was nearly in Super Mario Odyssey.

Though Bowsette is a character that took the internet by storm, it isn’t a real Nintendo creation, rather fan art that was spawned from the odd introduction of Peachette during this month’s jam packed Nintendo Direct. Or, at least we thought this idea of a  Bowser and Princess Peach combination was entirely made up by fans, until today’s release of The Art of Super Mario Odyssey in Japan.

Facebook reset the access tokens on the 50 million affected accounts, as well as an additional 40 million user accounts as a "precautionary step." Affected users would need to log back into the app, desktop version, and linked apps as a result.

Is the DC Universe Becoming Too Dark?

If there's been any takeaway from the from the last several weeks' worth of DC Comics releases, it's that it's not the greatest time to be a hero in the DC Universe. Nightwing was just grievously wounded in Batman #55. Doomsday Clock #7 revealed that Doctor Manhattan caused the premature death of a famed Golden Age superhero. And most disturbingly of all, no fewer than six heroes were killed in an act of superhuman mass-murder in Heroes in Crisis #1. At some point you have to question whether the DCU is becoming too dark for its own good.

October Faction is based off the IDW comic book series by Steve Niles and Damien Worm. It follows monster hunters who return to their hometown in upstate New York, hiding their identities as members of a secret organization.

The season has a 10 episode order, with executive producer and showrunner Damian Kindler (known for his work on Krypton) at the helm and directors Megan Follows, Mina Shum, David Frazee and more set to take lead on individual episodes.

The I-Land is a sci-fi action adventure series starring Natalie Martines, Kate Bosworth and Alex Pettyfer. In the show, 10 people wake up on a dangerous island without memories - faced with extreme psychological and physical challenges that the island presents, they must overcome or die trying.

A First Look at Taron Egerton as Elton John in Rocketman

Paramount Pictures released a first look into the Elton John biopic on Thursday.

Kingsman star, Taron Egerton who is portraying John in the film Rocketman, can be seen in a gold jacket with gold winged shoes, and the singer's iconic-style sunglasses, relaxing back on a striped mod couch in a plane. Rocketman is set to chronicle John's life at the Royal Academy of Music and his rise to the music scene in the '70s and '80s, as well as the artist's struggles with drug and alcohol addiction. Egerton will be performing the songs throughout the film himself.

Throughout September, IGN is spotlighting the best TV coming your way in the 2018-2019 season. Today, we've got an exclusive look at YouTube's upcoming sci-fi horror series, Origin, starring Harry Potter alums Tom Felton and Natalia Tena. According to YouTube, "In Origin...we meet a group of troubled passengers as they wake up on a damaged spaceship abandoned in deep space. Each having left behind a dark past in search of a fresh start on a newly colonized planet, they’re desperate to survive at all costs. But as their terrifying situation spirals into paranoia, they come to realize that the greatest threat to their dream of starting over – and indeed their lives – might actually be within their midst…" Origin premieres on November 14.

Bruce Dern is set to replace the late Burt Reynolds in Quentin Tarantino’s upcoming film based on the Manson Family murders, Once Upon a Time in Hollywood.

As reported by Deadline, Dern will play the role of George Spahn, a rancher who owned Spahn Ranch in California and rented the venue out for filmmakers to shoot western movies. Spahn is now mostly known for allowing the Manson Family cult to reside at Spahn Ranch, and the murders of actress Sharon Tate and many others were allegedly planned at this location.

Dern became friends with Reynolds after co-starring in two films with him: the western TV movie Hard Ground, and the action TV movie Hard Time. Dern has also worked with Tarantino on his latest two films, playing General Sandy Smithers in The Hateful Eight, and Old Man Carrucan in Django Unchained.