Valve Is ‘Very Aware of All the Jokes’ People Make

It’s hard to go long on the internet without running into a ‘Half-Life 3 confirmed’ joke, the eternal meme as we collectively wait for the third installment of Valve’s legendary FPS series to materialize. And speaking to the development team of Valve’s next game, Artifact, at their office in Seattle last week, Valve clearly hasn’t missed those jokes either.

“I think we're very aware of all the jokes because all of us lurk all the forums and share them around with each other,” says Jeep Barnett, a programmer on Artifact and a member of the original team that made Narbacular Drop, who were all hired to create Portal as a result.

Why Torchlight Frontiers Is My Most Anticipated ARPG Since Diablo 2

Immediately upon playing Torchlight Frontiers, I was presented with a choice between the two currently playable classes: the Dusk Mage and Forged. The former is a powerful magic user charged with wielding both the immense powers of dark and light in perpetual harmony. The latter is a robot. I chose the robot.

I felt an immediate sense of adoration for my sputtering little steampunk monstrosity, who looked inescapably like Maurice's cast iron furnace contraption from Beauty and the Beast. As Echtra Games CEO Max Schaefer explained, my little automaton wouldn't simply equip gear but would instead integrate it into his body. If I equipped a rare pair of leggings, for example, they might change my four spider-like robot-legs into two sturdy tank treads.

One of the survivors of the Jacksonville shooting has officially filed a lawsuit against EA, the venue the tournament took place, and six other potentially liable parties.

The survivor, Jacob Mitich, competed in the tournament and sustained injuries after being shot twice. The lawsuit in question (via The Hollywood Reporter) claims the various parties are liable due to negligence in not providing sufficient security measures, and for hosting the tournament at an unsuitable venue in the first place.

The lawsuit points at The Landing marketplace, which houses the GLHF Game Bar where the shooting took place. It states: “Once a thriving and popular shopping, dining and tourist destination, The Landing has become a hub of dangerous, violent and too often, deadly activity.” It further points to recent violence in the area, including a hit-and-run, a lethal stabbing and a double shooting, ultimately questioning EA’s decision in holding the event in this location.

Netflix’s Sabrina Series Will Pay Homage to The Exorcist

Per EW, showrunner Roberto Aguirre-Sacasa revealed each episode will serve as its own mini-movie, with one being heavily inspired by The Exorcist.

“Sabrina is the heroine in this series of mini-movies," Aguirre-Sacasa said. “I love The Exorcist. It’s one of my favorite movies. We’re doing an homage to that; we’re doing an episode that’s like

Aguirre-Sacasa did not provide further details about this particular episode, but it seems fans can expect plenty of horror elements from this new Sabrina series, as it'll be a darker take on the property.

Rick and Morty's soundtrack is pretty much the most awesome thing in any universe already, so it stands to reason that the packaging for the long-awaited vinyl release is every bit as epic as our heroes deserve.

IGN can exclusively reveal the covers for the deluxe vinyl and standard LP release of the Rick and Morty soundtrack. The standard LP, CD and digital version of the soundtrack will debut on September 28, with the special deluxe edition dropping on November 23.

While the standard LP is pretty rad (it's described as a "Loser Edition 2xLP pressed on Blue & Green-colored vinyl featuring two single-pocket LP jackets housed together in a custom die-cut slipcase"), the deluxe version "includes the album on double-LP pressed on an exclusive 'Portal' colored vinyl along with a custom poster, a patch, a sticker, and a bonus 7” single (featuring an extended mix of the screaming sun from the 2nd season finale, pressed on clear vinyl). All of this comes housed in an attractive, borderline extravagant box featuring a plexiglass window cover which reveals a glowing design when lit by its integrated LED lights."

Doom Patrol Casts Rogue One and Firefly’s Alan Tudyk as Mr. Nobody

DC Universe's Doom Patrol has cast Alan Tudyk, from Rogue One: A Star Wars Story and Firefly, to portray Mr. Nobody, the villain of the upcoming series.

Gold Mega Man Figure Has a Bomb of a Price Tag

Capcom has officially unveiled a collectible solid gold Mega Man figure, and it only costs $21,624 USD.

As reported by Kotaku (via 4gamer), the figure is 3.9 inches tall, and weighs in at 3.2 ounces. There is also a smaller version of the figure that clocks in at 2.4 inches and weighs a little over an ounce. If you can believe it, the smaller figure costs a mere $6,217 USD - a must-have for fans on a tight budget.

Details about High Stakes are light for the time being, but Epic noted the event will include the new Wild Card outfit (pictured below), a new limited-time mode called Getaway, and its own challenges. Eager Fortnite fans won't have to wait long for more info, however. Epic will offer the first look at gameplay and more tonight at 6 p.m. PDT during a PAX West stream that will be broadcast on Fortnite's Twitch channel. 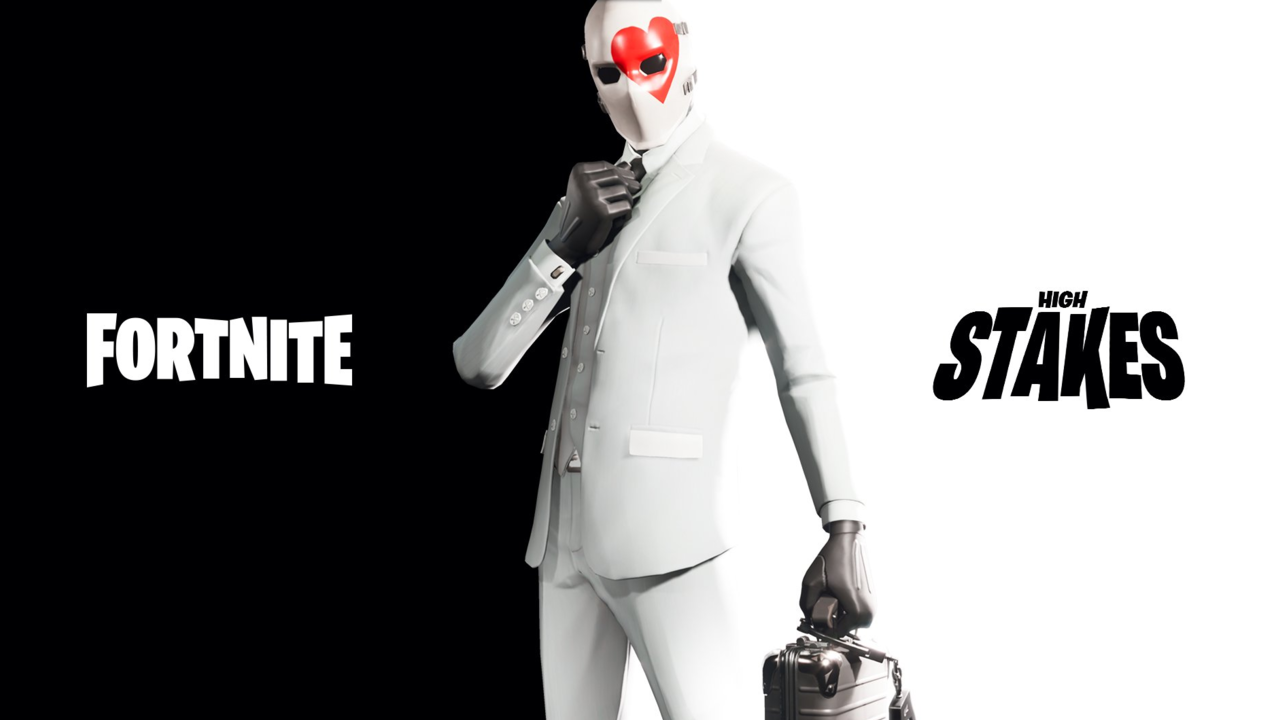