Universal’s big-budget sequel Jurassic World: Fallen Kingdom came away with an easy win at the box office in its second weekend, but this “victory” also indicated that it likely won’t have nearly as much staying power as its predecessor. Jurassic World:

Fallen Kingdom took in an estimated $60 million, more than triple the respective tallies of newcomers Sony’s Sicario: Day of the Soldado ($19 million) and Lionsgate’s Uncle Drew ($15.5 million). This second frame total marks a sharp decrease of 59.5% from its $148 million debut, and while the staggering international total ($667.7 million) pushes the film near the $1 billion worldwide milestone ($932.3 million worldwide) after just 10 days, its domestic haul ($267.4 million) is certainly disappointing.

Get ready for more Shonen Jump for your buck.

Three new fighters from the classic manga Bleach were announced for the upcoming Bandai Namco Entertainment game Jump Force. In a press release, the publisher and developer named Ichigo, Rukia, and Aizen as playable characters for the crossover fighting game that already includes a number of fan favorites from the popular Shonen Jump magazine.

If you're unfamiliar, Ichigo Kurosaki is Bleach's main character who defends humans from evil spirits with the power of a soul reaper. Rukia Kuchiki is another soul reaper who wages her battle with an ice blade. Sosuke Aizen is a mystery man, though perhaps one of the most powerful soul reapers in the Bleach universe.

Super Smash Bros. Ultimate for the Nintendo Switch will be getting amiibo for Pichu and fan-favorite fighters Ice Climbers.

This news comes from Nintendo's official Japanese website, which mentions the production of Pichu and Ice Climbers amiibo as only a couple of "resurrection fighter" characters getting the amiibo treatment.

This suggests that even more of the currently announced fighters of Super Smash Bros. Ultimate could be receiving amiibo.

No images of the amiibo were shown on the official page, though it did reiterate that Inkling, Ridley and Daisy will receive their own amiibo, which was previously confirmed during E3. In addition to amiibo data from previous Super Smash Bros. games carrying over to Ultimate, Nintendo confirmed GameCube controllers will also be compatible with the upcoming game.

If you're excited for Starfield, you may not want to plan on completely abandoning your current-gen consoles just yet.

In an interview with Eurogamer, Bethesda Softworks Director and Executive Producer Todd Howard offered further comment about on what platforms to expect the the sci-fi adventure, announced during Bethesda's E3 press briefing, as the concept of "next-generation" was expressed during that briefing.

"What systems we put it out on — what's the hardware requirements — is still to be determined," Howard said. "We're pushing it; we're thinking very, very far in future so we're building something that will handle next-generation hardware. That's what we're building on right now, that's where our mind is, but that doesn't mean it wouldn't exist on the current systems as well."

Last month, Nintendo along with Dark Horse Comics released The Legend of Zelda: Encyclopedia (See it on Amazon), the third book in their series of Zelda almanacs. The nearly 330-page encyclopedia hosts a wealth of information that could put any Zelda fan to the test regarding their knowledge of the franchise, but it's also filled with sketches and developer notes that come directly from the creators who worked on each title.

With that said, here's a look at 20 of the most interesting facts we discovered while reading through The Legend of Zelda: Encyclopedia.

Giannis Antetokounmpo, a.k.a. The Greek Freak, is the NBA 2K19 cover star. His appearance was revealed at a press conference in his hometown of Athens, Greece earlier today.

Antetokounmpo currently plays for the Milwaukee Bucks, and in the 2016-2017 season became the first ever NBA player to finish in the top 20 for total points, rebounds, assists, steals and blocks. Basically, he’s really good at basketball. 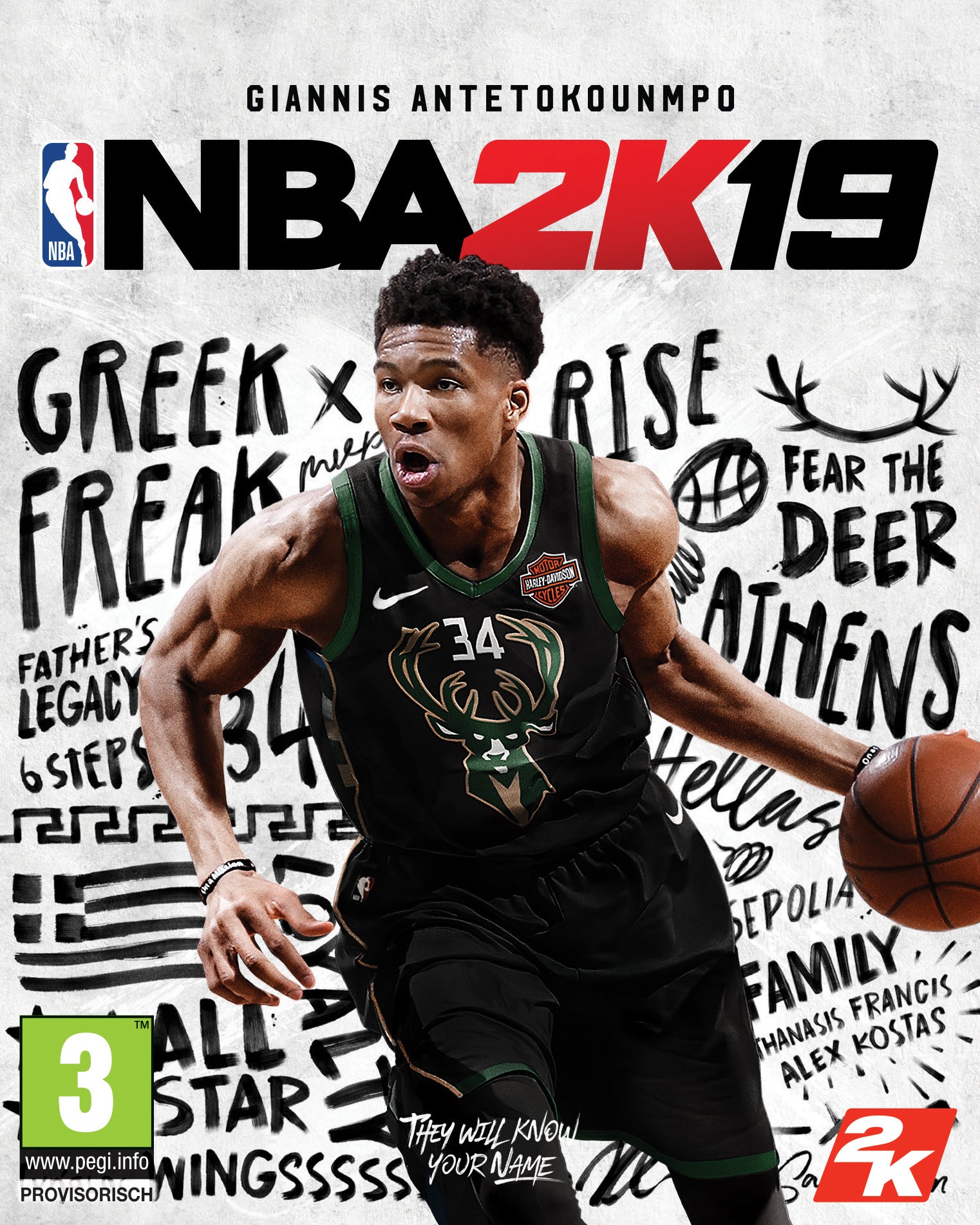 The Arrowverse has enjoyed some amazing growth over the past six years. What started as one series about a hooded vigilante has ballooned into a massive shared universe that touches on nearly every corner of DC Comics lore. Between Arrow, The Flash, Legends of Tomorrow and Supergirl, the Arrowverse is now several hundred episodes deep and still going strong.

Let's take a look back and spotlight the very best of the best with our breakdown of the 25 greatest episodes from those four shows. Did your favorites make the cut? Read on!

One of the hallmarks of the Superman franchise is that both Clark and his cousin tend to have bad reactions when exposed to the many colored variations of Kryptonite. That was the basis of this Season 1 episode, as exposure to red Kryptonite brought out Kara's dark side. It's a lot of fun seeing Melissa Benoist take such an evil turn, but this episode mined its premise for drama as well as laughs. For a series that routinely struggled to find itself during its first year, this episode served as a welcome sign of what was possible. 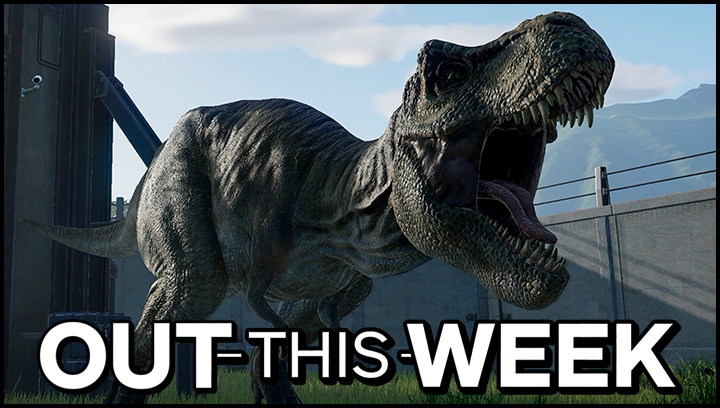 Epic Games gave a status update for the creative limited time mode on Reddit, highlighting three areas that need further testing before it's relaunched in Fortnite. "Aside from the scale tests, there are some other test scenarios we need to investigate, such as: exhausting server capacity, matchmaking queue back-pressure specific to the LTM,

recovering when new capacity is added, etc," the developer wrote.

Originally, Epic planned to bring back Playground on Thursday, but that obviously didn't pan out. The developer says another status update will occur in a few hours, but this time there's no specific timetable for the mode going live again.

PUBG Players Are Exploiting a Bug in the New Map

PUBG has a new problem, one unrelated to the much-maligned Event Pass. As was first reported by Kotaku, players have discovered a bug in the recently released Sanhok map that lets them glitch through the ground.

There's a spot in the terrain where the collision detection doesn't properly sync up with the textures, allowing players to hide underneath. It's not just a hiding spot, either. PUBG players can launch unfair ambushes by hanging out under the ground and shooting unsuspecting passersby without ever being seen.