Mario + Rabbids Prototype Was Made in Under 4 Weeks

When Ubisoft Milan pitched its idea for Mario + Rabbids Kingdom Battle to Nintendo, the team had just three and a half weeks to craft a playable demo before showing it to Mario creator Shigeru Miyamoto.

"The first time we proposed the prototype to Miyamoto, we had only three weeks and a half to come up with a playable prototype, because we truly wanted to show him gameplay," creative director Davide Soliani said on the debut episode of IGN Expert Mode.

Amazon has announced plans to put Starsky & Hutch back on the streets, steered by Guardians of the Galaxy writer/director James Gunn.

The Prime Video project is being developed in conjunction with Sony Pictures Television Studios and is being described as a character-driven, one-hour police procedural and “a continuation of the original 1970s series.”

Gunn will be working with writing partners Mark Gunn and Brian Gunn.

“When I was a kid, Starsky & Hutch was the first ‘adult’ show I ever saw, and I fell in love,” said James Gunn in a statement. “It instilled in me a lifelong love of gritty street shows, of killer ’70s threads, and muscle cars. So when Neal Mortiz asked me if I wanted to be a part of an all new Starsky & Hutch on TV, I was instantly intrigued. I teamed up with the two writers I trusted most in the world to work with us, my brother Brian Gunn and my cousin Mark Gunn and together we came up with a show that I’m really proud of. At Amazon I believed we would have the most freedom to create something that is different, challenges the audience, and that strays outside the parameters of genre from time to time.” 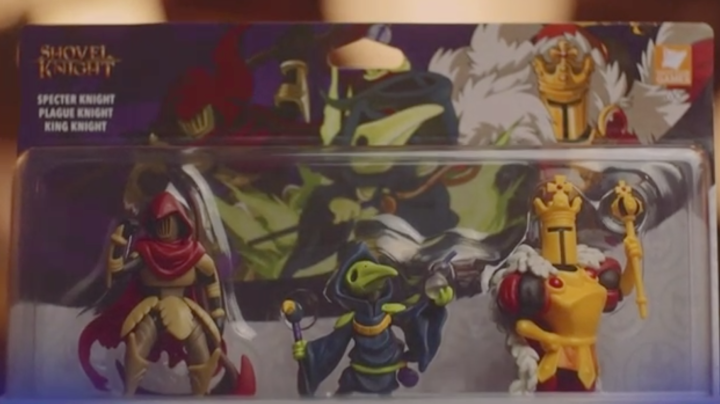 Alex Osborn is a freelance writer for IGN. Find him on Twitter at @alexcosborn.

Why Mario + Rabbids Made Him Cry

Have you ever wanted to actually sit down with one of the creators that made the game, and be able to just play and chat with them about everything that went into it? On our new show, Expert Mode, we move past the traditional interview format, and actually spend some time on the couch just chatting, playing, and learning.

The five episodes of the show will air first exclusively on Facebook’s new “Watch” platform, so be sure to follow IGN Expert Mode  if you want to see it before it airs in the weeks following on IGN, our apps and places like YouTube.

The stories vary depending on the guest and game, but in addition to learning about the game itself, we hear about things like how it was first pitched, if it had different design elements we never saw, and all of those inside stories you may always wonder about.

After suing Nintendo over the motion-sensing accelerometers used for Wii Remotes, iLife has been awarded $10 million by a Texas Jury.

Nintendo has provided a statement explaining "On Aug. 31, 2017, a jury in Texas found that certain Wii and Wii U video game systems and software bundles infringed a patent belonging to iLife Technologies Inc. related to detecting if a person has fallen down.

"The jury awarded iLife $10 million in damages. Nintendo disagrees with the decision, as Nintendo does not infringe iLife’s patent and the patent is invalid. Nintendo looks forward to raising those issues with the district court and with the court of appeals."

This award is significantly less than what iLife was originally seeking back when the case was raised nearly four years ago. Dallas law firm Munk Wilson Mandala originally filed a $144 million infringement case, on behalf of the company which used the motion sensing technology to monitor infants and the elderly.