Bobby Roode came into NXT last year in a big way, quickly established as a dominant presence in the ring, and someone whose entrance was, ahem... "Glorious."

Yes, that incredibly popular entrance music of Roode's certainly made an impression, which the current NXT champion discussed with me the day before NXT TakeOver Orlando, where he'll defend his title against Shinsuke Nakamura. We talked about that song, defining his persona in NXT, and what it was like to finally come over to the world of the WWE at nearly the same time as several other noted wrestling veterans like AJ Styles, Samoa Joe and Austin Aries. 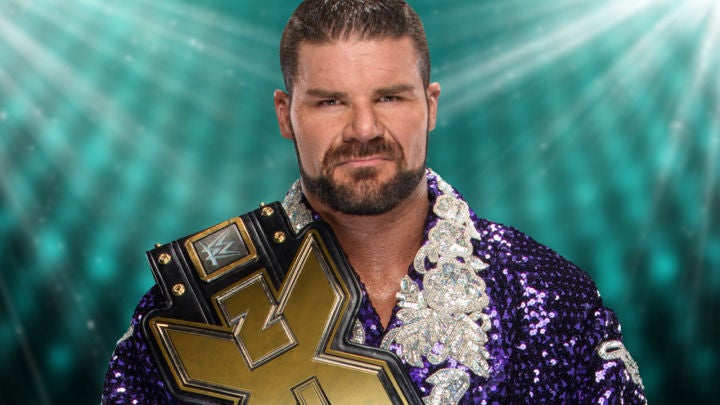 Help us get to 5000 likes! Like our page to get the latest deals straight to your news feed and also to find exclusive codes that we provide for our readers.

IGN have teamed up with SCDKey.com to offer readers a chance to win a Mass Effect: Andromeda (PC) key! This competition will run until Thursday 6th April at 1PM. See Terms and Conditions here.

In pro wrestling these days, the veil has been lifted more than ever, as various programs the WWE produces give insight into what goes into creating a wrestling persona and storyline and show the superstars in their daily life, letting us see in-ring bitter enemies as the actual friends they are.

All of which makes this Sunday’s WrestleMania 33 match between John Cena and his real life girlfriend, Nikki Bella, versus the Miz and his real life wife, Maryse, all the more intriguing. On SmackDown, the two duos have had some notably vicious promos lobbied at one another, ones that bring in a lot of issues and insults that work great as drama and certainly feel real (which the best wrestling angles often do, of course) – added to because Maryse’s accusations about Nikki and her sister, Brie, were first said on Total Divas.

That's a wrap on NBC's Grimm, which said its farewells and thanks to audiences in its series finale, "The End."

To celebrate the series' swan song, IGN got on the phone with showrunners David Greenwalt and Jim Kouf to unpack the final episode, look back at what could have been and answer our lingering questions. As such, spoilers for the Grimm series finale continue below.

IGN: What made you want to end this series where you started it, with a new generation of Grimm taking over in the form of adult Kelly and adult Diana?

JIM KOUF: I think it was a nice fairy tale ending bookend to the series, so I think kind of always knew we wanted to end

Anakin Skywalker himself Hayden Christensen will be attending Star Wars Celebration next month.

Lucasfilm has announced that Christensen will be one of the many famous panelists for the “40 Years of Star Wars" anniversary panel, which will focus on the impact and history of the franchise. Christensen, who played Anakin in Star Wars: Attack of the Clones and Star Wars: Revenge of the Sith, will also be signing autographs and meeting fans throughout Star Wars Celebration.