4 Things You Need to Know About Alien: Covenant

“Alien was a posh horror film,” says Ridley Scott. “I never think about it as a horror film, it just scared the sh*t out of people. It had too much class, to be conceited about it, to be classified as horror. Nothing wrong with horror but I think of horror as… well I better not get into that too much.”

We’d momentarily caught Scott by a stroke of luck as he prepared to shoot a scene inside a cavernous ceremonial hall, framed by enormous concrete heads of ancient gods, their aquiline features evocative of Prometheus’ Engineers. ‘The Hall of Heads’ was an interesting spot to chat to Scott, as it was a very Prometheus-like set - with all the enormity and gravitas that evokes in your imagination - within a very Alien-like movie.

The Nintendo Switch Pro Controller will work with Bluetooth-enabled PCs, a feature Nintendo has not mentioned previously.

As demonstrated by YouTuber DreWoof, the Pro Controller can be synced with a PC via the Windows Bluetooth Settings menu. IGN has independently verified this with its own controller.

However, the controller currently cannot sync with a PC using a USB-C connection (and it also cannot be charged through USB-C while using the Bluetooth connection).

Mads Mikkelsen ‘Got Lost’ Having Death Stranding Plot Explained To Him

Mads Mikkelsen says the Death Stranding plot is so elaborate he found himself "lost", but intrigued to find out more.

"He was trying to tell me the full plot of the game, and it's so elaborate that, I mean, I got lost but I really wanted to learn more. It's a big honour to be there.”

The Hannibal actor also discussed how he ended up on the project, crediting an unlikely source for helping him get involved:

“Kojima approached me for this video game and I didn't know what it was,” says Mikkelsen. “And then

told me who he was, and then I

The Best Place to Purchase Horizon Zero Dawn in the UK

Help us get to 2000 likes! Like our page to get the latest deals straight to your news feed and also to find exclusive codes that we provide for our readers.

We''re sure some of you are keen to get hold of Horizon Zero Dawn after IGN rated it an 'Amazing 9.3/10' (see review here). Below is a roundup of where to purchase it in the UK if you're ready to dive into an exhilarating new action role playing game exclusively for the PlayStation 4 system.

Currently the cheapest place to purchase Horizon Zero Dawn Standard Edition is at Amazon.co.uk: it is £42.00 with an Amazon Prime account. If you're not an Amazon Prime member, there is no need to worry - you can sign up here for a free 30-day trial.

The latest trailer for Guardians of the Galaxy Vol. 2 has given us our first look at Kurt Russell as Ego the Living Planet.

Revealed on Jimmy Kimmel Live, the new trailer ends with Peter Quill meeting his long-absent father. Here's a shot of the man/energy projection in question: 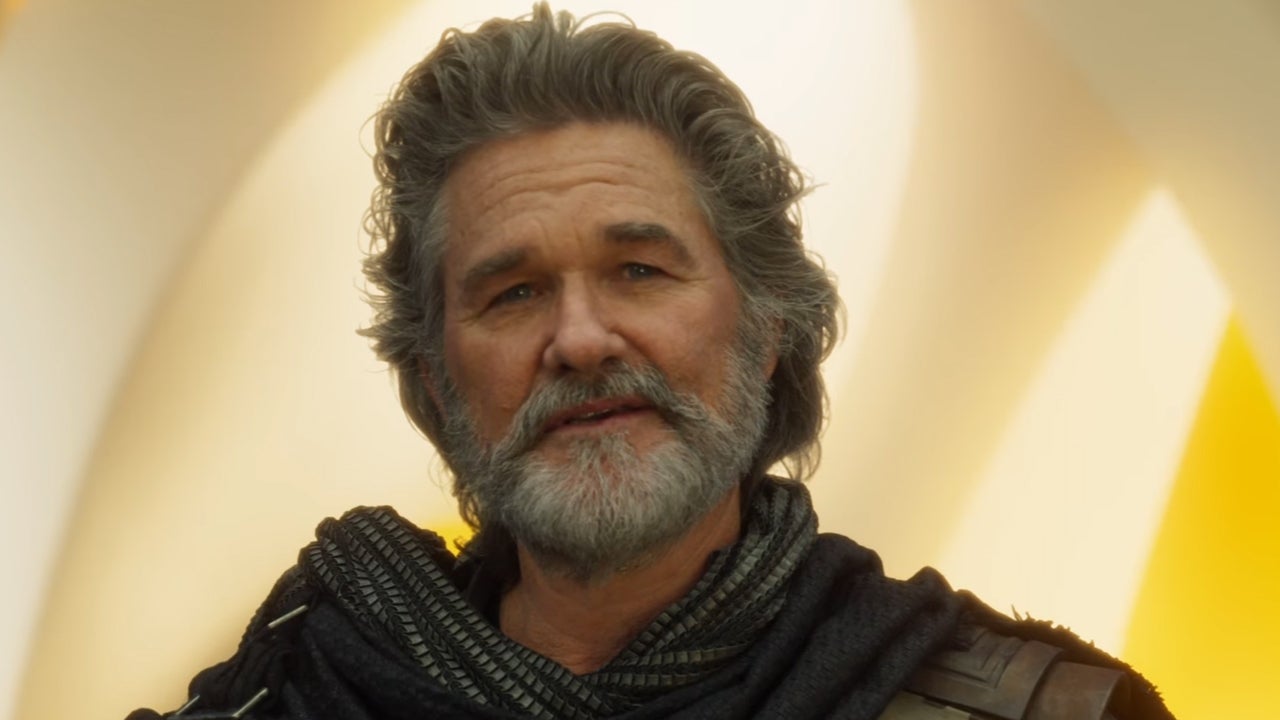 In the comics, Ego is, well, a planet with incredible intelligence and a faster-than-light propulsion device on its south pole. In the latest film, he has taken human form to reveal himself to Peter, and has apparently been responsible for raising Mantis, one of the new Guardians to join the team this time around.

Get Even Wants to Break Your Brain and Make You Cry

Some games refuse to be described in a single sentence. Get Even, from Polish studio The Farm 51, is definitely one of them.

It’s a first-person shooter, but it relies far more on exploration than blasting; firefights are few and far between. It makes a point to frighten players with the occasional tried-and-true jump scare but overall Get Even leans much more heavily on psychological horror for its chills. It’s an investigative thriller with what initially seems like a dash of simple sci-fi shtick, but it had twisted my brain into a pretzel after the first 60 minutes.

Get Even is all these things, which is what made pitching the game to publishers very difficult.

“‘So it’s a shooter? It’s a first-person shooter?’” says producer Lionel Lovisa, mimicking the kinds of questions the Get Even team were fielding from potential publishers. “And you say, ‘No.”

Christopher Nolan’s Dunkirk Will be Unconventional

During an interview with Premiere, as translated by The Playlist, Nolan revealed that the exposition-filled dialogue in the first trailer has been dialed back, and that Dunkirk will be told through the perspective of three different British soldiers.

The film will focus on the sky with Tom Hardy manning an air plane, the beach with Harry Styles, and the sea with the navy (Mark Rylance and Cillian Murphy). Nolan explained how the events of Dunkirk was different for those stuck on the beach, as they had to wait a week before being rescued while those stuck on ships were able to get out within a single day.

Old Man Logan Takes on Hulks of the Future

The new duo will begin a new phase of Old Man Logan's life, who is currently stuck in the normal Marvel Universe instead of his hellish alternate future known as the Wastelands. The story will see Logan take on Maestro, a future super-villain version of the Hulk, and the Hulk Gang from the Wastelands.

“From Logan's perspective, there's now a threat of Hulks from the future who're here, who shouldn't be here, which sets his own anxieties and fears off,” Brisson told Gamespot. “He's only recently begun to accept that his future isn't this world's future. And now that future has landed right on his doorstep. How does he cope? For Logan, it's as though he's got to relive the same nightmare over and over.”