"I don't know if I should tell you the truth about that cameo. It will kill all your fun," Lee said in an interview at MegaCon (via The Hollywood Reporter). "I was not in the topless dancing place. I did that in a studio and then they put it into the movie, and I'm damn mad about that!"

He jokingly went on to say he "made them promise" that he'll actually be on location the next time.

A new lady character is joining the cast of Cars 3 to help Owen Wilson's Lightning McQueen learn some new skills.

According to USA Today, Cruz Ramirez is a "young, Hispanic female race car," as shown in a new piece of concept art. 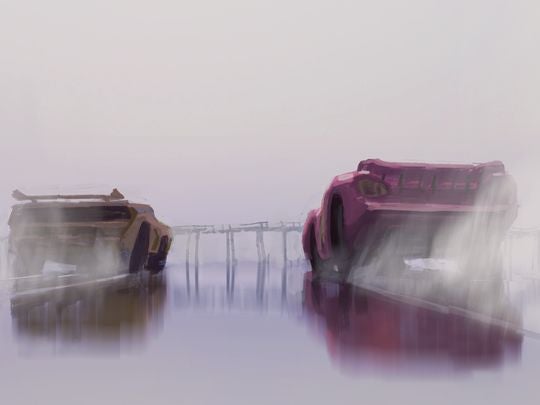 Creating a Legend: The Inside Story of The Last Guardian

Japan Studio is housed within a nondescript office block a few minutes walk from Shinagawa Station in Tokyo’s Minato ward. At present there’s no signage on the building itself, just a small panel on the sidewalk outside, and the inside proves to be just as low-key. Aside from a reception area with trophies and posters on the walls, this is a restrained, neutral space.

The lack of character is very much at odds with the studio’s output over the years, which has been driven – in large part – by vibrant art and ideas. Japan Studio, after all, created (and co-created) PlayStation exclusives like Ape Escape, Ico, LocoRoco, Echochrome, Tokyo Jungle and Puppeteer. It became known as a go-to for first party quirkiness; for the games that made PlayStation platforms different.

Watch Sony’s E3 Press Conference at a Theater Near You

PlayStation E3 Experience is making a return, as Sony has announced plans to once again screen its press conference live in select theaters on June 13.

The media briefing will be shown in over 85 movie theaters across the United States, Canada and Latin America. You can find the list of participating theaters at PlayStation Blog.

Tickets are free and will be available right here starting tomorrow, May 31 at 10am PT, 1pm ET. Attendees will receive a digital gift basket and exclusive PlayStation goods, including a collectible card and commemorative cup. Sony's E3 briefing will begin on Monday, June 13 at 6pm PT, 9pm ET.

The Fast and Furious actor confirmed via Instagram he'll be playing Clark "Doc" Savage in the film written by The Nice Guys writer Antony Bagarozzi and Jekyll writer Chuck Mondry. The crew met with Johnson this weekend to collaborate on the "very cool project." 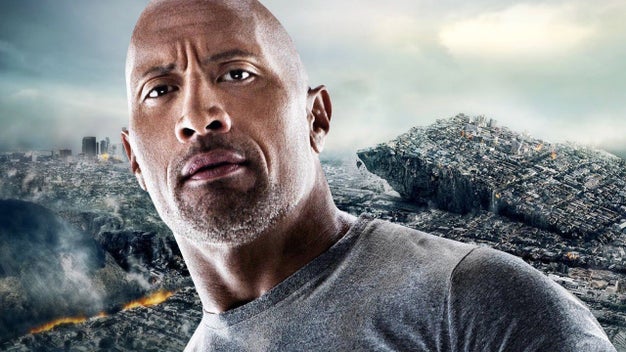 Johnson also laid out some history on the character, writing that Doc Savage was the original inspiration for Superman. "First name Clark, called 'Man of Bronze,' retreats to his 'Fortress of Solitude' in the Arctic," he wrote. "Doc was physically and mentally trained from birth by his father and a team of scientists to become the perfect human specimen."

Welcome to the full-spoiler discussion page for Season 2 of Netflix's Bloodline. This is for those who've watched all ten episodes of the second season and want to read my thoughts about plot specifics or comment down below about the finale or any other spoiler-ific aspect of the show.

Not that the Season 2 finale didn't land well, but one of the big hindrances to Season 2 was us knowing ahead of time that someone in John's way was going to die. We didn't know who'd bite the dust (though Marco and Eric were at the top of the list) and we didn't know who'd be doing the killing, but we knew it was coming. And that it would round out the season.

Wayne's death, at the end of Episode 4 was a sort of neat, bow-on-top happenstance. John was cornered and was about to bear the brunt of all the consequences and then the universe saved him. But we knew something else had to give because his decision to run for sheriff actively kept Danny's case open (at first for political reasons and then for actual reasons). And so the season remained about the Rayburn's big lie. Which meant that another huge line had to be crossed. Because for every bit of progress the siblings would make to sell their story, something else would simultaneously work to tear it down.

Here’s How to Watch the Powers S2 Premiere on IGN

Join us Tuesday, May 31 at 1 pm PT/4 pm ET for a live broadcast from the IGN homepage of the Powers Season 2 premiere, and then stick around as IGN’s Comics Editor Joshua Yehl interviews Powers co-creator Brian Michael Bendis and Calista actress Olesya Rulin. They’ll discuss what happened in the premiere, give some behind-the-scenes info, and talk about what to expect from the reason of the season.

Powers is a police procedural where partners Christian Walker (Sharlto Copley) and Deena Pilgrim (Susan Heyward) investigate the murders of superheroes as part of the Powers Division. Young Calista (Rulin) idolizes the world’s premiere superhero, RetroGirl, and believes she has dormant powers. Even though (spoilers!) her powers do awaken in the Season 1 finale, she’s in for a shock when she learns that RetroGirl has been killed, and it will be the investigation into her murder that will kick off Season 2.

Karl Urban is the rare Star Trek actor who’s also a Star Trek fan. Some of the stars of the various series and movies have chafed at the idea of being associated with Trek for the rest of their lives -- because that’s what happens once you sign onto a franchise this big -- others have worked hard to distance themselves from it, and still others have embraced the Star Trek of it all by diving fully in to the convention and fan scene. But few seem to actually be into Star Trek the way Urban is, able to name episodes and make a cogent argument over why The Motion Picture is his favorite of the movies.

Which is exactly what he did when I spoke to him the morning after Paramount’s big Star Trek Beyond Fan Event (read more about that here). Between Urban, his co-star (and Beyond co-scripter) Simon Pegg and director Justin Lin, it looks like Star Trek Beyond is a Trek movie being made by actual fans. I mean, when one of your stars starts dropping Kolinahr references, you know something’s up.

CORRECTION: The article below originally stated that Flaming Fowl expected a full release for Fable Fortune in late 2017. The expectation is that the game will arrive in early 2017.

IGN can reveal that Lionhead was secretly developing a free-to-play, Fable-branded digital card game, Fable Fortune, for 18 months before the studio’s closure - and now it’s headed to Kickstarter.

Flaming Fowl Studios is a new indie developer co-founded by Lionhead veterans Craig Oman, Mike West and Marcus Lynn and set up to finish the game its creators started. Microsoft has given the team its backing to continue to use the Fable license but, now without a publisher behind it, Flaming Fowl has turned to crowdfunding to complete the project.

Halloween director and horror legend John Carpenter doesn't think much of the Friday the 13th franchise.

Speaking on Bret Easton Ellis's podcast (as reported by Vulture), Carpenter revealed he wasn't a fan of some of the cash-grab movies that followed his seminal 1978 slasher flick. "One sprints from an organic idea and has a truly artist's eye working," Carpenter said. "And Friday the 13th...affects me as very cynical. It's very cynical moviemaking. It just doesn't rise above its cheapness."

Carpenter blames the slasher fatigue of the '80s on directors trying to appeal too hard to young people ( "that's what the teenagers want to see") and cheap budgets.