Return to World War II Again in Days of War

Bulkhead Interactive’s Battalion 1944 isn’t the only competitive shooter that wants to resurrect the spirit of classic World War II action games; it's now going to be sharing a foxhole with the newly-announced Days of War from Driven Arts. Days of War, like Battalion 1944, is multiplayer shooter aiming to “revive the style of classic WWII shooters from the 2000-2010 era.”

Driven Arts founder George Rivara explains Days of War began development two years ago and it is slated for a 2016 release on PC, Xbox One, and PS4. The team has launched a Kickstarter campaign “to accelerate the final stages of development.”

A new DLC pack of vehicles for Project CARS is available from today and features a quartet of US race cars.

Leading the pack is the dominant Corvette C7.R GTE, which won both of its first two North American Endurance Cup races in 2015 (including the 24 Hours of Daytona and the 12 Hours of Sebring) and also brought home the chocolates in the GTE Pro class at last year’s Le Mans 24 Hours. Slightly Mad Studios enlisted the assistance of Corvette driver and two-time Le Mans 24 Hours winner Tommy Milner to accurately recreate the C7.R’s driving dynamics within the game itself.

The US Race Car Pack is out today on all platforms. #ByRacers4Racers pic.twitter.com/alcsQnWFPv

To date Battalion 1944 has secured more than double the amount Bulkhead was seeking but the studio has several ideas for additional content should funding continue to increase. These include the addition of British and Russian soldiers (including female Russian snipers), an offline ‘Behind Enemy Lines’ mode (where players can fight in the game’s maps offline against AI bots and compete for high scores against friends), a new D-Day map, and even the addition of the Pacific Theatre.

Bulkhead notes that one of Battalion 1944’s most-requested features was a single-player campaign, though the studio stresses that such a feature would require “a significantly larger development budget.” The team has nonetheless added a final £1.2 million stretch goal that would see the addition of a single-player allied campaign.

Sony has laid out what’s coming in the next major PlayStation 4 system software beta.

Codenamed “Musashi,” beta 3.50 brings with it online friend notifications, an event organiser for those looking to schedule gaming sessions in advance, and the introduction of livestreaming service Dailymotion. That's as well as the long-awaited feature to appear offline.

Although not present in the next beta, Sony also mentions the update will make Remote Play available via PC and Mac.

The beta for update 3.50 starts on March 2. If you’ve previously signed up for the beta, keep an eye on your email for instructions on how to access it.

Konami has announced that the new DLC for Metal Gear Online will be available from March 15, 2016.

From April 7, 2016 you'll also be able to play new mode Survival which pitches teams against each other to compete for the highest win streak. 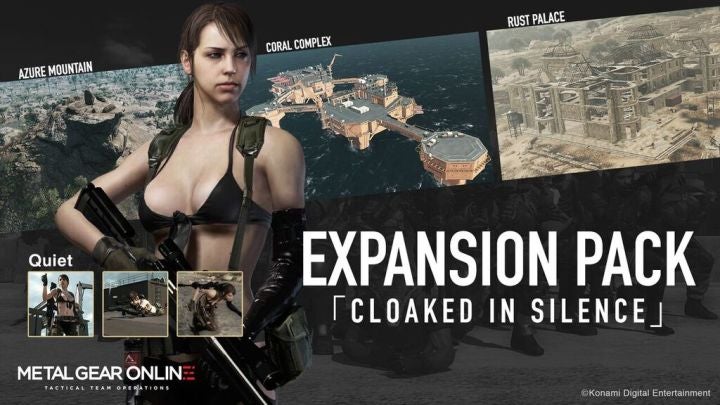 The HTC Vive sold over 15,000 units in less than ten minutes.

The virtually reality system sold out just minutes after the device went on pre-sale yesterday.

Munn on Psylocke’s Future and Why Deadpool Succeeded

Although Olivia Munn is not entirely sure what's next for Psylocke—the character she plays in Marvel's X-Men: Apocalypse—she is excited for fans to see how "strong and lethal" her character is in the upcoming film.

.@OliviaMunn can't wait for the world to see her as Psylocke in X-Men: Apocalypse. https://t.co/FIKDcvSVdZ

As Munn has previously demonstrated, Psylocke has serious skills with a sword. In fact, the X-Men actress stopped by IGN's office earlier in February to showcase how well she can swing a blade. Speaking to MTV News on the Oscars red carpet, Munn implied lots more of that would be shown in the movie.

Modern game development can be a very collaborative process. We now live in an age of open and closed betas, where gamers are regularly given the opportunity to play works in progress and help developers make the final product better. Blizzard has very much embraced this approach in recent years, and the development of its new shooter, Overwatch, is another good example.

was the desire for a new game mode,” says game director Jeff Kaplan. “We were, for a long time, experimenting with this Control game mode, and then when the feedback started to bubble up… that people were very interested in seeing more, we accelerated the process and we basically doubled down on it. Originally, the new game mode was going to come in very late: for launch or maybe post-launch. What we did is we said, ‘Hey, it’s working. We think it’s fun. We feel like it’s something based on feedback we should get in sooner rather than later.’”

Daisy Ridley Says ‘Luke Is So Cool’ in Episode 8

"Me and Mark have been rehearsing a lot, and it's really amazing," Ridley told MTV News on the Oscars red carpet Sunday. "We we went back to Skellig

to do the opening of

VIII, it was crazy doing the same scene with a different crew of people."

She mentioned the film isn't just two hours of Rey and Luke staring at each other, but she is "very excited to be doing the rest of the stuff."

Nintendo's newly renovated flagship store has opened in New York City. The location was formerly known as the Nintendo World Store, but closed down for renovations and rebranding as "Nintendo NY."

The Nintendo World Store closed January 19 and reopened February 19 as Nintendo NY. The newly-named and newly-designed location in Rockefeller Center is still the geographic center of the Western Nintendo retail world. More than just a place to pick up Nintendo wares, however, Nintendo NY is a mecca of sorts for Nintendo fans.

If you're a Nintendo lover, retro gamer, or Pokefan, there's plenty to see at the new Nintendo NY location. From classic Nintendo consoles to game design documents, to Pokemon, Pokemon, and more Pokemon, it's like a Nintendo dream factory made gloriously real.