EON, MGM Won’t Decide Who New Bond Studio is Until 2016

Although SPECTRE only just opened in the UK to great success (and is poised to debut in the $80 million range stateside November 6), the future of the James Bond film franchise is now poised to undergo a big change.

Sony Pictures Entertainment's distribution deal with Bond producers MGM and EON Productions expires with the release of SPECTRE, and it's widely understood that 007 will find a new studio home come James Bond 25.

The Wall Street Journal and Deadline report that, should MGM and EON not make a new deal with Sony, the contenders for the Bond distribution rights include Warner Bros., Universal, and Paramount. Deadline adds that Disney may also want to add another gem to its crown of franchise properties as well.

Destiny's microtransactions have proven to be quite popular among PlayStation gamers, as three of PlayStation Network's top five add-ons are packs of Silver, the shooter's in-game currency.

According to PSN's list of Top Add-Ons (via Reddit), the 1000 (+100 Bonus) Silver option for $10 and 2000 (+300 Bonus) Silver for $20 are the second and third most popular purchases, respectively. Interestingly enough, the only add-on more popular is the game's expansion, Destiny: The Taken King.

Nintendo CEO Tatsumi Kimishima predicts big things for both its mobile push and the upcoming NX.

In an interview with Nikkei (via Kotaku), Kimishima said he sees potential for "the biggest profits ever" within three years.

"I don't think the Wii and the DS's sales period is our ceiling," he said.

He also explained some specific moves that make him confident in the company's future. He was characteristically tight-lipped about the NX, but did say it "offers a totally new experience."

Kimishima talked about how translating its Miitomo mobile app into different languages will help boost its numbers of registered users.

Longmire Renewed for Season 5 by Netflix

It looks like Netflix's interest in Longmire wasn't just a one season fling.

Just published on the Longmire Facebook page is the news that Netflix has renewed the series for a Season 5.

Canceled by A&E after three seasons, Longmire - starring Robert Taylor, Katee Sackhoff, and Lou Diamond Phillips - was resurrected for a fourth season by the streaming giant. You ran read IGN's review of Season 4, which aired this past summer, here.

Nintendo is reportedly censoring risqué costumes in Xenoblade Chronicles X for the West.

A series of tweets by user Teigake (via NeoGAF), reveal a set of costumes more appropriate for Lin, a 13-year-old character in the Japanese version of the game. Lin is allegedly supposed to be 15 years old in the western release.

Lin is censored in the EU (and probably USA) version of Xenoblade Chronicles X. Left is EU and right is JP. pic.twitter.com/2Pr9HokYdf 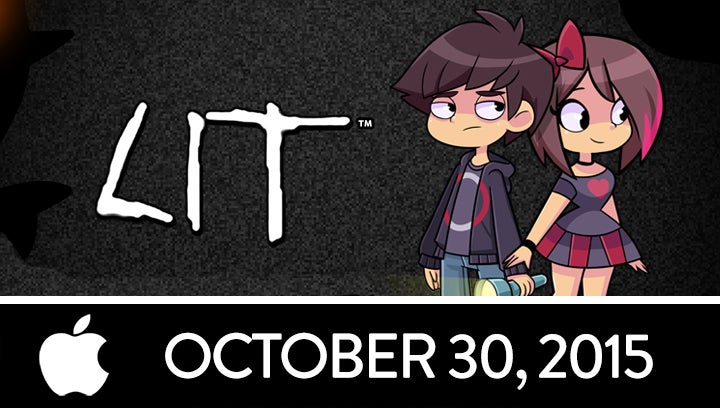 Originally released as a WiiWare title six and a half years ago, WayForward's spooky light-focused puzzler LIT is back with a totally visually remixed iOS encore beginning today. It's debuted just in time for Halloween, which is appropriate given its subject matter – but don't worry about getting too scared, as its more realistic and creepy graphics from the Wii days have been swapped out with a happier, cartoonier look this time.

Rapper/singer/songwriter Becky G is adding "superhero" to her already lengthy resume, as she's been confirmed to play the Yellow Ranger in Lionsgate's upcoming Power Rangers movie.

"Becky G is going to be bringing the action as the ‪#‎YellowRanger‬ in the Power Rangers Movie! Let the countdown to 2017 begin." a post on the film's official Facebook page announced. 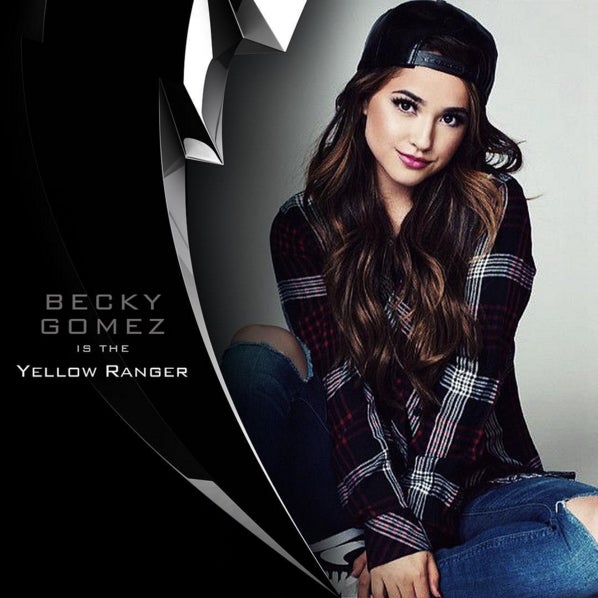 With the casting of the Yellow Ranger now confirmed, the entire Power Ranger team is now assembled. (Unless they're going to be featuring a Green Ranger in the movie, of course. But who could fill Tommy's shoes?)

A Once Upon a Time Twist Left Merida Actress “Utterly Shocked”

Merida might be under the Dark One's control in the present day of Once Upon a Time, but in Sunday's episode "The Bear and the Bow," fans will get to see what the Brave character was like before she met up with Emma Swan.

To preview her first flashback episode, Amy Manson got on the phone to talk about what's ahead for Merida, share the part of her character's backstory that left the actress "utterly shocked" and discuss what helps her get into character.

IGN: Obviously things have heated up a little bit for Merida, but what can you preview for what we're going to be seeing in this Sunday's episode?

Manson: Her courage is tested, brothers' lives hang in the balance, and it's her mission to save her brothers from being killed. So that's a big part of this episode, and you'll find out she brings along Belle on her journey to help her, because she sees something at the start of the episode 6 -- she meets Belle in Storybrooke, and Belle does something that Merida sees that could help Merida on her mission to save her brothers. So they strike up a friendship through that.

Rumor has it that should The Batman -- the solo film reportedly starring (and possibly to be directed by) Ben Affleck and co-written by Geoff Johns -- happen, it will take its inspiration from two of the Caped Crusader's most popular and myth-shaking stories of recent times: "A Death in the Family" and "Under the Hood".

According to JoBlo, "the basic plotline of Affleck’s solo Batfilm is that Jason Todd has returned from the grave as the Red Hood, working in the shadows to make people think he's Batman, while making  Batman look like a criminal. At the same time he leaves clues about his identity for Bruce/Batman to ultimately solve, leading to a confrontation that will involve Batman, Red Hood, and yes, The Joker, who will feature as a primary villain alongside Red Hood."

PS Plus: The Walking Dead: Season 2 Free in November

Sony has pulled back the curtain on its lineup of titles that will be available free to PlayStation Plus subscribers during the month of November, and Telltale's second season of The Walking Dead leads the pack.

In addition to The Walking Dead: Season 2, PlayStation 4 owners are also getting Magicka 2. Meanwhile, both Mass Effect 2 and Ubisoft's enhanced port of Beyond Good & Evil will be free on PS3.

On the handheld front, Invizimals will be free all month long, as well as Dragon Fin Soup, which will also be available for PS3 via Cross-Buy and PS4. According to Sony's announcement on PlayStation Blog, you'll be able to pick up each of these games without paying a cent when the store updates this coming Tuesday.