The figure comes courtesy of Famitsu (via Neogaf) and includes four key titles: the original Dark Souls and Dark Souls with the Artorias of the Abyss expansion, as well as Dark Souls II and the remastered release, Scholar of the First Sin.

Demon's Souls and Bloodborne are not included.

As for specifics, Dark Souls and the Artorias of the Abyss sales stand at just over 5 million, while Dark Souls II sales are just under 2 million and Scholar of the First Sin edition sales for PS4 and Xbox One sit at around 530,000. Interestingly, it's on the PC that the game has seen runaway success, with more than 3.25 million copies sold on that platform.

Lab Zero Games announced today that Skullgirls 2nd Encore, the updated version of its original 2D fighting game, is coming to PlayStation 4 on July 7 in the U.S.

The developer is aiming to release the PlayStation Vita version six weeks after the launch of the PS4 version. Fans can currently pre-order the game now and those who buy it on PS4 can get it PS Vita and vice-versa.

Thrilled to finally announce that #Skullgirls 2nd Encore will be available on US #PS4 on 7/7! Pre-order now if you haven’t already!

Windows 10 Preview Gets Even More Xbox Features This Month

A slew of new Xbox on Windows 10 features are heading to Windows Insider members with a new app preview version rolling this month.

As outlined on the Major Nelson blog, the update introduces a "My Games" section that lists installed games from the Windows Store. The preview adds an enhanced game hubs that allows users to initiate an Xbox One game streaming session from its game hub page. 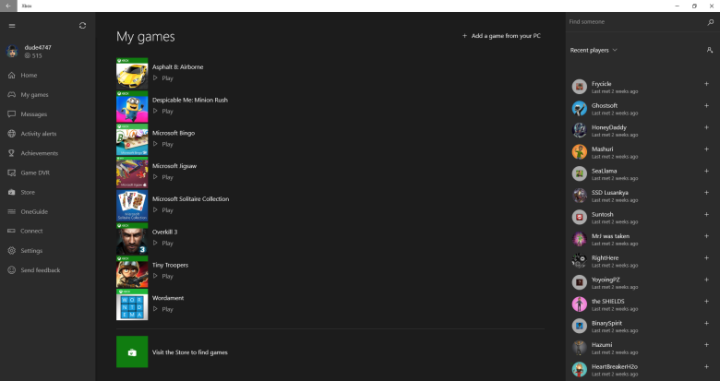 Roberts explains that ongoing technical and gameplay-related issues are hindering the release of the FPS component that was initially slated to launch shortly  after PAX East in April.

“The tl;dr is that we feel the current build doesn’t feel like it lives up to the standards we’ve want to achieve with Star Citizen,” the post reads. “There are several issues that will need additional time in order to deliver the first iteration of the gameplay we want you to experience. The challenges facing the FPS launch are a mix of technical blockers and gameplay issues.

Leader of the Commonwealth Minutemen Preston Garvey is now available in shelter, as is his Laser Musket. Preston is categorized as a Legendary Dweller, which means you'll need to open a lunchbox - which you can also purchase with real world cash -  in order to find him.

Launched at E3 a couple of weeks ago, Fallout Shelter has been hugely popular, with play sessions surpassing 70 million per day globally in its first week.

Marvel Turns Skottie Young’s Art Into the Cutest. Pins. Ever.

Here's a full checklist of Marvel's adorably exclusive Comic-Con pins, based on existing cover designs by Young, along with some pics of the packaging: