Ghosts and dinosaurs do battle with movies stars and an ageing super-sleuth in June’s movie preview. As ever, the list is based on films released in the UK this month, but includes Australian and US release dates.

The big release this month: Jurassic World is the first Jurassic flick since 2001, and finds Safety Not Guaranteed helmer Colin Trevorrow assuming co-writing and directing duties. Set in the present day, the story finds the park now up-and-running on holiday resort Isla Nublar, but in search of the next big attraction, the owners decide to create a hybrid dinosaur. But the Indominus Rex isn’t too keen on being a theme park attraction, meaning that disaster, predictably, ensues.

Hot off the heels of the latest Japanese Direct, Nintendo has revealed some fresh details about Fire Emblem if.

First off, amiibo support. If you own either Marth, Lucina or Ike, you’ll be able to plop them on the 3DS and they’ll appear in-game.

Secondly, Nintendo released a video demonstrating the My Castle feature. Once pimped out, you’ll be able to swap Castles via StreetPass, then visit other towns and fight in other people’s parties.

In case you didn’t know, Fire Emblem if comes in two flavours in Japan: Fire Emblem if: Black Kingdom or Fire Emblem if: White Kingdom. Their differences are comparable with Nintendo’s much-loved Pokémon series. The story differs from game-to-game, and in a hook of its own, difficulty also varies in each version.

Catalin Alexandry Duru, a Canadian software engineer, has broken a new world record for distance traveled on a hoverboard.

While engineers have been trying to solve the hoverboard problem using magnetic fields, Duru simply used a propeller based method, meaning he basically flew over the lake standing on a drone.

Along with his business partner Philippe Maalouf, Duru has been working on the drone for five years. They attribute their success to new high powered motors.

The European Space Agency has released a set of NAVCAM images of Comet 67P/Churyumov-Gerasimenko showing space enthusiasts what they would see if they stood on a comet.

The images were captured by Rosetta’s OSIRIS camera between September 23 and November 21 last year as the Philae lander descended to the surface. The images were taken a distance of 8 km from the surface and immediately following its landing.

Philae landed on the comet on November 12 and experienced a hiccup when it lost power for a short period as its landing site offered less sunlight to charge its solar panels. But not before it sent some photos of the comet's surface back to Earth

Betsy Palmer, best known as Jason's murderous mother, Pamela Voorhees -- the original killer in the iconic horror flick Friday the 13th -- has passed away at 88.

Palmer appeared in a number of films, TV and stage shows throughout the 50s, including quiz show I've Got a Secret, iconic musical South Pacific and war flick Mr. Roberts (alongside Henry Fonda). She took on the role of Mrs. Voorhees in 1980 to pay off her car, and was originally quite vocal about the quality of the film, famously claiming "what a piece of sh*t! Nobody is ever going to see this thing." 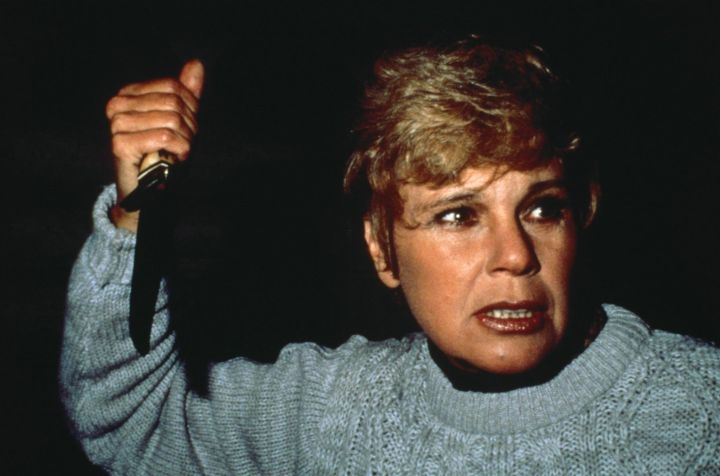 Betsy Palmer as Pamela Voorhees in Friday the 13th.

Pre-orders are live at online toy retailer Entertainment Earth for the figure made by Bif Bang Pow! It features two whales with tails that bobble (rather than the heads) and a miniature Spock, played by Leonard Nimoy, who sadly passed away earlier in the year.

Lucius Fox is going to have a much bigger role to play in Season 2 of Gotham.

TVLine is reporting that Chris Chalk (The Newsroom) is set to reprise his role as Fox in the second season of Gotham.

Despite his brief appearance, Fox provided essential information to young Bruce Wayne (David Mazouz) that help to set him on his path to becoming the Batman.

Report: Nintendo’s Codename NX Platform Will Be Android Based

According to the report, found and translated by NeoGAF user duckroll, claims that NX’s operating system is Android based come via an insider source. The move to an open platform like Android is an attempt by Nintendo to give “developers more flexibility in making content that can also be on smartphones and tablets.”

Driveclub Servers Being Replaced as Preparation for PS+ Edition Continues

Driveclub developer Evolution has announced a “significant server upgrade” for Driveclub will be happening at 10am BST on Monday June 1 (2am PDT, 5am EDT, 7pm AEST). Game Update 1.16 will also be pushed live during this period.

Evolution has explained via the official Driveclub Facebook page that the servers that power Driveclub’s Challenges are being replaced and upgraded. Evolution notes this process will bring “bigger, better challenges and improve server performance across the game as we continue to work to make the PlayStation Plus Edition of Driveclub possible.”

The caveat is that, after the new servers are live, your Challenges and Event History will “start afresh” so Evolution has warned players to schedule challenges to end before 10am BST, June 1. Events that are still active during the update won’t continue on the new servers.

New to Netflix Australia for June 2015

Welcome to the inaugural edition of New to Netflix Australia, where we share the highlights coming to the Australian/New Zealand version of the streaming service.

This month, there are two Netflix original series to look forward to - the premiere of the Wachowski's ambitious sci-fi drama Sense8 and season 3 of acclaimed prison dramady Orange is the New Black - while a couple of gems can be found among the movie offerings. Haven't seen Wet Hot American Summer? Now's the time. Let's break it all down!

All Title Dates are Subject to Change.