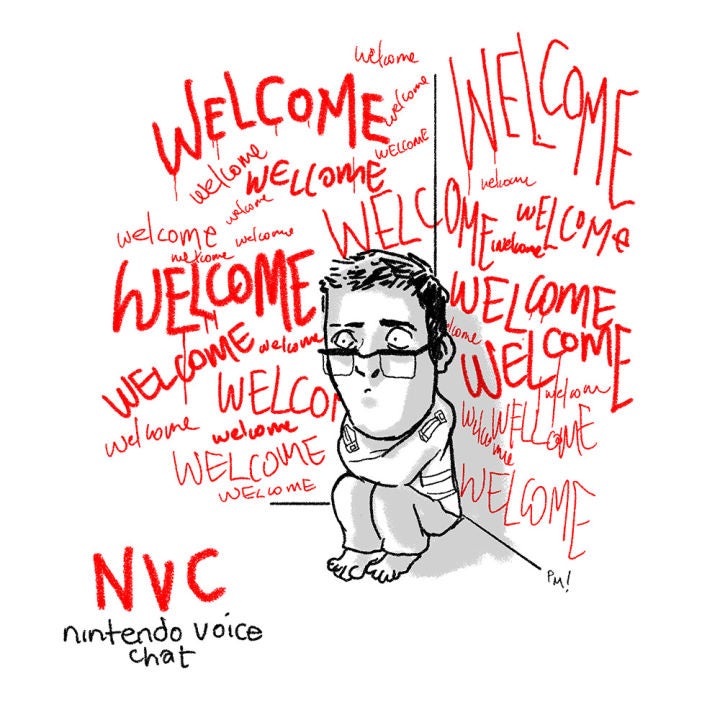 Huanted by the word "welcome," Jose heads into isolation. Art by Pandamusk.

Jeff Bridges’ New Project Will Put You to Sleep

The Jeff Bridges Sleeping Tapes is a double album featuring The Dude's gravelly voice against a backdrop of soft piano and other ambient sounds.

Jeff Bridges as The Dude in The Big Lebowski

Bridges recorded the album with composer Keefus Ciancia, who has written music for True Detective and Nashville.

"While working on the Sleeping Tapes album we put in some long hours," Bridges told Fact. "Listening back to our day’s work, I’d often drift off. I’d wake up and smile saying, 'This stuff works.'"

Who is the Greatest X-Man Ever?

Everyone has their favorite X-Men story filled with iconic members of the mutant superhero squad. Names like Wolverine, Gambit, Rogue, Professor X, and Cyclops are synonymous with the word superhero.

But who are the absolute best X-Men? And for that matter... who are the worst? Cast your votes now in IGN's X-Men Character Battle to help settle this once and for all. The face-off matches up every X-Man ever in an ever-remixing selection of 1 vs. 1 duels. The more votes are cast, the more the system learns which X-Men should be at the top of the list, and which should be forgotten *coughJosephcough*.

The Batman Unlimited movies will feature a wide roster of DC characters, like The Flash, Red Robin, Nightwing, and Green Arrow. They'll team up to take on Penguin. Those will be released on Blu-ray, DVD, and digitally. Two 22-minute shorts will be available on digital platforms and a companion app. The Super Friends shorts will be on their own app as well.

More details have been revealed about the new carnivorous dinosaur featured in this summer's Jurassic World.

Called the Indominus Rex (aka Fierce or Untamable King), the creature stands at a length of 40 feet and most closely resembles the Tyrannosaurus Rex. Its biography on the official Jurassic World website, however, explains that its horns, head structure, and thick, bony skin make it different from the massive predator featured in previous Jurassic Park films.

The Indominus Rex was created by genetic engineers at the Hammond Creation Lab using genes from a variety of dinosaurs, including Carnotaurus, Majungasaurus, Rugops, and Gigantosaurus, we're told. Its roar rivals the sound of a 747 jet engine taking off, and the creature is able to reach speeds of up to 30 mph while running in its enclosure.

Check out The Official Game of Thrones Season 5 Trailer!

HBO unveiled their Season 5 trailer at an IMAX screening open to the public last night and our own Joshua Yehl was there to see it all of its glory, check out his response below!:

Game of Thrones in IMAX: Here's What We Thought

HBO has now released the official Game of Thrones Season 5 trailer via their YouTube channel, which you can check out for yourself below!

What do you guys think?

Winter can't get here fast enough for us!

Will You Join the Marvel Collector Corps?

Subscription boxes like Loot Crate are all the rage these days. Who doesn't love receiving a monthly mystery box full of toys and comics and T-shirts and other geeky swag? Now comic fans have a new option, as Marvel is teaming up with Funko for a subscription box called Marvel Collector Corps.

Welcome back to Keepin' It Reel! In this week's podcast, Jim Vejvoda, Roth Cornet, and Chris Carle bring you the latest in genre movie news.

Good news: You can also now watch this week's full episode as a video!

Finally, we're joined by actor Lance Reddick (Fringe, The Wire, Lost) to talk about the Blu-ray release of John Wick and more.

Is Oderus Urungus the Next Mortal Kombat X Character?

Metal fans are petitioning to have late GWAR singer Dave Brockie immortalized as a playable character in Mortal Kombat X.

Pictured below as his on-stage character, Oderus Urungus, he sort of looks like a mixture of Shao Kahn and Baraka. The petition has nearly 3,700 signatures, and its creator, "Boston Brand," is aiming for 5,000. From the petition page:

"People who are familiar with GWAR know Oderus Urungus, (played by Dave Brockie) the former singer of the band, unfortunately passed away last March. Oderus was as hilarious as he was viscous, and also one of the most colorful and creative characters not only in rock history, but also history in general. Though his music will live on, what better way would there be to further immortalize (toasty) Oderus Urungus then to have him be a playable character on Mortal Kombat X."

World of Warcraft: Chronicle Explores the History of Azeroth

Dark Horse Comics has announced a new partnership with Blizzard Entertainment and the debut of a new book series called World of Warcraft: Chronicle. These hardcovers will delve into the complex history of Azeroth, dating all the way back to the creation of the Warcraft universe and exploring the many wars and empires that shaped this fantasy world.

The first volume of World of Warcraft: Chronicle will feature more than 20 full-page illustrations from World of Warcraft artist Peter Lee. Dark Horse provided us with an exclusive first look at some of these paintings, and they look pretty awesome. Check them out below:

“We often get questions from players who want to know more about the origins of the Warcraft universe, and the rise and fall of their favorite characters” said Blizzard's chief operating officer, Paul Sams, in Dark Horse's press release. “This new series digs deeply into all of that—we can’t wait for players to read it.”